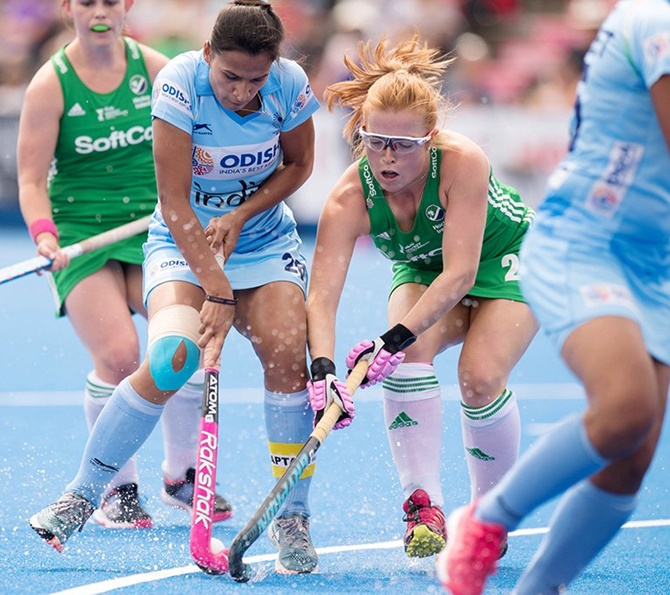 Indian women are in danger of missing out on a quarter-final berth after Ireland pulled off a 1-0 victory in a hockey World Cup group league match, in London on Thursday.

A 13th minute penalty corner conversion by Anna O'Flanagan was all that Ireland required as they doggedly defended to record consecutive upsets in the tournament en route a quarter-final berth. Ireland had earlier shocked world No 7 USA 3-1 in their tournament opener.

It was also India's second consecutive defeat to Ireland having lost to the same opponents 1-2 in their last encounter at the Hockey World league Semifinals in Johannesburg last year.

By virtue of this win, Ireland are now leading Pool B with six points, followed by England (2 points), India and USA (1 point each).

Placed six places above Ireland in the world rankings at No 10, the Indians came into the match as favourites but they never looked the part. Ireland, on the other hand, grew in confidence as the match progressed and looked more threatening.

Clearly, India lacked energy and vision and with temperatures and humidity soaring high, Rani Rampal and his team were caught napping by the Irish on more than one occasion.

It was not that India did not create enough chances. If they failed to secure a single penalty corner in their 1-1 draw against England, they secured as many as seven penalty corners today but failed to utilise a single one.

Ireland took an early lead from their first penalty corner when O'Flanagan scored with a great deflection from a set piece. In total Ireland earned three penalty corners.

India also had chances to score from open play but the forwards lacked finishing touch as Ireland well.

In the last minute of the second quarter, Lilima Minz got an open ball inside the box but her feeble shot was an easy save for the Ireland goalkeeper as India went into the breather trailing by a goal.

After the change of ends, India got their fourth penalty corner in the 37th minute but Gurjit Kaur's flick was saved by the Irish goalie diving to her right.

The Indians continued to attack but the forays lacked sting. India got two more penalty corners in quick succession but to no avail.

In the final quarter, Ireland had a great chance to double their lead but an unmarked Nicola Evans failed to deflect in Kathryn Mullan's inch-perfect cross from the right flank.

In the 54th minute, India secured their seventh and final penalty corner but Ireland was impeccable.

Skipper Rampal got the best opportunity for India to draw level as she surged inside the circle after snatching the ball from an Irish defender but her fierce shot from one-on-one situation was just parried out by the Irish goalie.

India will next play USA in a must-win last pool game on July 29 to stand in with any chance of progressing to the knockout stage while Ireland will take on England. 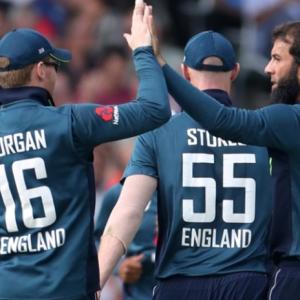