Women's Hockey WC: India lose to Ireland via shoot off 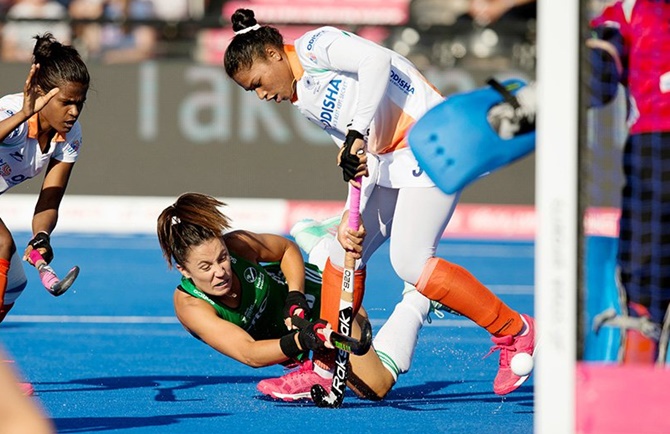 IMAGE: It was India's second defeat to World No 16 Ireland in the tournament after the 0-1 loss at the pool stages. Photograph: Hockey India/Twitter

India's dream of breaking their 44-year-old last four jinx lay shattered as Ireland registered a 3-1 win via shoot-off in the quarterfinal of the women's hockey World Cup, in London, on Thursday.

Poor execution in shoot-off cost India dearly as skipper Rani Rampal, Monika and Navjot Kaur failed to get past Irish goalie Ayeisha McFerran. Reena was the only scorer for India in the shoot-off.

Even though India goalkeeper Savita produced two saves in the shoot-off to keep her team in the hunt, it was not enough asIreland scored through Roisin Upton, Alison Meeke and Chloe Watkins to make their maiden World Cup semi-final.

It was great chance for India to recreate history and secure its first World Cup semifinal spot in 44 years but it was not to be.

The only time India had managed to enter the semi-finals of the show-piece event was back in 1974 in Mandelieu, France where they eventually finished fourth.

In the last edition of the tournament in Rosario, Argentina India had finished a disappointing eighth.

Interestingly, it was India's second defeat to World No 16 Ireland in the tournament after the 0-1 loss at the pool stages.

It was even-stevens in the first quarter with both India and Ireland failed to create any real scoring opportunity.

India and Ireland managed to penetrate each other's circle quite a few times in the opening 15 minutes but both the teams defended stoutly.

Both India and Ireland defenders came up with some strong challenges inside their own circle to deny each other.

Ireland had the first real scoring opportunity in the 23rd minute when Anna O'Flanagan's deflection from Kathryn Mullan's pass was saved by a diving Savita.

Three minutes later, India skipper Rani Rampal shot wide from close range after a fine one-two with Vandana Katariya as both the teams failed to break the deadlock in the opening half.

It was a dull third quarter as the play was mostly centred around the edges of both the ends.

The Indians and Irish both tried hard but they failed to get a single shot at each other's goal in the third quarter as the stalemate continued.

Desperate to break the deadlock, the Indians came out with more purpose in the fourth and final quarter and applied pressure on the Irish defence with constant forays.

The Indians were immediately rewarded when they secured the first and only penalty corner of the match in the 49th minute, but Rani's feeble shot was easily kept out by Ireland goalie Ayeisha McFerran.

It was struggle out there in the middle for both India and Ireland as both the teams failed to create any clear cut opportunities during the four quarters. 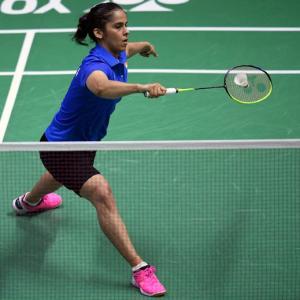 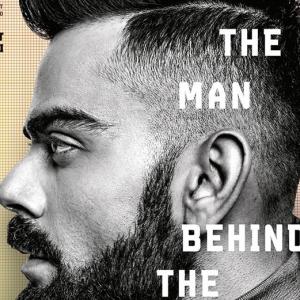