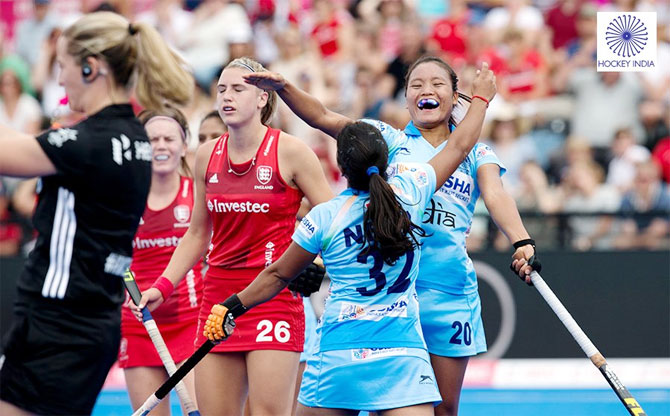 India produced an impressive display before conceding a late goal to play out a 1-1 draw against world number two England in their opening Pool B match of the women's hockey World Cup in London on Saturday.

Neha Goyal gave India the lead in the 25th minute before Lily Owsley equalised from a penalty corner in the 54th minute.

World No 10 India punched above their weight and gave England a run for their money in the keenly-contested duel.

India matched higher ranked England stick for stick in the opening two quarters even though the hosts had more scoring chances with five penalty corners coming their way.

But the Indian defence was up to the mark with goalkeeper Savita Punia stealing the limelight with some brilliant saves to keep England at bay. While India looked promising on open play, the home team kept on earning penalty corners.

England earned their first penalty corner inside 32 seconds of the game and then another in the eighth minute but on both occasions the Indian defence kept a tight vigil to keep their goal out of danger.

They earned two more penalty corners in the second quarter but on both occasions, Savita showed great reflexes under the bar to keep the danger away.

The Indians, on the other hand, caught the English defence off guard on more than one occasion from open play.

From one such occasion, India broke the deadlock in the 25th minute through Neha Goyal who found herself at the right place at the right time to direct the ball into the net and stun the hosts.

The Indians showed great fighting character to go into the halfway break by a slender one goal advantage. They kept a tight vigil after the change of ends and managed to hold on to their lead throughout the third quarter with impressive composure.

Trailing by a goal, England attacked in numbers in the final quarter in search of the equaliser but the Indians defended their citadel well and maintained their control over the proceedings.

In the 48th minute, England secured another penalty corner but once again the Indian defence stood tall to thwart the danger.

Five minutes later, England were awarded another set piece and they finally utilised the opportunity to draw level. Though Indian goalkeeper Savita blocked the initial attempt, Owsley found the target from the rebound as Indian defenders failed to clear the ball.

It was a much-improved performance from the Indians considering the fact that they were hammered 0-6 by England in the bronze medal match at the Gold Coast Commonwealth Games earlier this year.

Interestingly, the Indians had registered a 2-1 come-from-behind win over the same English side in the group state of the Commonwealth Games hockey competition.

India will play Ireland in their next Pool B match on July 26. 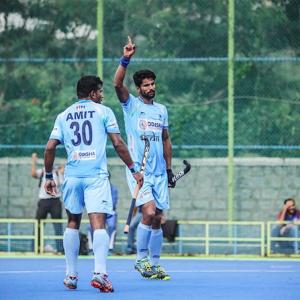 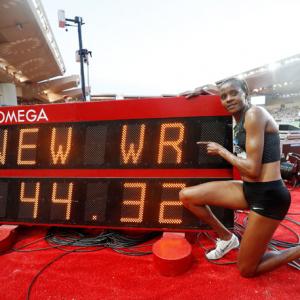