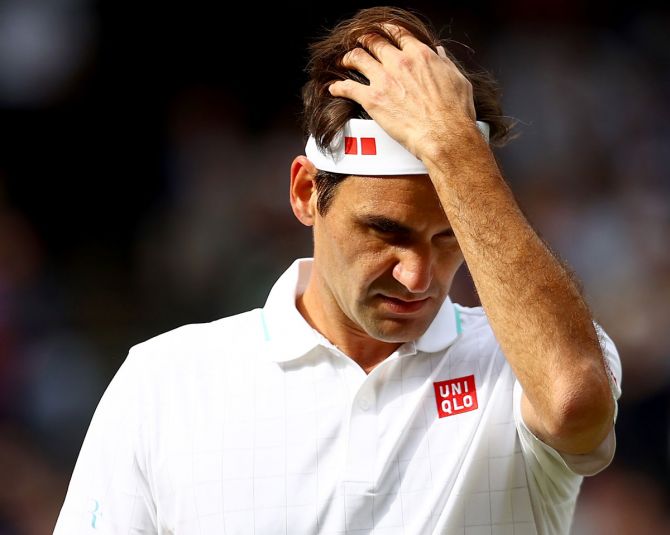 IMAGE: Roger Federer reacts during his quarter-final match against Hubert Hurkacz of Poland on Day 9 of Wimbledon on Wednesday. Photograph: Julian Finney/Getty Images

Before this fortnight, 14th seed Hurkacz had won only four matches on turf but no one would have guessed his lack of grasscourt pedigree after witnessing the stupendous display he put in against his own childhood idol.

All the cheers and standing ovations in the world could not save Federer from the Centre Court mauling as it seemed his 39-year-old body finally said enough is enough. 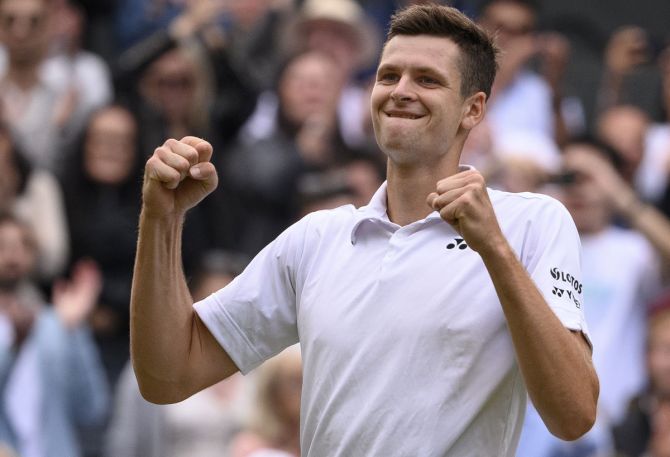 A Federer forehand into the tramlines handed Hurkacz the biggest win of his career while fans were left wondering that should this turn out to be the Swiss's final Wimbledon appearance, there could not have been a more cruel way to bow out than losing 6-0 in the final set of his 22nd appearance.

After celebrating his triumph with a flying leap, Hurkacz joined the near 15,000 fans who had packed into Centre Court to give Wimbledon's favourite son a standing ovation as he made a swift exit from the arena.

"I don't know if we will ever see the great man again here," former champion Boris Becker said, voicing the fears of thousands of fans who had flocked to the All England Club to see him and millions more watching on TV. 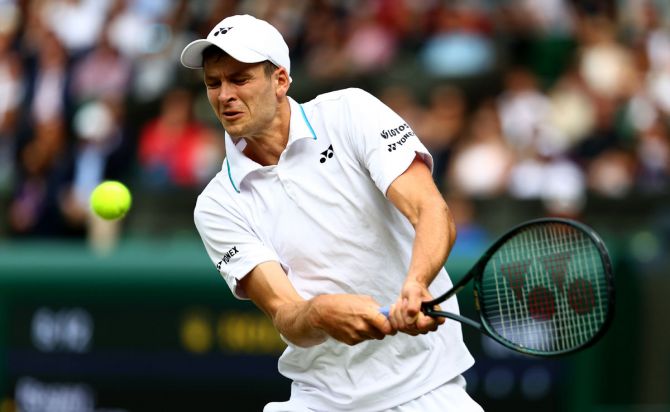 Hurkacz was just two when Federer made his Wimbledon debut in 1999 and aged six when the Swiss won the first of his record 20 Grand Slam titles at the championships in 2003.

He will be hoping he can keep up his remarkable and unexpected winning run in a tournament where he has not only beaten Federer but also knocked out world number two Danill Medvedev just a day earlier.

"It's super special for me playing on this special court against Roger, it's a dream come true," said the 24-year-old, who will play either Matteo Berrettini or Felix Auger Aliassime for a place in Sunday's final.

"I'm super-proud and super-happy to be here. I cannot wait for the next one."

Asked if he believed he could win, he replied: "Probably not!"

© Copyright 2021 Reuters Limited. All rights reserved. Republication or redistribution of Reuters content, including by framing or similar means, is expressly prohibited without the prior written consent of Reuters. Reuters shall not be liable for any errors or delays in the content, or for any actions taken in reliance thereon.
Related News: Roger Federer, Hubert Hurkacz, All England Club, Martina Navratilova, IMAGE
COMMENT
Print this article 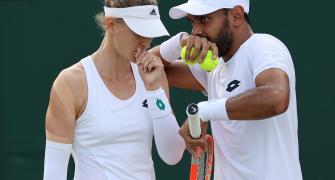 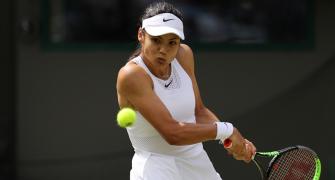 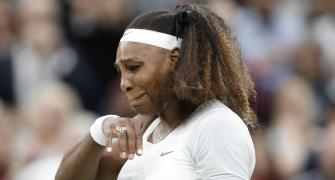 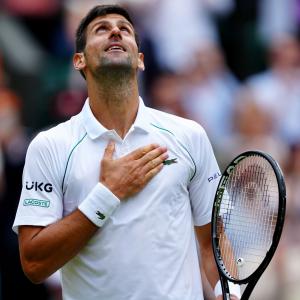 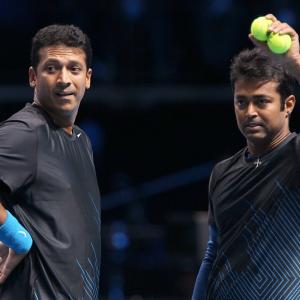