Wim Koevermans to take over as Indian football coach

The AIFF will announce the appointment of former Dutch international Wim Koevermans as the Indian football coach besides discussing issues concerning hosting of the Nehru Cup during its executive committee meeting in New Delhi.

Koevermans' appointment will end a more than a year's search for a full-fledged coach for the Indian football team after the sacking of Englishman Bob Houghton last year.

Also on the agenda will be this year's Federation Cup tournament, venue for which is yet to be finalised.

A well-placed source has confirmed that issues like number of participating countries in the Nehru Cup, being held in the All India Football Federation's 75th year, would be discussed in the meeting, which will be followed by a media interaction at the Football House.

Koevermans will make a presentation to the executive committee members following which his appointment will be made official.

The 51-year-old Koevermans, a former Dutch central defender, was part of the squad that won the 1988 European Championship.

Following AIFF's sacking of Houghton early last year, Armando Colaco and Savio Medeira -- whose contract had expired on May 31 -- were given short stints, but they failed to yield much success to the national ream.

Another Dutchman Rob Baan, who was appointed Technical Director in October last year, was given the responsibility to search for the chief coach and he has handpicked compatriot Koevermans for the job.

Koevermans agreed to the terms and conditions after a meeting with Baan and general secretary Kushal Das.

"Initially, he will be given a two-year contract and if the performance of the national team under him is satisfactory his contract will be extended," an AIFF official had said recently.

If appointed, Koevermans' first job at the helm will be the Nehru Cup, expected to be held here from August 16-26. 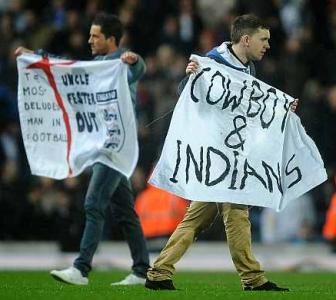 No tears in India over Blackburn's relegation Govt yet to give approval for U-17 football WC bid