‘We were at fault, it was a consequence of our low intensity’ 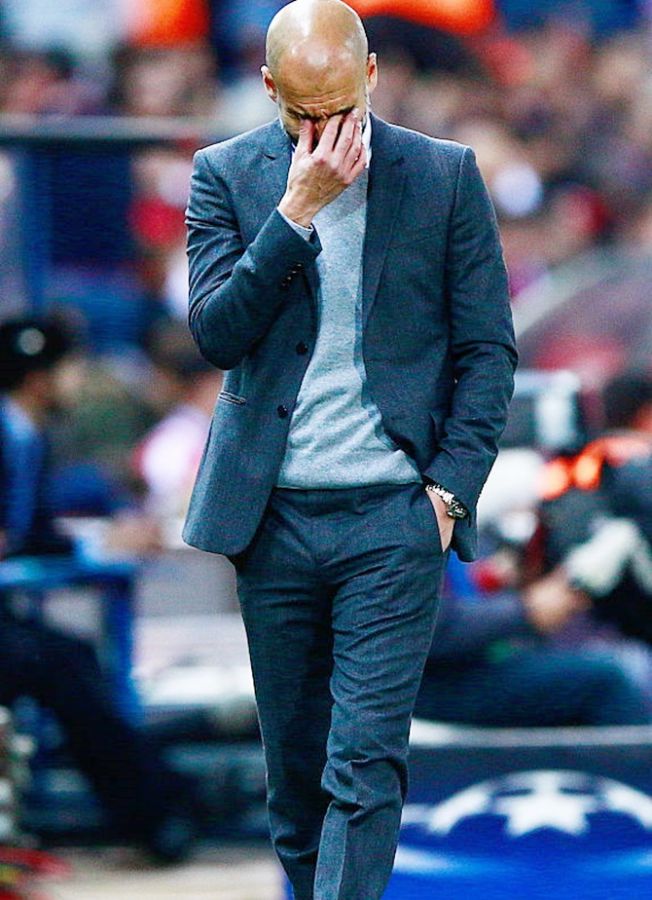 After watching Pep Guardiola fail to inspire Bayern Munich to victory over Diego Simeone’s Atletico Madrid in their Champions League semi-final on Wednesday, Manchester City may wonder if they have hired the wrong man to lead them for the next three years.

Guardiola is on track to lead Bayern to a third consecutive Bundesliga title but his three-year spell there will ultimately be judged on whether he can win Europe's elite club competition with them.

Saul Niguez's splendid individual goal gave Atletico a 1-0 first-leg win and leaves Guardiola's side needing a huge performance next week in Munich to prevent a third consecutive Champions League semi-final exit at the hands of a Spanish team.

Guardiola won the Champions League twice in four years with Barcelona, celebrating the first triumph in 2009 with club executives Txiki Begeristain and Ferran Soriano, who left the Spanish side for Manchester City.

City, who drew 0-0 with Real Madrid in the other semi-final, named Guardiola as their new manager in February, like Bayern, viewing him as the man to lead them to European glory.

However, unless he can work out a way to overcome Simeone’s resilient side, Guardiola will have to watch the Milan showpiece on television on May 22.

His new club may even be there without him.

Guardiola conceded that Atletico overpowered and outran Bayern, pressed them all over the pitch and defended well in numbers to limit them to efforts from distance.

“We have to play at a different pace in the second leg,” said Guardiola.

Bayern had chances -- David Alaba smashed the underside of the bar from way out -- but they rarely controlled the game and lacked the hunger of Atletico’s all-action unit.

“It was a great goal, but we were at fault, it was a consequence of our low intensity,” added Guardiola.

Atletico coach Simeone had drilled into his side the importance of shutting down Bayern’s attacking options, and his players responded by pulling off an eighth clean sheet in 11 Champions League games this season.

Having knocked out tournament holders Barcelona in the quarter-finals, the Argentine is well place to book Atletico a second Champions League final spot in three seasons.

If he can mastermind another success in Munich, his growing reputation as a sharp strategist will be enhanced further, and perhaps have Manchester City casting envious glances in Atletico's direction.