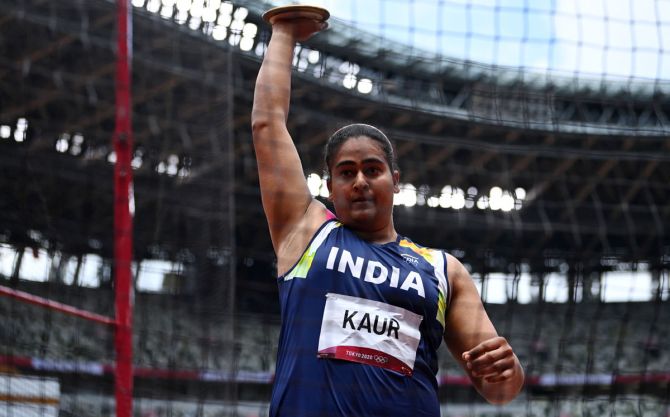 IMAGE: Kamalpreet Kaur stands within striking distance of fetching India a historic athletics medal at the Olympic Games after qualifying for the finals with a a brilliant throw of 64m at the Tokyo Games on Saturday. Photograph: Dylan Martinez/Reuters

Kamalpreet Kaur, who qualified for the Olympics discus throw finals at second place with an impressive performance on Saturday, told her father that she would give her best to win a medal at the Tokyo Games.

Kaur's family at Kabarwala village in Punjab's Muktsar district is busy receiving guests at home and getting congratulatory messages ever since she qualified for the discus throw finals in Tokyo Olympics.

"I talked to her today and she was very happy. She told me that she will give her best shot in the final," Kaur's father Kuldeep Singh said.

"She is always focused on her game and made her dream of participating in the Olympics come true through her sheer hard work," said the elated father.

The 25-year-old Kaur, competing in qualification B, sent the discus to a distance of 64m in her third and final attempt to be one of the only two automatic qualifiers for the final round.

The final will be held on August 2.

Kaur, who is employed with the Railways, has been in impressive form this year.

She threw 65.06m during the Federation Cup in March to break the national record and become the first Indian woman to breach the 65m mark.

Then in June, she bettered her own national record with a throw of 66.59m during the Indian Grand Prix-4 to be at world number six.

"Congratulations on making it to the finals #KamalpreetKaur #TokyoOlympics2020 We r already so proud. Keep up with the momentum. I'm confident of u putting up a commendable effort in securing a medal at #OlympicGames #Punjab #India is rooting for u!,” said Sodhi in a tweet.

Sukhbir said he and his father and former Punjab chief minister Parkash Singh Badal were thrilled to see her qualifying round performance.

"Badal saab & I were thrilled to watch Kamalpreet Kaur qualifying for finals of Discus Throw early this morning with a 64.00 throw at #TokyoOlympics. Congratulations & best wishes from all of us in Punjab," Sukhbir tweeted. 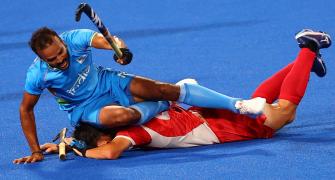 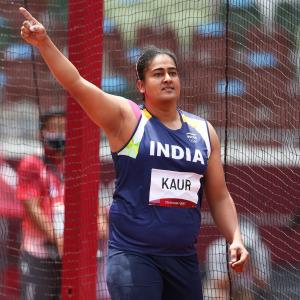 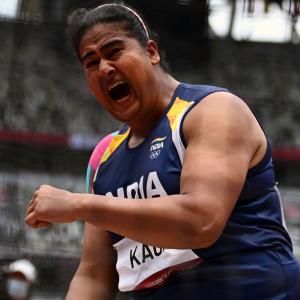