IMAGE: Novak Djokovic was denied the opportunity to defend his title after a federal court dismissed his appeal to stay in the country and play the tournament. Photograph: Daniel Pockett/Getty Images

Australian Open chief Craig Tiley said he does not believe Novak Djokovic will sue Tennis Australia following his deportation from the country, and that he expects the world number one to return to play at the Grand Slam event next year.

Djokovic, who has won the Australian Open on nine occasions including the last three years, was denied the opportunity to defend his title after a federal court dismissed his appeal to stay in the country and play the tournament.

Reports have since surfaced that Djokovic was planning to sue Tennis Australia, but Chief Executive Tiley denied that was the case in an interview with broadcaster ABC on Sunday.

"No," Tiley, the tournament director for the major, said when asked about the threat of legal action.

"There is going to be lots of reports on different things, but we are in a position as we focus on delivering an event right now, and we will continue to deliver a great event."

While Djokovic could face a three-year ban from travelling to Australia as a result of his deportation, Tiley said he thought the 20-time Grand Slam winner would be at Melbourne Park next year.

"Obviously, he's got to play out this year, but that will be his intention," he added. "At the end of the day, he's the number one player in the world and he really loves the Australian Open."

Tiley blamed miscommunication with the federal government for the issues that resulted in Djokovic being kicked out of Australia.

"It was an incredibly challenging environment," he said.

"We knew we were going to have a difficult period and that's why there was a lot of contradiction and complexity with information."

Victorian Premier Dan Andrews said his message to Djokovic had been clear.

"You want to come here -- get vaccinated. It's pretty simple," Andrews said on Sunday.

"Rafael (Nadal) had it right. It could all have been avoided if he just got vaccinated, and that fellow might think he's bigger than the tournament. He's not. That's why the tournament is happening without him. And it's a great success."

Tiley also played down an incident involving Australia's Nick Kyrgios, who alleged that a coach and trainer of world number one doubles pair Nikola Mektic and Mate Pavic had threatened to fight after their match on Friday.

Kyrgios and compatriot Thanasi Kokkinakis upset Mektic and Pavic in straight sets and Kyrgios said on Saturday that ill will from the match spilled over into the players' gym.

"I have spoken to Nick and the team and this is not unusual, it's not uncommon ... Nick and Thanasi have moved on," Tiley told Channel 9.

"What's not unusual and what's not uncommon is the passion, but certainly there are rules and there's conditions around how you respond at the end of the match."

© Copyright 2022 Reuters Limited. All rights reserved. Republication or redistribution of Reuters content, including by framing or similar means, is expressly prohibited without the prior written consent of Reuters. Reuters shall not be liable for any errors or delays in the content, or for any actions taken in reliance thereon.
Related News: Craig Tiley, Novak Djokovic, Nick Kyrgios, Tennis Australia, Mate Pavic
COMMENT
Print this article 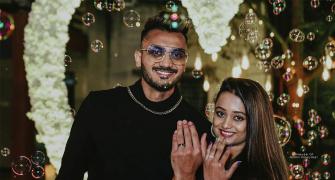 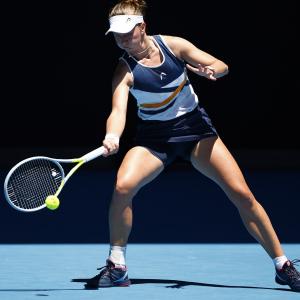 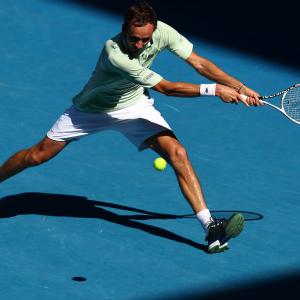