Will boxers pack a punch? Tough draw for Shiva, Manoj 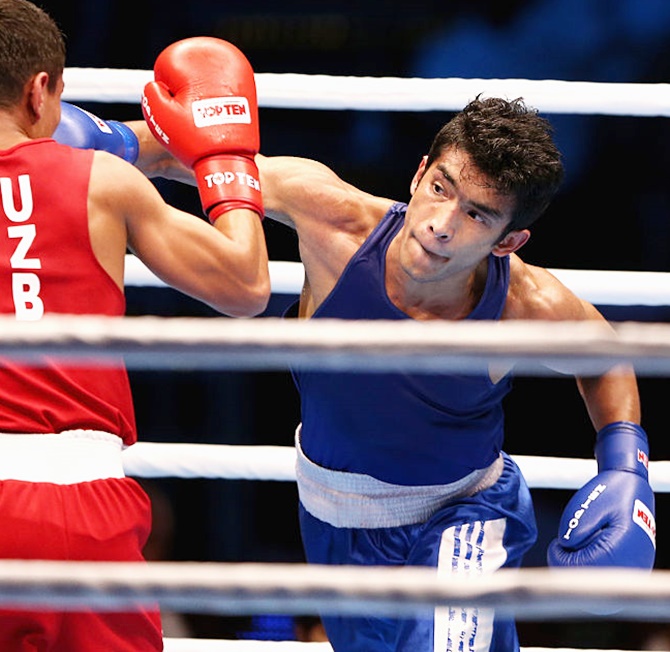 A tough draw will put their grit to test when the three-member Indian boxing team begins its Olympic campaign, aiming to lift the gloom that pervades the sport back home owing to the long-standing administrative mess.

Shiva Thapa (56kg), Manoj Kumar (64kg) and Vikas Krishan (75kg) make for the Indian challenge in the mega-event, a sharp fall from the eight who made it to the 2012 Games in London.

Of the three, Vikas is the only one to get a seeding -- 7th -- but none of them managed to secure a first-round bye.

Vikas, a former Asian games gold-medallist and World Championships bronze-medallist, will be up against 18-year-old American Charles Conwell in his opening bout on August 9.

Another strong medal hope for the country, Shiva, will square off against sixth seed Robeisy Ramírez of Cuba on August 11. Ramirez was the flyweight Olympic champion in 2012.

Ramirez and Shiva, who is also a World Championships bronze-medallist, go back a long way as they had faced each other in the 2010 Youth Olympics final in which the Cuban had emerged triumphant.

Manoj, a former Commonwealth Games gold-medallist, will open his campaign on August 10 against Lithuania's former Youth Olympics gold-medallist Evaldas Petrauskas. Petrauskas had won a lightweight bronze medal in the 2012 Olympics.

Boxing has fetched two bronze medals for India in the Olympics so far. The first came through Vijender Singh (75kg), who is a now a professional star, in 2008. M C Mary Kom (51kg) added the second to the tally in 2012 when women's boxing made its Olympic debut. This time, none of the Indian women boxers could qualify for the Games.

Overall, the fortunes of Indian boxing have been going downhill owing the absence of a national federation.

The International Boxing Association's (AIBA) decision to terminate India's national federation has meant that there have been no senior Nationals for the last four years and the pugilists had been starved of foreign exposure.

The result is that India have only three challengers to show when boxing gets underway at the Rio centro Pavilion 6 in Barra da Tijuca on Saturday.

It paints a sorry picture of the sport that was on the rise after Vijender's historic medal in Beijing.

No new talent has made the Rio squad this time but it would be difficult to discount the worth of Shiva, Vikas and Manoj who were a part of the London team. Four years back, Shiva, then 18, had become the youngest Indian boxer to qualify for the Olympics and returned home with a forgettable first round-round loss to Oscar Valdez.

Much has changed since then as the Indian has emerged as one of the brightest medal prospects.

This time, he was the first to qualify after reaching the final of the Asian-Oceania Olympic qualifying event in the Chinese city of Qian'an in April.

Shiva incidentally has an Olympic medal, albeit at the youth level when he won a silver in the 54kg weight category in 2010.

Like Shiva, Vikas is ranked 6th in the world rankings.

Vikas endured a controversial exit from the London Games when his pre-quarterfinal win over American Errol Spence was overturned after a video review.

He took a break from the sport after that and came back to become an Asian silver-medallist. Vikas faltered twice at the 2015 World Championship and then the Asia-Oceania qualifiers before finally making the cut from the World Olympic qualifying in Baku about a month before the big event.

In the penultimate qualifying event, Manoj also made the semi-finals to become the third member of the small touring party.

The 29-year-old is the senior-most among the trio and the warhorse will also look to erase a forgettable outing in London.

Manoj lost 20-16 to local lad Thomas Stalker, also a New Delhi CWG champion, in his pre-quarterfinal bout four years ago and went on to complain of cheating.

Ask about medal prospects, and Indian chief coach Gurbux Singh Sandhu says, "They all are experienced. It all depends how they will fight on that given day." 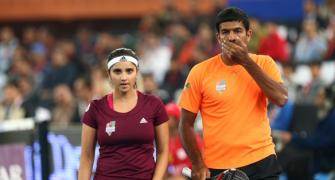 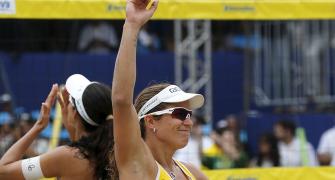 Why Brazil athletes are not dope tested ahead of Rio... 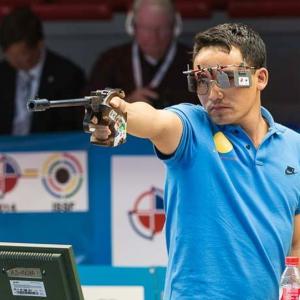 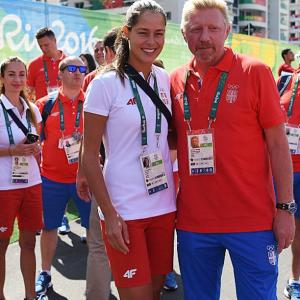 PIX: Stars we spotted at the Rio Olympics