‘We have no evidence at all that Zika has functionally evolved’ 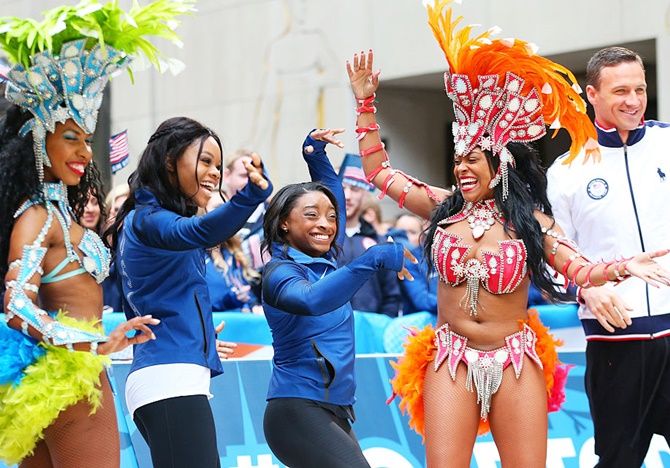 There is a ‘very low risk’ of further international spread of Zika virus as result of the Olympic Games to be held in Brazil, the heart of the current outbreak linked to birth defects, World Health Organization (WHO) experts said on Tuesday.

The WHO's Emergency Committee on Zika reaffirmed its previous advice that there should be "no general restrictions on travel and trade with countries, areas and/or territories" with Zika transmission including cities in Brazil hosting the Olympics that start on Aug. 5, and with the Paralympic Games that follow in September.

The third meeting of independent experts, which gathers every three months to access the Zika outbreak, came amid intensifying concerns over the staging of the Olympics in Brazil, the country hardest hit by the virus.

"The risks are no different for people going to the Olympics than for other areas where there are outbreaks of Zika," David Heymann, chair of the WHO's expert panel, told reporters at WHO headquarters in Geneva after the meeting.

Brazilian authorities have confirmed more than 1,400 cases of microcephaly in babies whose mothers were exposed to Zika during pregnancy. Microcephaly is a birth defect marked by small head size that can cause severe developmental problems in babies. The virus has also been linked to Guillain-Barre, a neurological disorder in adults.

The latest meeting was touched off by a letter drafted by Amir Attaran, a professor of law and medicine at the University of Ottawa, and signed by a group of more than 200 bioethicists, lawyers and health experts urging the WHO to move or postpone the Rio Games because of the risk that they could amplify the spread of Zika.

Attaran had been invited to take part in WHO's Emergency Committee meeting, but he declined to sign WHO's required confidentiality agreement, and was not permitted to take part.

In an email to Reuters, Attaran called the agreement a "gag clause" that inhibits individual scientists who disagree with the committee from expressing their views.

WHO spokesperson Christian Lindmeier said the clause is intended to allow for "open and unbiased discussions," adding that the content of the meetings are made public through committee reports. Lindmeir said Attaran's letter was part of the background material the Emergency Committee considered in its deliberations.

In a document distributed by Attaran and his colleagues on Tuesday, the group urged WHO to recommend individuals postpone all non-essential travel to Zika-affected areas, which would include the cities in Brazil hosting the Games.
The experts declined, finding "no reason to decrease travel to these areas," Heymann said, adding, "The risk of international spread is not a significant concern."

Dr. Bruce Aylward, WHO director of emergencies, said 20 percent of the world's population lived in Zika-affected areas while almost 30 percent of international travel was into and out of such areas. ... "The proportion of that travel that will be affected by the Olympics (is) very, very, very marginal."

The experts noted that Brazil was entering winter months, when mosquito disease transmission is lower. They cautioned travellers to be aware of the risk and take steps to protect themselves from mosquito bites or sexual transmission.

"The risk of holding the Olympic Games is lower than the risk of cancelling or postponing (them) due to the economic and political turmoil it would cause in Brazil," he said.

"(But) I am concerned that the WHO and International Olympic Committee have placed virtually all the burden on Brazil for (mosquito) vector control."

The WHO panel said that Brazil should "continue its work" to intensify mosquito-control measures, especially around Olympics venues, and "ensure the availability of sufficient insect repellent and condoms for athletes and visitors."

The WHO has advised that pregnant women avoid travel to Zika outbreak areas and that men who have been infected by or exposed to the virus practice safe sex, or abstain from sex, for up to six months.

Dr. Derek Gatherer, a lecturer in the Division of Biomedical and Life Sciences at Lancaster University, agrees that Zika is an international emergency because it's an "insect-borne, rubella-like agent" with no vaccine or treatment.

"But we need to put it into perspective. It is not sufficiently great an extra risk to justify cancelling the Games."

He said the concerns raised in the original letter and in a second document issued on Tuesday overstate the risks, in part because they assume that the virus circulating in Brazil is far different from earlier, African strains, and therefore, is far more dangerous.

"We have no evidence at all that Zika has functionally evolved," Gatherer said in an email.

He said the dramatic appearance of microcephaly in South America "is probably because the continent has never seen the virus before, there is no herd immunity and women of child-bearing age are being infected there."