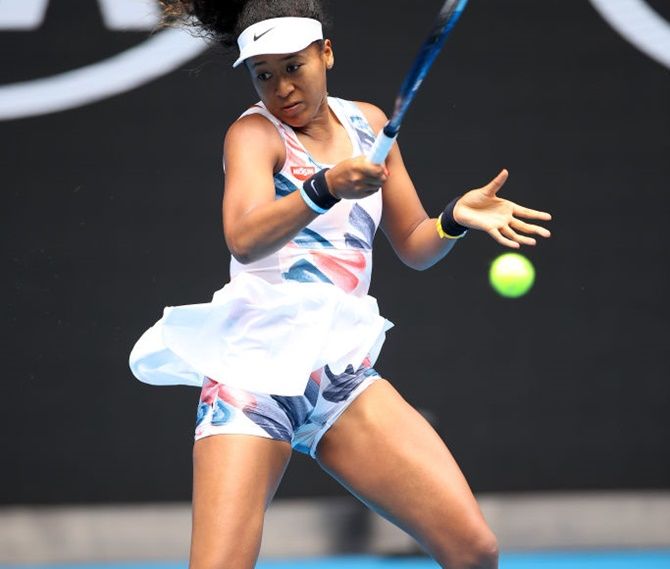 Victory for third seed Osaka will open up the possibility of a third-round showdown with teenager Coco Gauff, who sent fellow American Venus Williams packing. The 15-year-old faces Romania's Sorana Cirstea next.

Federer, who looked in ominous form in his 6-3, 6-2, 6-2 win over American Steve Johnson, takes on Serbia's Filip Krajinovic in the evening session on Rod Laver Arena, while Djokovic will meet unheralded Japanese Tatsuma Ito.

The defending champion was forced to work hard by Germany's Jan-Lennard Struff in his opening round match before he sealed a 7-6(5), 6-2, 2-6, 6-1 victory.

Women's top seed Ash Barty will resume her quest to become the first homegrown winner of an Australian Open singles title since 1978 when she plays Polona Hercog in her first career meeting with the Slovenian.

Double Wimbledon champion Petra Kvitova faces Spain's Paula Badosa while Caroline Wozniacki, who announced she will retire at the end of the tournament, meets Dayana Yastremska.