News
Business
Movies
Sports
Cricket
Get Ahead
Money Tips
Shopping
Sign in  |  Create a Rediffmail account
Rediff.com  » Sports » What Sindhu needs to do to win medal in Tokyo Olympics

'I think you need to give her some space and she will come back.' World champion P V Sindhu remains India's best Olympic medal prospect but she has to give more attention to her recovery process between matches to achieve the feat at the Tokyo Olympic Games, said former India badminton coach Vimal Kumar.

Rio Olympics silver-medallist Sindhu didn't have a good outing in the three events in Thailand in January and even though she reached the final at Swiss Open and the semi-finals at All England, she suffered demoralising losses to Olympic champion Carolina Marin and Thailand's Pornpawee Chochuwong respectively.

"I feel the best medal prospect (for India at Tokyo Olympics) is Sindhu, she can and there is still time. She showed some glimpses against Akane Yamaguchi (in the quarter-finals of All England Badminton Championships). But she needs to give more attention to recovery to be ready for next match because there will not be 24 hours to recover," Vimal said.

"May be ice bath, there are so many ways to get rid of the lactic acid accumulation after a tough match. If she can look into those aspects, she will be all right. I don't think she has any fitness issue."

"She has been very sluggish against Marin and Pornpawee. Between matches what you do, that matters, it is sometimes tough to recover due to the schedule. Look at the tennis players, after 5-6 hours of gruelling matches, they again play five-setters. So recovery really matters," Vimal said.

"Some top players take ice bath immediately after a match and also before going to sleep. It is very common in international level. But I think you need to give her some space and she will come back."

Asked about London Olympics bronze medallist Saina Nehwal, who is racing against time to qualify for her fourth Olympics, Vimal said it will very tough for her to make it to Tokyo given her recent results.

"Saina is still injury-prone but she can qualify but it all depends on India Super 500, she has to do well here. It is a very tough job, after India Open, she also has to do well in Malaysia and Singapore," said Vimal, who coached Saina from 2014 to 2017.

Another Indian player who is struggling to find form is Rio Olympic Games quarter-finalist Kidambi Srikanth. He had claimed four super series titles in 2017 to eventually hold the World No. 1 position briefly in 2018 but he is now desperately looking for ranking points to book a Tokyo Olympics berth.

"He lost to a young french player (Toma Junior Popov) in Orleans Masters and at All England he lost to a Vietnamese guy from Ireland (Nhat Nguyen). For his standards these are poor results, he needs to find some sort of tactical inputs, employ some strategies, he looks clueless when playing," Vimal said.

"He was always a player who would come to the net quickly, it was difficult to read his shots when he would jump, he seldom uses those now."

Srikanth had pulled out of Yonex Thailand Open due to a calf injury while he was forced to withdraw from Toyota Thailand Open after his roommate B Sai Praneeth had tested positive for COVID-19.

"Srikanth seems to be under a lot of pressure, I also don't see the joy in his face, he seems to be tensed always. These factors are letting him down," Vimal said.

"It is becoming difficult for him (to qualify for Olympics). At India Open, he has to get to semi-finals. He has to reach semi-finals and finals at Singapore and Malaysia to make it to tge Olympics." 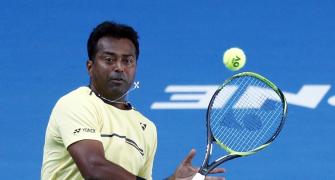 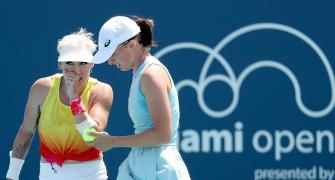 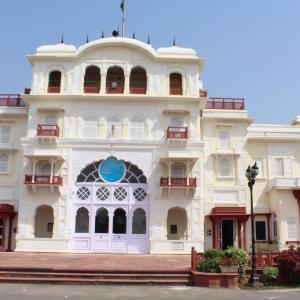