We need to be best in every match to be medal contender, says coach Oltmans 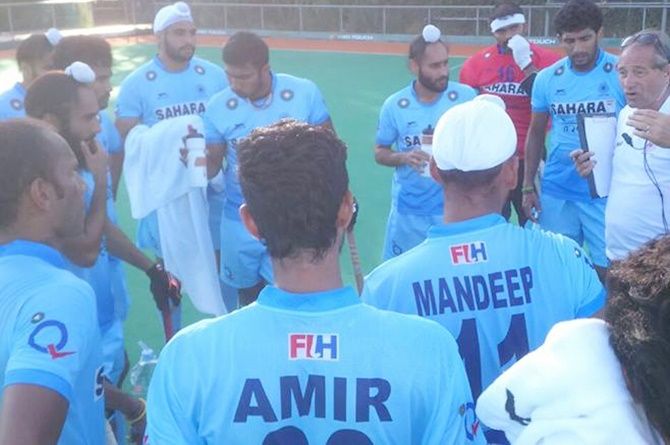 Their recent impressive showings have raised serious expectations from the national men's hockey team in the Olympics and it's chief coach Roelant Oltmans said if his wards can give their best in every match, India stand a good chance of finishing in the podium in Rio.

"The team is eager and ready to challenge itself. In the lead up to the Olympics, we have shown some really good performances. It shows the ability of this team against the top sides in the world. Now, the idea is to show and prove that it was not one-off," Oltmans said ahead of the team's departure for the Games.

"We still have to show that we can repeat such a performance in every match at the Olympic Games. Our challenge is to do our best every day in Brazil. If we're able to do so, we stand a good chance of a medal," he added. 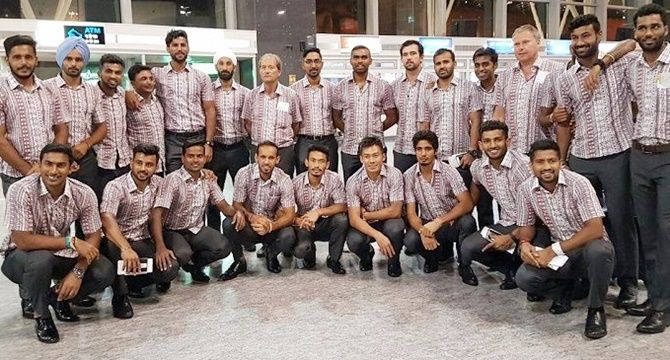 After a 10-day gruelling national camp here, the 16-member Indian team departed for Madrid, where they will play two friendly matches against Spain before heading to Rio.

"It's heartening to see the kind of support we are getting ahead of the Olympics. This will only motivate us to do better," said Sreejesh, who successfully led the Indian team to a historic silver medal at the recent FIH Champions Trophy.

"We hope to gain some match practice in Madrid. We leave for Rio on July 29 from Madrid. The boys are upbeat, well prepared and eager to start the tournament," he added.

Sreejesh said in a sporting carnival like the Olympics, they can ill-afford to take any team lightly.

"Every match in Rio will be crucial. Every team will play to win, be it Ireland, Canada or Holland. We can't take anyone lightly. We have our strategy for each team," the experienced goalkeeper concluded.