This weightlifter is set to become 1st transgender Olympian 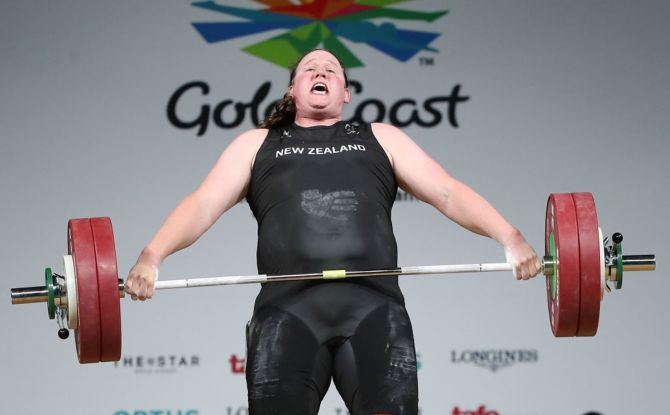 New Zealand weightlifter Laurel Hubbard is on track to become the first transgender athlete to compete at an Olympics after meeting modified qualifying requirements for the Tokyo Games.

The New Zealand Olympic Committee (NZOC) said the International Weightlifting Federation (IWF) had revised its qualifying due to the impact of COVID-19, putting Hubbard in the frame for Tokyo selection.

"The NZOC can confirm that revised International Federation (IF) qualification systems are very likely to see a number of New Zealand weightlifters, including Commonwealth Games transgender athlete Laurel Hubbard, allocated an IF quota spot for Tokyo 2020," the NZOC said in a statement.

"A previous requirement to attend six competition events has been reduced to four due to the impact of COVID-19."

Hubbard, 43, competed in men's weightlifting competitions before transitioning in 2013.

She has been eligible to compete in the Olympics since 2015, when the IOC issued guidelines allowing any transgender athlete to compete as a woman provided their testosterone levels are below 10 nanomoles per litre for at least 12 months before their first competition.

Some scientists have criticised these guidelines, saying they do little to mitigate the biological advantages of those who have gone through puberty as males, including bone and muscle density.

Advocates for transgender inclusion argue the process of transition decreases that advantage considerably and that physical differences between athletes mean there is never a truly level playing field in sport.

The NZOC said it expected nomination and selection for its weightlifting team would not happen until June, when it would have a final list of qualified athletes from the IWF.

"Prior to that all athletes must provide evidence of capability to finish in the top 16 at the Games, with the potential to achieve a top 8 placing," the NZOC added.

Weightlifting New Zealand, the national body for the sport, did not provide immediate comment when contacted by Reuters but has been a staunch supporter of Hubbard's right to lift in women's competitions.

Weightlifting has been at the centre of the debate over the fairness of transgender athletes competing in women's sports, and Hubbard's presence in Tokyo could prove divisive.

Her gold medal wins at the 2019 Pacific Games in Samoa, where she topped the podium ahead of Samoa's Commonwealth Games champion Feagaiga Stowers, triggered outrage in the island nation.

Australia's weightlifting federation sought to block Hubbard from competing at the 2018 Commonwealth Games on the Gold Coast but organisers rejected the move.

Rival weightlifters and coaches at the Commonwealth Games also complained. Hubbard withdrew from the tournament after injuring herself lifting, allowing Stowers to take gold in the 90+kg division.