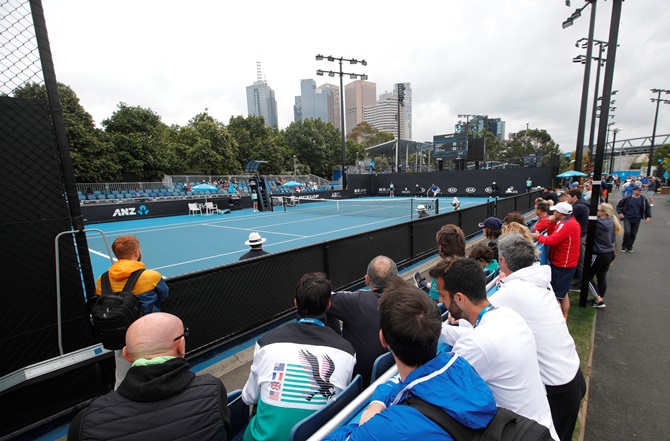 Cooler temperatures and clearing skies following torrential rain on Wednesday allowed officials to continue the qualifying tournament for the Australian Open on Thursday, with forecast smoke haze expected to clear throughout the day.

All of the early scheduled matches on the outside courts at Melbourne Park got under way on time while several matches previously suspended due to the poor air quality or the rainfall were rescheduled to resume play later on Thursday.

Organisers have been heavily criticised over the last two days by players attempting to make the main draw of the season opening Grand Slam for continuing to play matches despite the poor air quality from bushfires.

Slovenia’s Dalila Jakupovic was forced to retire after suffering a coughing fit in the second set of her match on Tuesday and condemned tournament organisers for allowing play to go ahead.

Tennis Australia (TA) said earlier this week their decisions about whether conditions were fit for play were based on on-site data and in consultation with medical staff, weather forecasters and government scientists.

Australia’s Bureau of Meteorology forecast a maximum temperature of 19 Celsius (66.2 Fahrenheit) for Melbourne on Thursday with a slight chance of rain and the smoke haze improving.

TA, meanwhile, said in a statement on Thursday that a fundraising ‘Rally for Relief’ event held under the roof on Rod Laver Arena on Wednesday, had raised more than A$4.8 million (2.54 million pounds) for bushfire relief funds.

“We hope to raise millions of dollars throughout the summer of tennis and (this) is just the start,” Australian Open tournament organiser Craig Tiley said in a statement. 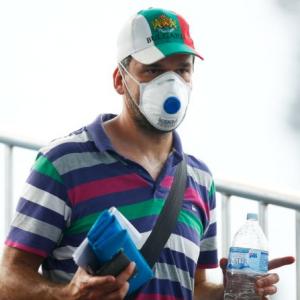