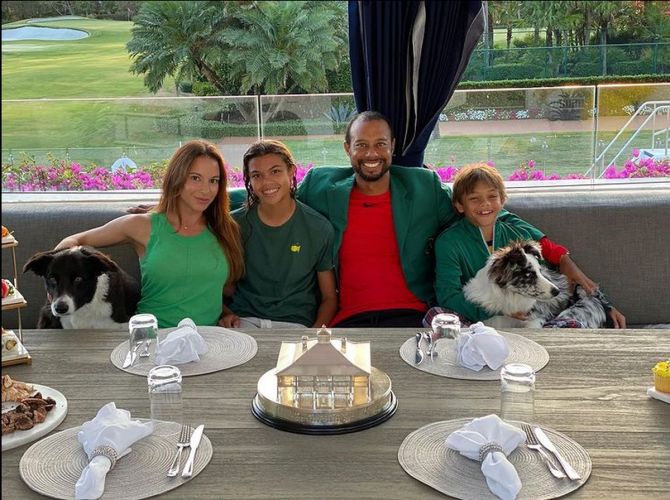 Fellow athletes and other notable figures reacted with concern after Tiger Woods, the winner of 15 major golf championships, was rushed to a Los Angeles hospital on Tuesday with multiple leg injuries from a car crash.

"Barbara and I just heard about Tiger's accident, and like everyone else, we are deeply concerned. We want to offer him our heartfelt support and prayers at this difficult time. Please join us in wishing Tiger a successful surgery and all the best for a full recovery."

"I am sick to my stomach. It hurts to see one of your ... closest friends get in an accident and I just hope he's alright. Just worried for his kids. I'm sure they are struggling."

"We are all pulling for you, Tiger. We are so sorry that you and your family are going through this tough time. Everyone hopes and prays for your full and speedy recovery."

"When I saw the condition of his car, for me, I just hoped that he's OK, that's the biggest reaction really. Also a little bit of shock because we had something crazy happen in our sports world last year with Kobe (Bryant). I wouldn't say that dramatic of feelings, but you just hope Tiger is all right."

"Everyone send your prayers out to Tiger Woods! He was just in a bad car accident. Let us all pray for his speedy recovery."

"Praying for my brother @TigerWoods as we all anxiously await more news. Thinking of him and his entire family."

"We have been made aware of Tiger Woods' car accident today. We are awaiting further information when he comes out of surgery. On behalf of the PGA TOUR and our players, Tiger is in our prayers and will have our full support as he recovers."

"We are following the news around Tiger and our thoughts and heart are with him and his family at this time."

"Tiger Woods is part of the Augusta National family, and the news of his accident is upsetting to all of us. We pray for him, for his full recovery and for his family during this difficult time."

"Prayers up for the GOAT @TigerWoods who was in an accident this morning. Was just with him yesterday. Don't take not even a MOMENT for granted! I know you're good because your Tiger within is a beast!!!"

"Thinking of @TigerWoods this afternoon... prayers this is just the beginning of another major comeback."

"Sending my prayers to @TigerWoods and his family tonight - here's to a speedy recovery for the GOAT of golf. If we've learned anything over the years, it's to never count Tiger out."

"Get well soon, Tiger. You are a true champion!"