Wawrinka stopped in his tracks by Anderson bombardment French Open champion Stanislas Wawrinka was scythed back to earth by big-serving South African Kevin Anderson on the Queen's Club grass as the Swiss bowed out of the Aegon Championships 7-6(4), 7-6(11) on Wednesday.

Two metre tall Anderson hurled down 22 aces, the last one on match point, to send Wawrinka spinning to his first loss since he beat world number one Novak Djokovic in spellbinding fashion in the Roland Garros final earlier this month.

Anderson, the world number 17, now has four consecutive wins against Wawrinka, the first of that sequence being the Swiss's first loss after he won the 2014 Australian Open.

"That's a funny coincidence," Anderson, who is in the process of taking out duel U.S. citizenship, told reporters after moving into the quarter-finals.

"I've just played these guys a lot of times, and I think it gives me confidence, knowing the guy I beat today just won the French Open and I watched him playing and beat the best players in the world doing it.

"A lot of things I have worked on came to fruition today." 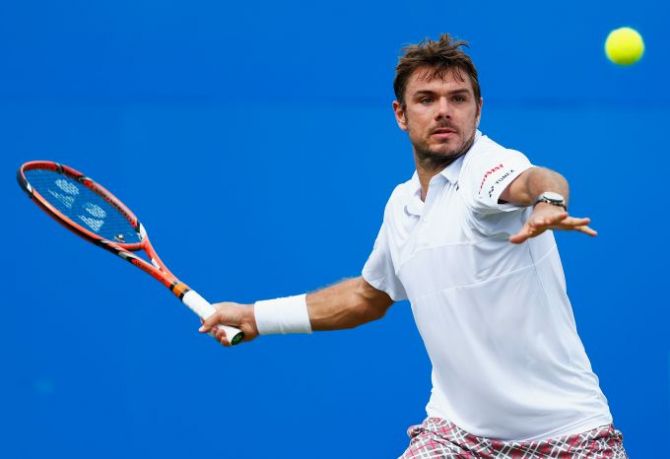 Wawrinka, the second seed at the prestigious Wimbledon curtain-raiser who needed only 49 minutes to beat Nick Kyrgios on Tuesday, did not play a bad match.

But he was unable to attack the mighty Anderson serve.

He saved five match points and missed a golden opportunity to win the second set before succumbing.

Wawrinka will rue the few chances that went begging on a cloudy day in west London, especially the two set points he had on the Anderson serve at 6-5 in the opening set, and the two in a drawn-out second set tiebreak, the second of which he squandered at 11-10 when he sprayed a forehand wide with the court at his mercy. 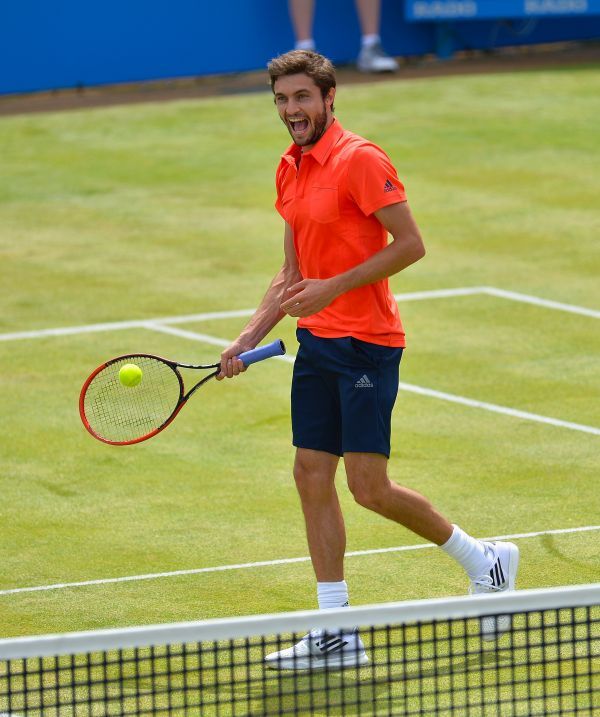 Simon will face either Canada's Milos Raonic or fellow Frenchman Richard Gasquet in the quarter-finals while Anderson awaits the winners of Spain's Guillermo Garcia-Lopez or Rafa Nadal's conqueror Alexandr Dolgopolov.

Top seed Andy Murray was not in singles action on Wednesday. He will face Fernando Verdasco on Thursday.

© Copyright 2020 Reuters Limited. All rights reserved. Republication or redistribution of Reuters content, including by framing or similar means, is expressly prohibited without the prior written consent of Reuters. Reuters shall not be liable for any errors or delays in the content, or for any actions taken in reliance thereon.
Related News: Stanislas Wawrinka, Kevin Anderson, Gilles Simon, Thanasi Kokkinakis, South Africa
SHARE THIS STORYCOMMENT
Print this article