The fourth consecutive NBA Finals matchup between the two rivals proved to be the most lopsided as the Warriors won the latest best-of-seven series in four games. 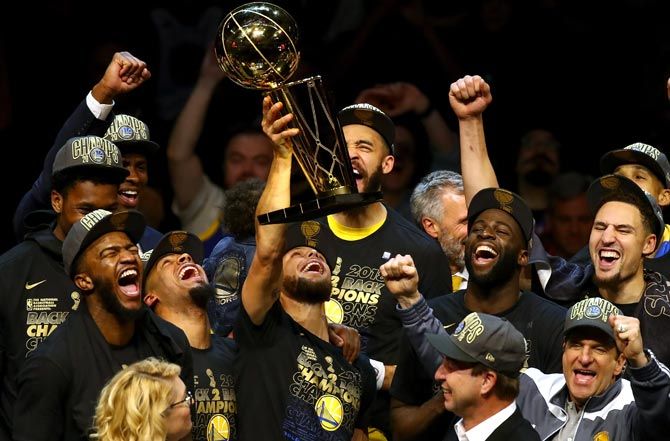 IMAGE: The Golden State Warriors celebrate with the Larry O'Brien Trophy after defeating the Cleveland Cavaliers in Game Four of the 2018 NBA finals in Cleveland. Photograph: Justin K. Aller/Getty Images

The Golden State Warriors repeated as NBA champions with a 108-85 victory over LeBron James and the Cleveland Cavaliers on Friday to extend a stunning run that has included three titles in the last four seasons.

The fourth consecutive NBA Finals matchup between the two rivals proved to be the most lopsided as the Warriors won the latest best-of-seven series in four games, which could mark the end of James's second tenure with the Cavs. 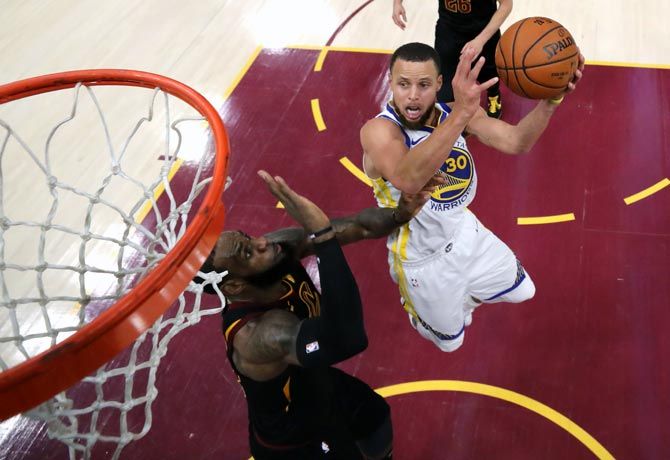 IMAGE: Stephen Curry, right, of the Golden State Warriors drives to the basket in the second half against LeBron James. Photograph: Kyle Terada - Pool/Getty Images

After a sub-par performance in Game Three, Warriors guard Stephen Curry responded with a spectacular shooting night by scoring a game-high 37 points while James had a team-high 23.

The Cavaliers clawed back from an 11-point deficit before pulling in front on a slam dunk from James near the midway mark of the second quarter that brought the home crowd to their feet.

But it was just a matter of time before the Warriors took over.

"We knew that they were going to come out with a tough first punch and we answered it and ran right back at them and set the tone for the whole game," said Curry.

"They made so many runs but over the course of 48 minutes our will took over. Unbelievable feeling to come in here on a mission and get the job done." 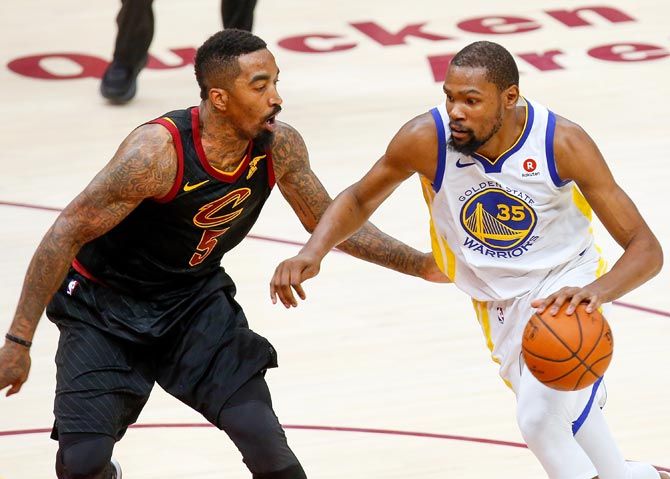 The Warriors, who boast what may be the greatest offensive juggernaut that basketball has ever known, used a dominant third quarter to build a 21-point lead that left the Cavaliers' hopes of a series comeback in their wake.

The Cavs had successfully faced down elimination three times this season but were unable to mount any threat of a comeback in this one as the Warriors simply had too much firepower.

For Cleveland, the loss sends the team into an offseason of great uncertainty as James, the best player of his generation, could sign elsewhere as a free agent after July 1, which is widely expected given the relative lack of talent on the roster. 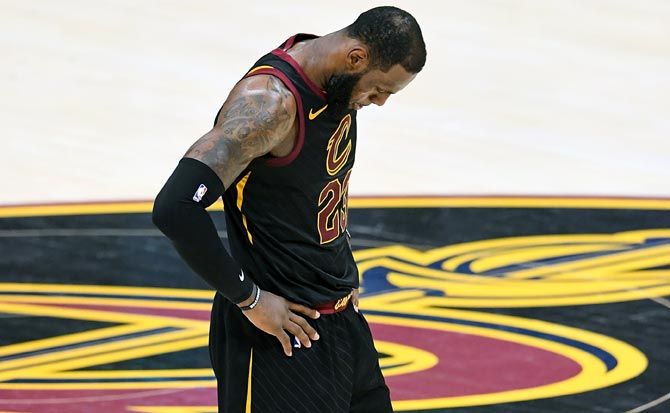 James, who was playing in his eighth consecutive NBA Finals and fourth straight with the Cavs, has carried the team since he returned in 2014 but would likely need to see some key additions to keep him with his hometown team.

When three-times champion James left the game with about four minutes to play, he did so to a standing ovation from a home crowd that were chanting "M-V-P, M-V-P."

While Cleveland were the clear underdog in the NBA Finals, they certainly had their chances, blowing a 13-point lead in Game Three and giving away a win on the road in the opener after a disastrous final 36 seconds in regulation.