Trinidadian Jack Warner was re-elected unanimously as president of CONCACAF, the confederation for North and Central America and Caribbean soccer, at its congress on Tuesday.

Warner, who was unopposed, returns for his sixth consecutive term as head of the region which covers 35 FIFA member federations.

"I am honoured to have been entrusted to lead this Confederation for another four years, particularly in our 50th anniversary year," said Warner, who has headed CONCACAF since 1990.

Warner is widely viewed as a key power-broker within FIFA where he is a vice-president and has long been considered a key ally of FIFA president Sepp Blatter.

CONCACAF holds its bi-annual tournament, the Gold Cup, in June and will also celebrate its 50th anniversary.

© Copyright 2021 Reuters Limited. All rights reserved. Republication or redistribution of Reuters content, including by framing or similar means, is expressly prohibited without the prior written consent of Reuters. Reuters shall not be liable for any errors or delays in the content, or for any actions taken in reliance thereon.
Related News: FIFA, CONCACAF, Jack Warner, Mexican Football Federation, Sepp Blatter
SHARE THIS STORYCOMMENT
Print this article 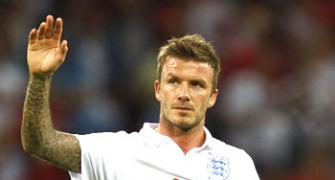 Football is in England's DNA: Beckham 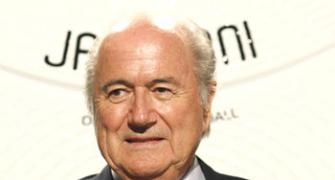 Triesman steps down as England 2018 chief