IMAGE: WADA said the authentication process of the Moscow data it extracted in January is close to completion.. Photograph: Denis Balibouse/Reuters

The World Anti-Doping Agency (WADA) said on Tuesday it had retrieved more than 2,000 samples from a tainted Moscow laboratory that will be used to strengthen cases against athletes who may have cheated.

WADA said in a statement a five-person team retrieved 2,262 samples from the laboratory, which had been split into A and B samples contained within 4,524 collection bottles.

All samples targeted in advance of the mission were located and extracted and are currently being sent to a WADA-accredited laboratory outside of Russia.

"These samples will be used to strengthen cases against those who may have cheated and may exonerate athletes who have not committed an anti-doping rule violation," WADA Intelligence and Investigations Director Gunter Younger, who is leading the process, said in a statement.

WADA also said the authentication process of the Moscow data it extracted in January, one of the final hurdles to be cleared in the Russian Anti-Doping Agency's (RUSADA) conditional reinstatement, is close to completion.

According to WADA, a progress report on that process will be sent in early May to the independent Compliance Review Committee and an update will be presented at the May 15-16 WADA Executive Committee and Foundation Board meetings in Montreal.

WADA voted last September, amid widespread protests, to conditionally restore RUSADA's accreditation as long as it allowed inspectors access to the Moscow lab and data to which it had long been denied.

RUSADA was suspended in 2015 after a WADA-commissioned report outlined evidence of systematic, state-backed doping in Russian athletics. Another report the following year documented more than 1,000 doping cases across dozens of sports, notably at the Winter Olympics that Russia hosted in Sochi in 2014. 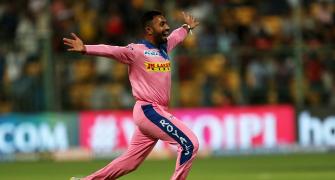 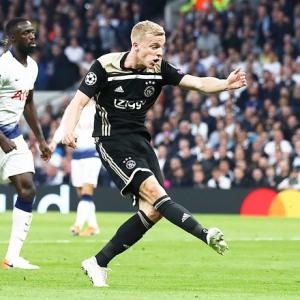