Vijender set to return to the ring next month 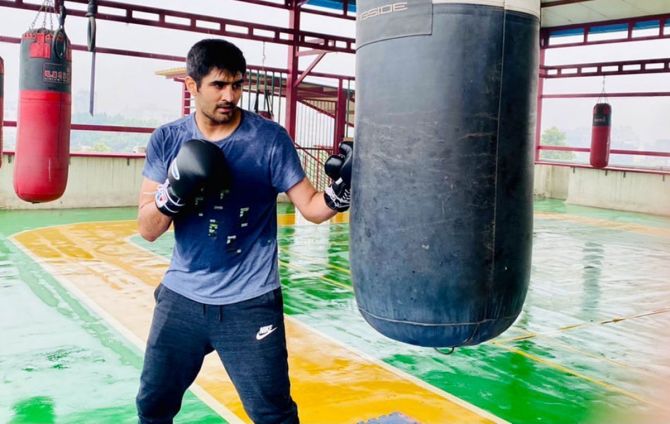 Unbeaten Indian professional boxing star Vijender Singh will be back in action next month after more than a year long hiatus forced by COVID-19, his promoters announced on Monday, promising to unveil his opponent soon.

The fight will take place in India but the dates and venue are yet to be decided.

"While the promoters finalise on the opponent, date and venue, Vijender Singh will certainly be in action this March with an aim to extend his unbeaten streak 12-0 (8 knockout wins) in professional boxing," his promoters IOS Boxing Promotions said in a statement.

"A group of young and talented boxers will also go head-to-head as undercards for the fight."

This will be Vijender's fifth fight in India, following successes in New Delhi, Mumbai and Jaipur.

The Indian is undergoing rigorous training for the past one month and is raring to go.

"I am really excited to return to the ring. I am pumped up and eager as ever to enter the ring again and have been training hard to keep myself fit for the bout. The opponent doesn't really matter as I am focused to extend my unbeaten streak," he said.