In less than seven years under Venky's, the first former English Premier League champions have seen two relegations and 10 managers. Local politicians, former players and fans condemned the owners of Blackburn Rovers on Monday, after one of England's best-known clubs became the first former English Premier League champions to be relegated to the third tier.

Rovers' fate was sealed on Sunday when Tony Mowbray's side finished just below former double European champions Nottingham Forest in 22nd place in the Championship.

It marked another low for Venky's, Rovers' owners, a company run by the Rao family from India. In less than seven years, the club has seen two relegations and 10 managers.

Twenty-two years after winning the Premier League title, Rovers are deep in crisis, with director of football and operations Paul Senior resigning on Monday.

"For the club to drop into League One will knock Blackburn and East Lancashire off the map," said Graham Jones, the Labour MP for Hyndburn, which adjoins Blackburn, who will stand again in the British general election next month.

"It is really important the owners recognise the damage that's been done not just to the football team but to the area," he told the Lancashire Telegraph.

"They promised to sign (former Brazil forward) Ronaldinho and make Rovers a top four club in the Premier League.

"At the moment they'll be lucky to make Blackburn a top four club in League One." 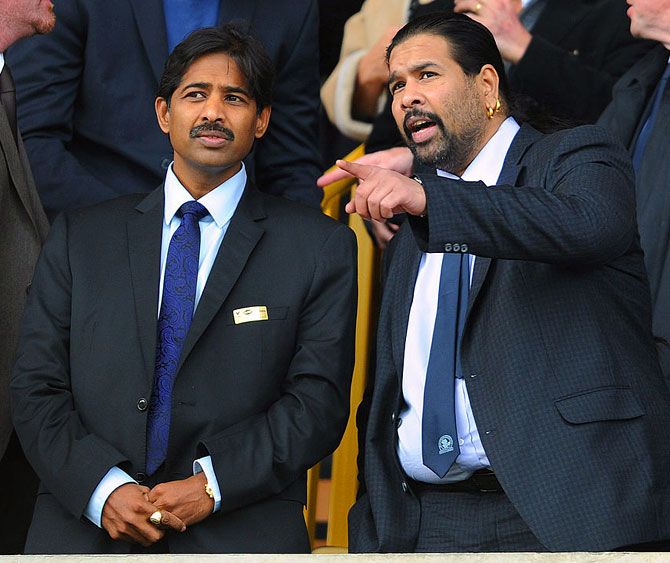 Blackburn's Labour MP Kate Hollern, who is also standing for re-election next month, said: "Venky's need to engage with the fans and share their plans for the future.

"If they're not interested, they need to move on. There has already been far too much damage to what should be a community asset."

Rovers' fans have staged protests against the owners all season. Hundreds stayed behind to chant anti-Venky's chants after Sunday's 3-1 victory at Brentford.

"We are in a spiral of decline with owners who seem to have lost interest with their toy. The whole thing is a shambles," said John Murray, chairman of the Blackburn Rovers Supporters' Trust.

None of the Rao family, whose base is in Pune, India, attended Sunday's game. However, they released a statement on Monday saying they are "deeply hurt" by the turn of events and that they share "the same feelings as our supporters."

"Notwithstanding this temporary setback, we are confident that the collective efforts of the team... will enable the club to achieve promotion back to the Championship next season.

"We have all witnessed the events of recent years, where teams have been relegated but have turned their clubs around and emerged stronger, and we are determined to see Blackburn Rovers do the same.

"Work has already begun to make this happen and we will be making every effort during the forthcoming season to give ourselves the best chance to achieve this goal."

They added that manager Mowbray has their "full support".

In 2010, Venky's paid 23 million pounds to purchase the club from the Jack Walker Trust, set up by Rovers' late billionaire benefactor, but have been accused of under-investment and have refused requests to sell.