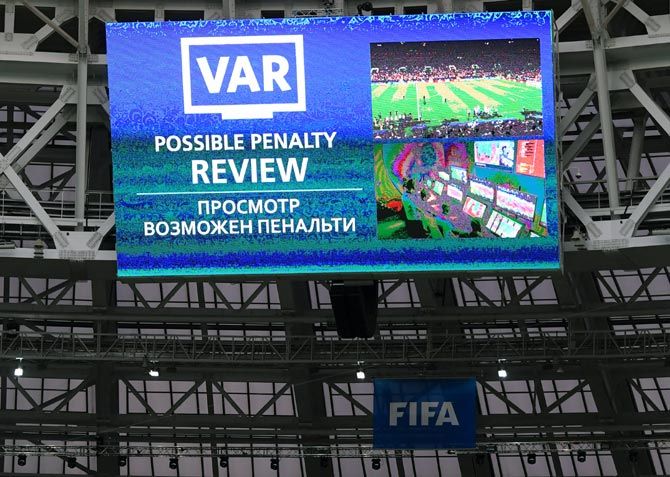 The Video Assistant Referee (VAR) was used for the first time in a World Cup final to award France a 38th-minute penalty which Antoine Griezmann scored to give them a 2-1 lead over Croatia on Sunday.

Referee Nestor Pitana was alerted to a possible handball and after checking the off-field screen he decided Ivan Perisic had handled the ball in trying to clear a French set-piece.

The match at the Luzhniki Stadium had already seen the first own goal in a World Cup final when the ball flicked off Croatia striker Mario Manduzkic and past his own keeper to put France 1-0 up after 18 minutes.