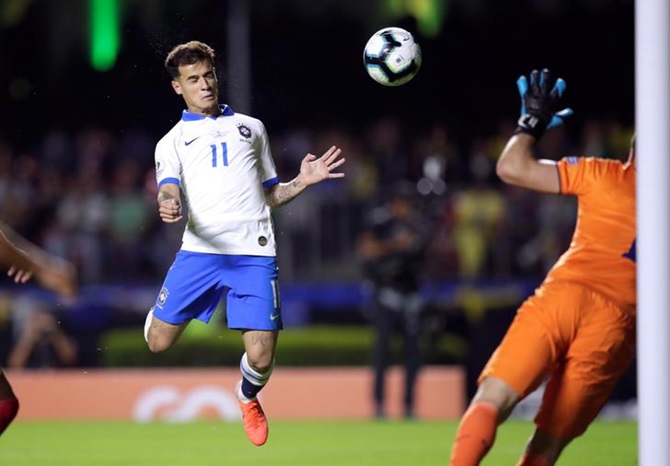 Philippe Coutinho scored a second half double and Everton added a cracking third as Brazil recovered from a sleepy start to beat Bolivia 3-0 in their Copa America opener on Friday.

Both sides were poor in the first period but the game briefly came alive five minutes into the second half when Coutinho slotted home a VAR-assisted penalty.

Coutinho grabbed a second with a close-range header three minutes later before Everton rifled home a third from outside the box with five minutes remaining.

"In the end, with a bit of patience, we opened things up, we had more of the ball and we created plays," captain Daniel Alves told reporters. "We deserved a big victory."

The match was the first of this year's tournament, which is being held in Brazil for the first time since 1989.

All 10 South American teams are participating along with guest nations Qatar and Japan.

Brazil, who stared with Roberto Firmino up front and Fernandinho in midfield in place of the injured Arthur, failed to inspire the strangely subdued crowd of just 46,342 at Sao Paulo's Morumbi stadium.

Wearing white shirts for the first time in more than 60 years, the home side huffed and puffed but rarely threatened and even after they went 2-0 up, they lacked ideas and urgency.

Bolivia, who last won the title in 1963, rarely threatened at the other end after starting brightly.

"Tactically Bolivia played well in the first half, the players responded well and when we got the ball we tried to go forward on a couple of important occasions and that left us positive," Bolivia coach Eduardo Villegas told reporters.

"But it was a game of two halves. We have to be honest and realistic, Brazil beat us and they beat us well."

Peru play Venezuela in Porto Alegre on Saturday in the second Group A game.

Brazil's next match is against Venezuela in Salvador next Tuesday.

© Copyright 2020 Reuters Limited. All rights reserved. Republication or redistribution of Reuters content, including by framing or similar means, is expressly prohibited without the prior written consent of Reuters. Reuters shall not be liable for any errors or delays in the content, or for any actions taken in reliance thereon.
Related News: Philippe Coutinho, VAR, Brazil, Bolivia, Copa America
SHARE THIS STORYCOMMENT
Print this article 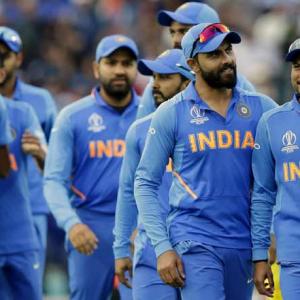