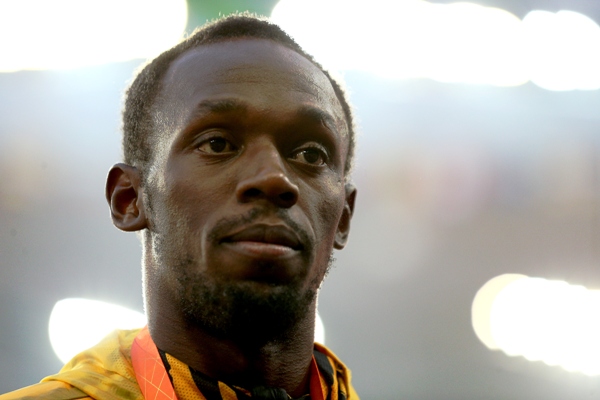 Six-times Olympic champion Usain Bolt said he felt shocked and let down by the scandal-hit IAAF, but the Jamaican sprinter was against resetting athletics world records as the sport attempts to move on from the doping crisis.

Thursday's second instalment of a World Anti-Doping Agency (WADA) report slammed the International Association of Athletics Federations (IAAF), accusing its former head, Lamine Diack, of running a clique that covered up organised doping and blackmailed athletes as senior officials looked the other way.

The first part of the report by independent investigator Dick Pound, a former head of WADA, in November led to athletics superpower Russia being banned from competition for state-sponsored doping.

Jamaican sprint king Bolt, the biggest name in athletics with a plethora of titles, records and commercial deals, said the IAAF had failed their athletes.

"When I heard it was quite shocking for me to hear that because as far as I was concerned I think they were doing a good job to clean up the sport," Bolt told Reuters in Kingston after collecting his sixth National Sportsman of the year award.

"It's kind of a letdown, so hopefully there's no such thing, but we'll see what happen (with the investigations)."

Diack stepped down last year after 16 years leading the IAAF and was replaced by Briton Sebastian Coe.

The Senegalese is already under formal investigation in France on suspicion of corruption and money laundering linked to the concealment of positive drug tests in concert with Russian officials and the blackmailing of the athletes to allow them to continue to compete.

The reports noted that Diack "sanctioned and appeared to have had personal knowledge of the fraud and the extortion of athletes carried out by the actions of the illegitimate governance structure he put in place".

UK Athletics (UKA) released "A Manifesto for Clean Athletics" on Monday, calling for world records to be wiped clean and drug cheats to be banned for at least eight years in radical proposals aimed at heralding in a new era for the sport.

"As far as I'm concerned it's really pointless," he said.

"What's done is done, you have to just move forward and try to make the upcoming championships and Olympics and the next (world) records as best as we can and just look forward to the future," added the 11-times world championship gold medallist.

"You can't worry about the past, but try to build on the future."