Andy Roddick's transition from the tennis court to the rocking chair was delayed when the former world number one reached the third round of the US Open on Friday, joining a parade of former champions advancing at the year's final Grand Slam.

Roddick, who announced a day earlier he would retire at the end of the tournament, served his way past rising Australian talent Bernard Tomic 6-3, 6-4, 6-0 in his second-round match.

Joining Roddick in the winner's circle Friday were former winners Novak Djokovic, Juan Martin Del Potro and Lleyton Hewitt, who reached the third round, and Samantha Stosur and Maria Sharapova, who secured a fourth-round berth. 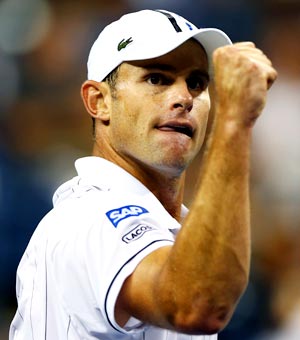 One favourite who was handed a third-round exit was Zheng's compatriot Li Na, who became the latest victim of British giantkiller Laura Robson.

None of Friday's array of former champions excited the passions of the Flushing Meadows faithful more than Roddick, the never-say-die Texan who never saw a fight he did not like.

Roddick, 30, blasted 13 aces in the one hour, 27-minute rout under the lights before nearly 25,000 at raucous Arthur Ashe Stadium.

"I had no idea what was going to happen out there honestly, even before the match," said Roddick, the 2003 US Open champion. "I've played a lot of matches.

"That was a different kind of nerves than I've had before. That was surprising for me."

An emotional Roddick said he did not know if he played so well because it could have been his last match.

"Felt weird before the match," he said. "Twenty minutes before it was kind of getting the best of me. I kind of had to like get my stuff together before I walked out there.

"So by no means am I an expert on this. It's still a little different. It worked. I played well. I don't know why."

Robson sent four-times Grand Slam champion Kim Clijsters into retirement in the second round but her upset of ninth-seeded Li surely made believers of those who thought she might be a one-hit wonder.

Next up in the fourth round is Australian Stosur.

"I have had a fairly tough draw, haven't I?" the soft-spoken 18-year-old, who was born in Australia, told reporters with a laugh.

"You have to beat who is in front of you. ... That's what I managed to do so far. I play Stosur now, who is defending champ. That's going to be really tough."

At 2-2 in the third set, Robson thought she had broken serve but umpire Louise Engzell ruled that the point should be replayed, even though Li had missed with her return.

The 89th-ranked Robson, however, refused to bend, breaking Li's serve twice to lead 5-2 before serving out the match.

"I wouldn't say I wasn't distracted. I was a little bit annoyed," Robson said of the umpire's call. "But that's what happens from time to time, so you've got to deal with it."

Djokovic dropped just two games in his opening-round win over Italy's Paolo Lorenzi and Silva managed only three more as the second-seeded Serb was in a different class.

"I didn't know much about my opponent," said Djokovic. "Never saw him play. So that could have been difficult at the start in order to figure out what his game plan is. But I played well from the start to the end."

Stosur was broken in the opening game of her match, setting the tone for a gruelling first set, which lasted 59 minutes. But the Australian secured the tiebreaker 7-5 and blew through the second set over a frustrated Lepchenko in 29 minutes.

Sharapova continued her imperious march through the draw as she crushed American college player Mallory Burdette 6-1, 6-1 to reach the fourth round.

The Russian, who has lost just seven games in her first three matches, next plays compatriot Nadia Petrova, a 6-4, 7-5 winner over Czech Lucie Safarova.

© Copyright 2021 Reuters Limited. All rights reserved. Republication or redistribution of Reuters content, including by framing or similar means, is expressly prohibited without the prior written consent of Reuters. Reuters shall not be liable for any errors or delays in the content, or for any actions taken in reliance thereon.
Related News: Andy Roddick, Laura Robson, Samantha Stosur, Li Na, Novak Djokovic
COMMENT
Print this article 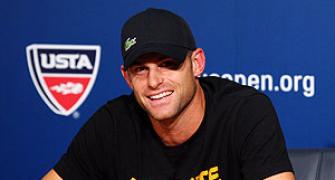 Roddick to quit after US Open 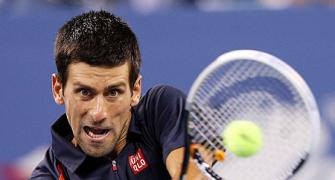 US Open Photos: Djokovic, Serena roll into second round 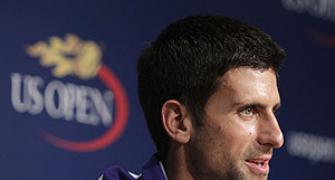 Djokovic, Serena look to get New York crowd on their side 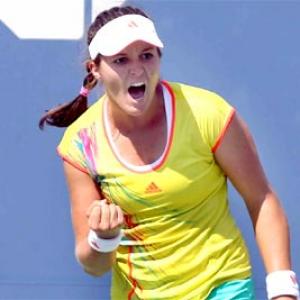 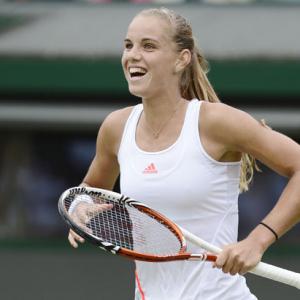