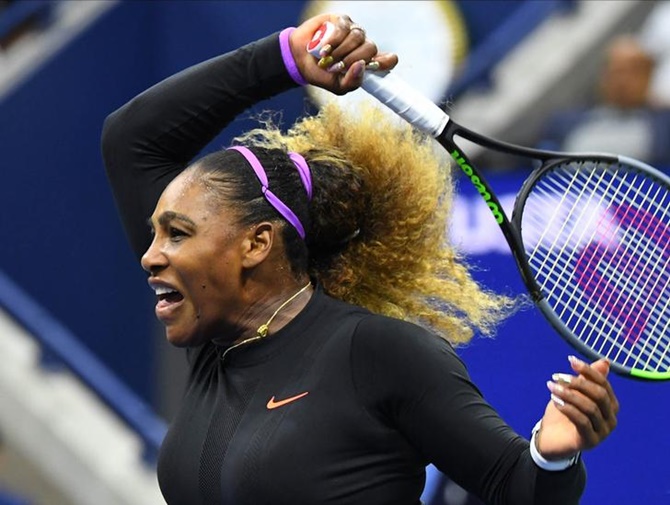 IMAGE: Serena Williams returns to Maria Sharapova during her first round match on Day 1 of the 2019 US Open, at the USTA Billie Jean King National Tennis Center. Photograph: Robert Deutsch-USA TODAY Sports/Reuters

Serena Williams trounced old foe Maria Sharapova 6-1, 6-1 in their blockbuster first round clash at the US Open on Monday to get her quest for a record-tying 24th Grand Slam title off to a flying start.

Williams, in her first US Open match since her infamous row with the chair umpire overshadowed her loss in last year's final, used her trademark power to overwhelm Sharapova in the first New York meeting between two of the sport's biggest names.

Eighth seed Williams showed no signs of the back spasms that forced her to retire in tears from the Toronto final two weeks ago and instead showcased some of her best on-court movement since returning from maternity leave in 2018.

Williams, who last faced Sharapova at the 2016 Australian Open, improved to 20-2 in career meetings versus the Russian, who has fallen to 87th in the rankings amid an injury-hit 2019 season that included shoulder surgery in February.

Next up for Williams will be American wildcard Catherine McNally, who beat Swiss Timea Bacsinszky 6-4, 6-1 earlier on Monday. 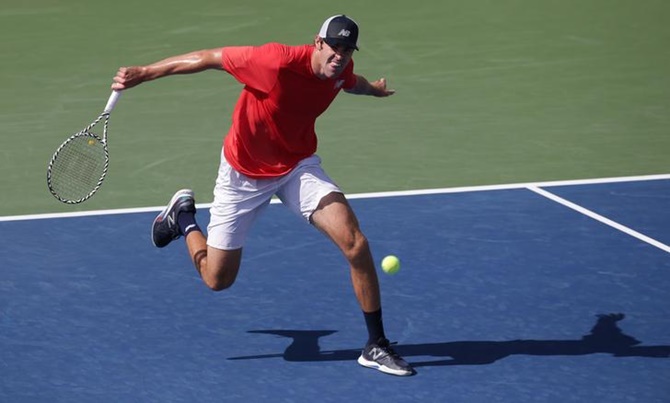 The 21-year-old American hit 26 aces and saved five of seven break points to come out on top of the slugfest, where his Italian opponent pounded 16 aces of his own.

Opelka looked like he would wrap up the match in straight sets but Fognini saved a match-point and hung on to win the tiebreak to extend the contest.

Opelka, though, would not be denied, pumping his fist and applauding the crowd who backed him after he hammered a forehand winner, his 58th of the match, to seal the victory on a sun-soaked Court 17.

Next up for Opelka is a second-round meeting with qualifier Dominik Koepfer or Spaniard Jaume Munar. 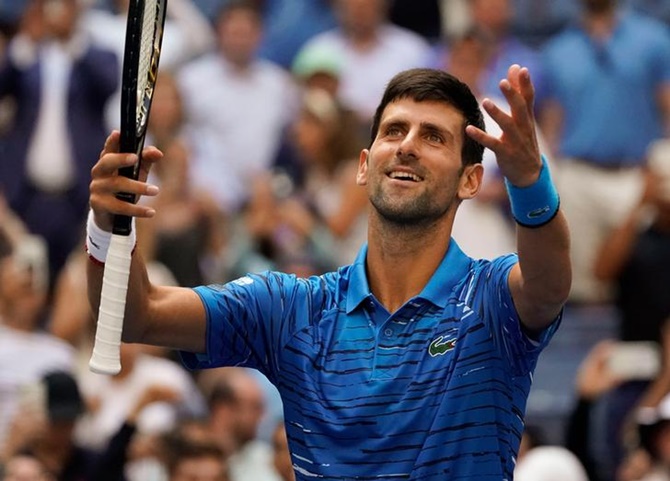 Novak Djokovic was feeling right at home on the Arthur Ashe Stadium hardcourt on Monday, which may be bad news for anyone hoping to deny the defending champion from adding to his Grand Slam tally.

The top-seeded Serbian said the surface of the blue court during his 6-4, 6-1, 6-4 first round win over Spaniard Roberto Carballes Baena was very similar to last year when he picked up his third US Open title.

"I didn't notice any significant difference. It is cooler in terms of weather than it was last year," said Djokovic, who has won four of the last five Grand Slam titles.

"I really like the conditions of the balls, the speed of the court, the weather is fantastic. You know, it's just very enjoyable."

Djokovic had never before faced Carballes Baena and spent the opening set figuring out his opponent before cruising home and into the second round where he will face another first-time opponent in Argentine Juan Ignacio Londero.

The 32-year-old Serbian, who has reached at least the semi-finals in every US Open he has competed in since 2006, will obviously be a favourite in his next match but is not taking anything for granted.

Djokovic has a tough draw given both in-form Russian fifth seed Daniil Medvedev and five-times champion Roger Federer are among his projected opponents en route to the final.

The world number one said his mindset at this point in his career has not changed given he is two Grand Slam titles shy of Rafael Nadal on the all-time list and four away from matching Roger Federer's record tally of 20.

"It's no different approach than it was in the past ten years. Very motivated, very focused, very determined to do well," said Djokovic.

"I have been in this particular situation many times in my career, and I know, you know, what feels comfortable for me, what I need to do in order to get far in the tournament." 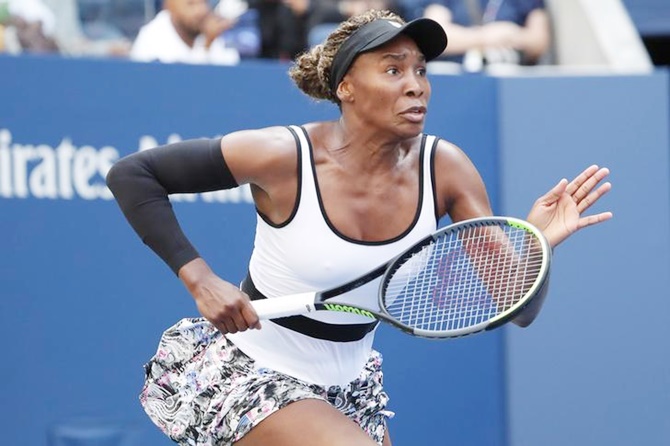 The 39-year-old American had failed to win a match at this year's French Open and Wimbledon tournaments but on Monday showed some of the form that had earned her two US Open titles.

Zheng failed to make much of an impact throughout the match, firing off just six winners compared to her opponent's 25.

Williams capped a ruthless performance by firing down a 115 mph ace on match point.

More than two decades after she made her US Open debut, Williams said she was not about to get carried away with the win.

Considering she has been stuck on 49 singles titles since 2016, Williams knows that tougher challenges lie ahead if she wants to complete that half century at Flushing Meadows.

"I was happy with today, so I'm not going to ask for more. Whether the win is easy or whether it's tough, a win is a win," Williams, who won the last of her seven majors at Wimbledon in 2008, told reporters.

"Getting to the next round is about getting the win on your side and building yourself up during the tournament and patting yourself on the back for every good achievement."

Tsurenko withdraws from US Open with elbow injury

Ukraine's Lesia Tsurenko has withdrawn from the US Open with a right elbow injury, tournament organisers said on Monday.

Tsurenko, who lost in the New York quarter-final last year to eventual champion Naomi Osaka, was scheduled to face Belgian Kirsten Flipkens in first round action on Tuesday.

World number 40 Tsurenko's place in the draw will be taken by China's lucky loser Wang Xiyu, the reigning US Open junior champion.