Nothing illustrates the growth of soccer in the United States better than the realisation that hosting the 2022 World Cup there is now regarded as a safe option for FIFA, compared to 1994 when it was considered a risk.

When FIFA awarded those finals to the United States in 1988, many observers felt world soccer's governing body were taking a major risk in a country with little love for the game.

In some ways they were right because that World Cup was played out in a bubble.

There was interest in games in and around stadiums, but a short distance away there was little evidence that the World Cup was taking place. Few bars showed matches on television and the "street theatre" that traditionally accompanies the World Cup was missing.

Sixteen years later though, soccer has largely taken root and remarkably the US's strong point as a candidate this time is that it would be a safe option as a country that has finally "found" the game. 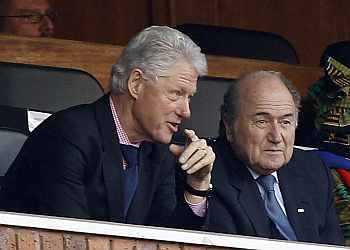 Former President Bill Clinton is honorary chairman of the bid and if he were to adapt one of his old slogans to capture its strength it would surely be: "It's the stadiums, stupid".

Unlike most countries bidding to hold the world's biggest sporting event, the US needs to do virtually nothing to have its stadiums ready to host large crowds in modern comfort.

Newly-built stadiums in Dallas and New York will not be quite as shiny in 12 years' time but they will certainly, along with other modern National Football League (NFL) venues, be more than ready for a World Cup.

The major US cities that are competing to be host cities -- back in 1994 they did not compete but had to be persuaded to volunteer -- are already geared up for big events.

They have the hotels and the services that fans, who will be on holiday as well as supporting their teams, have come to expect.

Given the size of American stadiums, with 70,000 capacities the norm in the NFL, the US is confident it could beat its own record number of spectators for a World Cup which was set with 3.56 million fans in 1994.

Some of those voting at FIFA may be concerned, however, about the lack of public transport facilities in some venues such as Miami and the fact that NFL venues such as New York and Seattle would need to replace their artificial turf with natural grass.

While organisers are confident those issues can be easily dealt with -- New York's Meadowlands Stadium switched to grass for the recent friendly with Brazil and Miami has handled mass transportation many times for Super Bowls -- the key battle in the bid process will probably be convincing FIFA voters that North Americans deserve the World Cup.

Despite the growth of the game since 1994, with the progress of the national team, the creation and development of Major League Soccer (MLS), huge crowds for international friendlies and healthy television audiences for foreign matches, the sport remains behind America's traditional games -- baseball, basketball and American football.

"I think some of the international community underestimates the passion for the game in the United States," bid chairman Sunil Gulati told reporters recently.

"They are surprised that Americans were the number one ticket buyers for the (2010) World Cup.

In the overseas curiosity about the status of soccer in the United States lies another reason why the Americans have a real chance of winning with their bid.

The fact that the game has yet to truly gain traction with an affluent mass market in a country of 310 million has long fascinated football people and FIFA may be tempted to search again for that pot of gold at the end of the rainbow.

© Copyright 2021 Reuters Limited. All rights reserved. Republication or redistribution of Reuters content, including by framing or similar means, is expressly prohibited without the prior written consent of Reuters. Reuters shall not be liable for any errors or delays in the content, or for any actions taken in reliance thereon.
Related News: FIFA, National Football League, United States, New York, MLS
COMMENT
Print this article 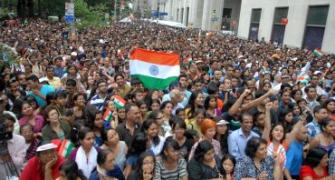 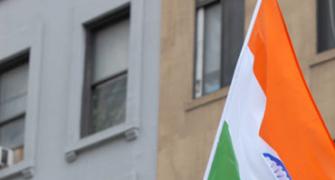 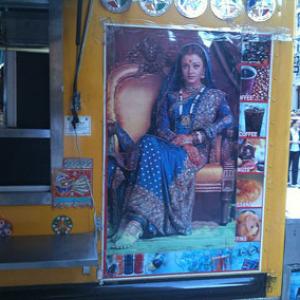 Ash at a fast food van in New York! 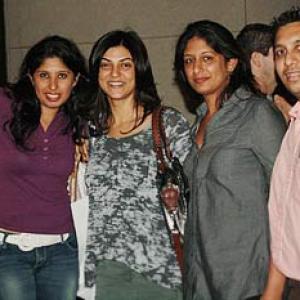