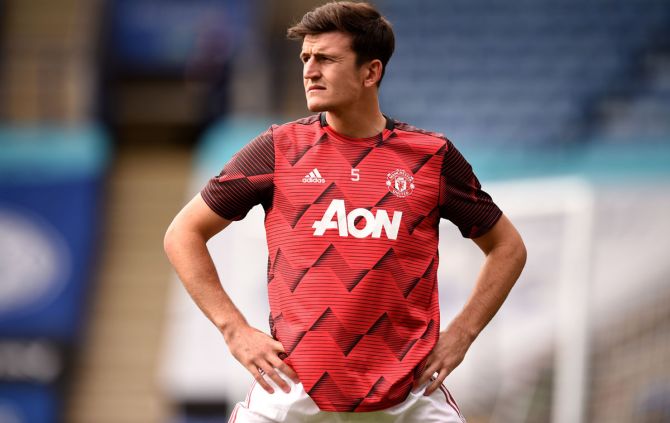 Manchester United captain Harry Maguire was released by a Greek prosecutor on Saturday after two days in detention over a brawl on the island of Mykonos, Greece's Skai TV reported.

It said that England international Maguire would respond to charges next week.

Quoting a local website, Mykonosvoice.gr, Greece's Ethnos newspaper said the charges against Maguire, getting into an altercation, were considered misdemeanours.

This means that Maguire can be represented by his lawyers in court in a hearing scheduled on August 25.

A lawyer for Maguire, 27, was not immediately available for comment.

Manchester United issued a statement on Friday saying they were aware of the incident and that Maguire was fully co-operating with the Greek authorities.

Mykonos is well known with tourists for its lively night scene.

Proceedings were taking place at a courthouse on the island of Syros, near Mykonos.