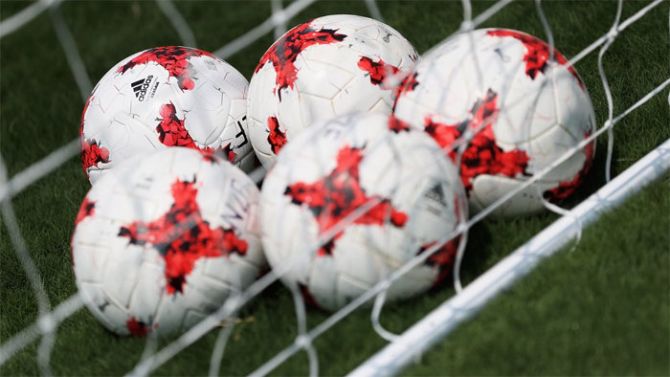 African champions Mali will look to start their FIFA U-17 World Cup campaign on a winning note when they take on Paraguay in a Group B match in New Delhi on Friday.

Mali were runners-up in the last edition of the tournament in 2015 and this time they would aim to move one step ahead by clinching the title.

Mali have a strong squad, with good attack and defence, and they are one of the dark horses who could go all the distance in the U-17 showpiece event.

For Paraguay, this will be their fourth appearance in the FIFA U-17 World Cup. Their debut, and best result to date, came at New Zealand 1999, where they finished fifth. However, they failed to progress beyond the group stage in their two subsequent appearances, at Trinidad and Tobago 2001 and Chile 2015.

This time, they would want to better their performance in the last edition and for it tomorrow's game becomes crucial.

Paraguay secured their World Cup berth thanks to their third-placed finish at this year's South American U-17 Championship.

Both the teams did not have any practice games and will hit the ground tomorrow evening under the floodlights at the D Y Patil stadium.

While Paraguay landed in the megapolis a bit early, Mali arrived late just four days before the tournament.

Paraguay have some strong players, with their defence as well as attack equally good.

The two teams will also have to factor in humidity as playing in the evening could be an issue.

Paraguay had practised late nights before arriving for the World Cup and that could give them an advantage.