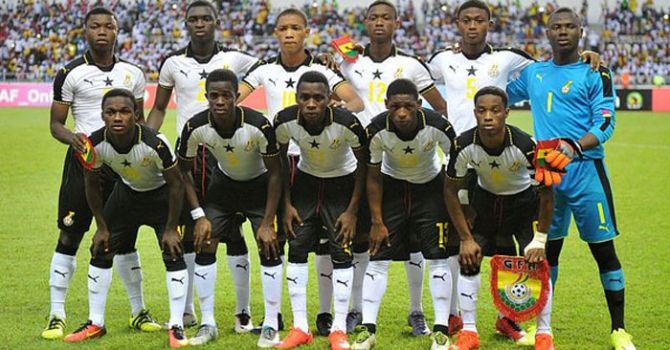 A face-off befitting the tournament's stature will kick off the FIFA U-17 World Cup in the capital here tomorrow, as Ghana's pedigree meets Colombia's pomp in an unfamiliar territory.

Two-time champions Ghana are seeking to revive their fortunes in the tournament, having last won it way back in 1995, when they stunned a Brazilian outfit that had the likes of Julio Cesar in its ranks.

Four years before that, the Ghanians shattered Spain's dream in the summit showdown in 1991 for the African nation's maiden triumph in the youth tournament.

Though Ghana could not quite conjure up the same magic, which saw them lift two titles, in the following years, they still managed to reach the final on two occasions.

This time around, they are entering the tournament on the back of some very impressive performances in the Africa U-17 Cup of Nations.

Ghana's opponents, Colombia, are normally among the top four South American footballing nations alongside Brazil and Argentina, but they have not made it to the tournament since the 2009 edition when they finished third.

Çolombia have so far competed in five editions of the tournament, finishing third on two occasions. They hustled and bustled their way to India with a last-ditch victory over continental rival Paraguay.

Ghana's head coach Paa Kwesi Fabin said his players are eager to rekindle the glory days of the past.

"In India, we'll be out to show we're the best. Our aim is to get to the final and win it," Fabin had said.

The 1990s marked a golden era for Ghana's U-17 national team. The Black Starlets were the undoubted dominant force, reaching the final at four of the decade's five FIFA U-17 World Cups, including lifting the trophy in 1991 (Italy) and 1995 (Ecuador). It also finished on the podium in 1999 (New Zealand).

However, it has been a different story since the turn of the century. Besides a brief revival in 2007, when it reached the semi-finals, Ghana have consistently failed to hit the heights at this level, to the extent that it has only graced two of the last seven instalments of the U-17 World Cup.

Following a 10-year absence, the Black Starlets booked their ticket to the U-17 global extravaganza through their performances at this year's CAF U-17 Africa Cup of Nations.

And they are all geared up to once again prove their mettle, starting with the opening Group A encounter against the South Americans.

The first to land in India for the tournament, Colombia would have acclimatised themselves with the conditions by now. Coach Orlando Restrepo exuded confidence that his boys will put up a good show in the marquee junior event.