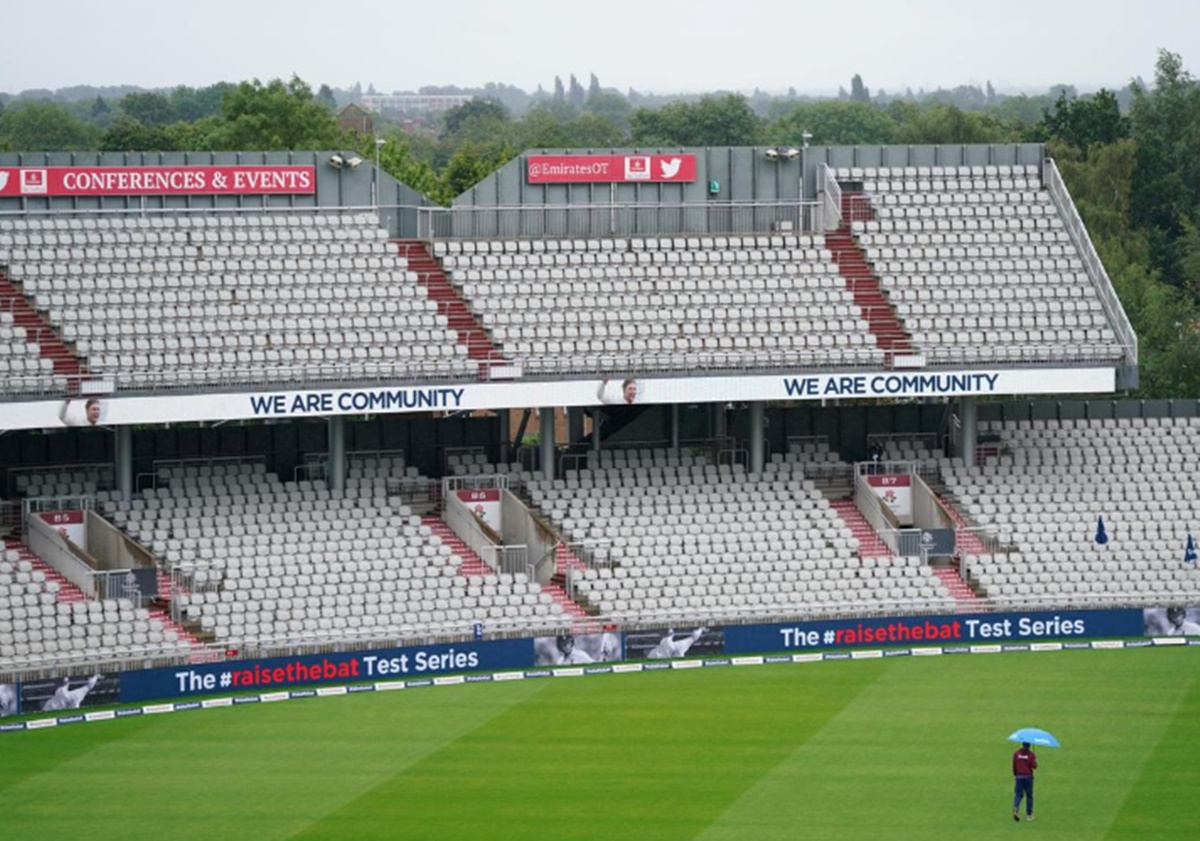 IMAGE: General view inside the stadium before the start of play. Photograph: Jon Super/Reuters

Spectators will not be allowed to attend pilot sports events for at least two weeks due to a spike in COVID-19 infection rates, British Prime Minister Boris Johnson said, on Friday, putting a halt on plans to return to some kind of sporting normality.

The announcement means no fans will be allowed from Saturday at the horse racing in Goodwood as well as the Crucible Theatre for the World Snooker Championships.

The government had decided earlier this month to allow spectators at carefully selected trial events from late July to early August to ‘stress test’ new guidelines on a return to regular live sport.

The U-turn also affects fans scheduled to watch two county cricket matches at the Oval and Edgbaston this weekend.

“Pilots of larger crowds at sports venues will not take place,” Johnson said at a news conference.

“I said from May we would not hesitate to put on the brakes at the slightest sign that the numbers were going in the wrong direction.”

The Office for National Statistics said that between July 20-26 there were an estimated 4,200 new cases per day in England, up from an estimated 2,800 new cases a day the previous week. The United Kingdom has recorded nearly 46,000 deaths so far, according to a Reuters tally.

The new restrictions on fans will be enforced at least until Aug. 15.

The final day of the Goodwood Festival was set for a crowd of around 4,000 on Saturday, which would have been the first time racegoers were allowed on a racecourse since March.

“We are very disappointed for those who were hoping to attend tomorrow’s event and for all those who have worked so hard to make it possible for spectators to be present,” Goodwood racecourse said in a statement.

“We will engage with public health authorities and the DCMS (Department for Digital, Culture, Media and Sport) over a rescheduled pilot at the earliest opportunity.”

Last weekend, 1,000 spectators watched Surrey’s friendly against Middlesex as part of the first cricket pilot at the Oval and around 2,500 per day were due to be allowed for the first two days of Surrey v Middlesex and Warwickshire v Northamptonshire.

Fans who bought tickets for Friday’s sessions of the World Snooker Championship in Sheffield will be allowed to attend but tickets bought from the weekend onwards can either be transferred to 2021 or refunded.