The UEFA has ruled out changing its Champions League suspension rules regarding yellow cards for at least three years and has no intention of bringing them in line with the rules used in the European Championship, officials have told players' representatives.

FIFpro, the international players' union, said in a statement on Tuesday that UEFA had rejected their plea for clemency for the six Chelsea and Bayern Munich players who picked up a third yellow card in last week's Champions League semi-finals.

The decision means that Branislav Ivanovic, Ramires and Raul Meireles of Chelsea and Luiz Gustavo, David Alaba and Holger Badstuber of Bayern will all miss the final in Munich on May 19.

FIFpro said UEFA adopted FIFA's policy for the European Championship, where existing yellow cards are waived after the quarter-finals, and should do the same for the Champions League.

However, Michael van Praag, the chairman of UEFA's Champions League competition workshop, told them: "We have just had three sessions with representatives of the ECA (European Club Association) and others, in which we confirmed the rule for the coming three years.

"We did not receive any request whatsoever concerning the yellow-card rule, not even from the representative of Bayern Munich, and so we will be continuing the rule for the next three years.

"Different rules can apply in different competitions. The current rules are the result of a careful, democratic procedure," he said.

FIFPro spokesman Simon Barker said: "Anybody committing a serious offence in the semi-final should be awarded a red card and miss the final but the offences that result in a yellow card do not justify the serious punishment of missing the match of your life.

"For example, Alaba slipped over and got the ball kicked against his hand - it is not right that such a player should miss the Champions League final because of this.

"Some people say that this will give players the licence to kick all and sundry during the semi-final, but that is utter nonsense. Any serious offence will result in a red card and that still means exclusion from the final."

Chelsea knocked out Barcelona to reach the final against Bayern, who beat Real Madrid in their semi-final.

Chelsea's skipper John Terry will also miss the final as he was shown a red card in the second leg of their semi-final in Barcelona.

© Copyright 2022 Reuters Limited. All rights reserved. Republication or redistribution of Reuters content, including by framing or similar means, is expressly prohibited without the prior written consent of Reuters. Reuters shall not be liable for any errors or delays in the content, or for any actions taken in reliance thereon.
Related News: UEFA, Bayern Munich, Chelsea, Barcelona, David Alaba
COMMENT
Print this article 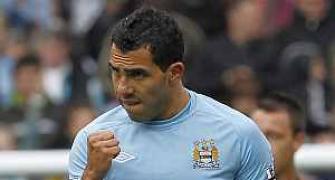 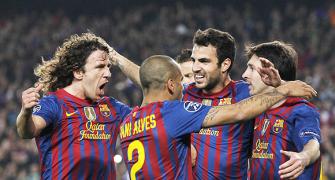 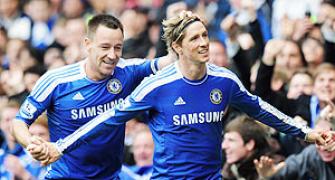 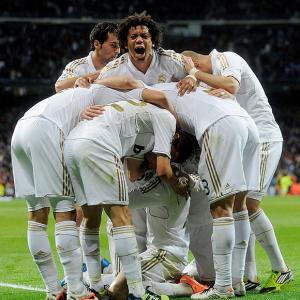 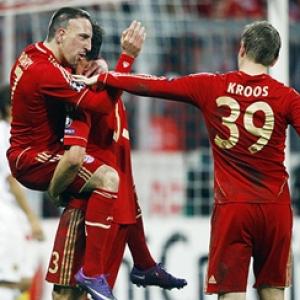