Udinese climbed above Napoli to the top of Serie A, on Sunday, as goals from Mehdi Benatia and Antonio Di Natale gave the Bianconeri a comfortable 2-0 home win over lowly Bologna.

Moroccan defender Benatia opened the scoring with a rare goal on 29 minutes, poking the ball home from a corner before Italian striker Di Natale settled the contest with a 72nd-minute penalty to give Udinese 11 points from five games.

Palermo and Cagliari stayed a point behind the early pacesetters with 2-0 victories. 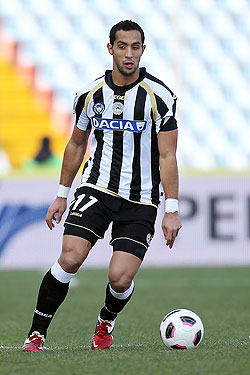 A Giulio Migliaccio header and an injury-time penalty from Uruguayan striker Abel Hernandez gave Palermo three points at home to Siena while two first-half strikes from Davide Biondini and Ribeiro helped Cagliari to a 2-0 win at Lecce.

Sebastian Giovinco jumped to the top of the scoring charts with a first-half brace as Parma moved fifth following a 3-1 win over Genoa.

An 83rd-minute header from German forward Miroslav Klose, his third in five Serie A games, brought Lazio a barely deserved 2-1 win at Fiorentina.

Earlier on Sunday, promoted Novara and Catania played out a six-goal thriller with the exciting Alejandro Gomez equalising for the Sicilians in injury time after second half goals from two ex-Catania players Takayuki Morimoto and Jeda looked like giving the home side all three points.

© Copyright 2022 Reuters Limited. All rights reserved. Republication or redistribution of Reuters content, including by framing or similar means, is expressly prohibited without the prior written consent of Reuters. Reuters shall not be liable for any errors or delays in the content, or for any actions taken in reliance thereon.
Related News: Di Natale, Udinese, Napoli, Bologna, Palermo
COMMENT
Print this article
Serie A: Shock loss for Inter at Novara 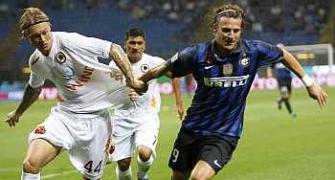 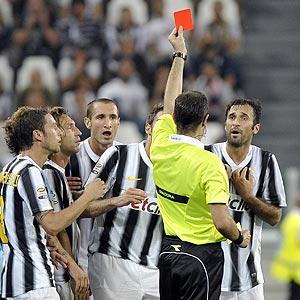 Serie A: Vucinic on target for Juve then sent off 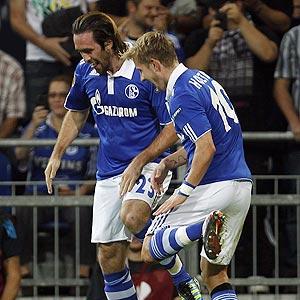