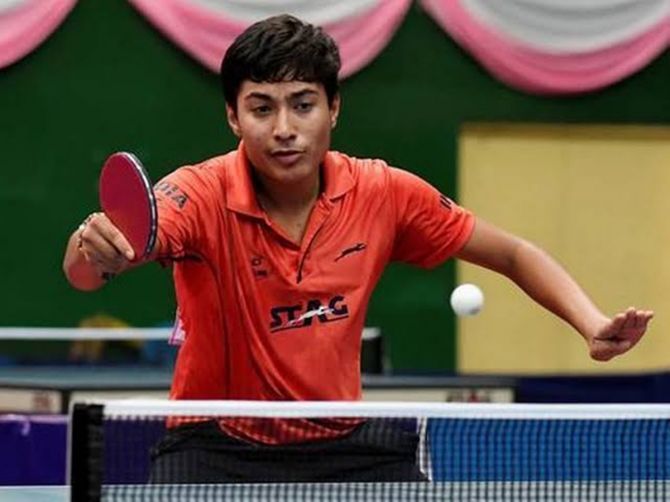 India's Payas Jain and Suhana Saini signed off with bronze medals after losing their respective semifinal matches at the World Youth table tennis championships Vila Nova de Gaia in Portugal on Wednesday. While Payas lost his semifinal match to China's Peng Xiang, Suhana too went down fighting against top-seeded Egyptian Hana Goda in the last four earlier in the day.

However, world No 3 Payas could not reproduce his form in the semifinals and lost to the Chinese 1-4 (4-11, 12-10, 4-11, 2-11, 1-11) in less than 30 minutes. The reigning world champion, who executes forehand and backhand shots with equal felicity, was on song against the Indian, who couldn't contain his opponent's onslaught.

Except perhaps in the second game where Payas managed to seize the moment to win the game on extended points, Peng was all over with his attacking shots. The last two games exemplified the complete control that the Chinese had. The quarterfinal clash was yet another battle between Payas and Naved, who have met each other before on half a dozen occasions.

With Tuesday's win, Payas has equalled the win-loss records. Payas was right on the money against the Iranian, breezing through to a 3-0 lead in the quarterfinals. However, Naved came back strong in the next to pull one back. However, Payas was up to the task in the fifth and completed it to romp home. In the pre-quarterfinals, Payas faced a tough challenge from Nicholas Lum of Australia.

In the opening game, Suhana managed to deuce but her Egyptian opponent went 1-0 up. In the second, the Indian took a six-point lead at point to return to form. But in the third, Hana benefited from Suhana's blemishes to build her lead, picking up seven consecutive points. There was no respite in the fourth as Hana went from strength to strength to take an unassailable lead, forcing an inevitable win in the next.