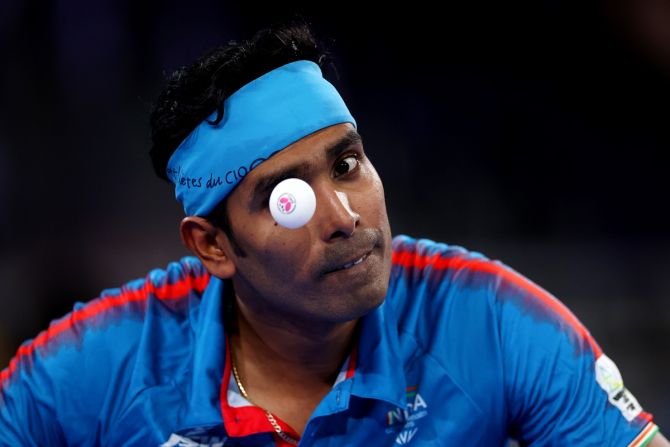 IMAGE: Achanta Sharath Kamal had a brilliant day, moving into the semi-finals of mixed and men's doubles at the Commonwealth Games on Friday. Photograph: Ryan Pierse/Getty Images

Ace Indian paddler Achanta Sharath Kamal put up a sensational show to progress to the semi-finals in all his three events of the table tennis competition at the Commonwealth Games in Birmingham on Friday.

The record nine-time National champion, who has as many as 10 CWG medals to his name, entered the men's singles semi-finals, beating Nigeria's Olajide Omotayo 4-2 in a thrilling contest.

Sharath, 40, also reached the semi-finals of mixed and men's doubles.

Sreeja too dished out superlative performances to progress to the women's singles semi-finals to go with her mixed doubles showing.

Defending champion Manika Batra, however, had a bad day as she suffered a 0-4 defeat to Jian Zeng of Singapore in the women's singles quarter-finals and bowed out of the competition. 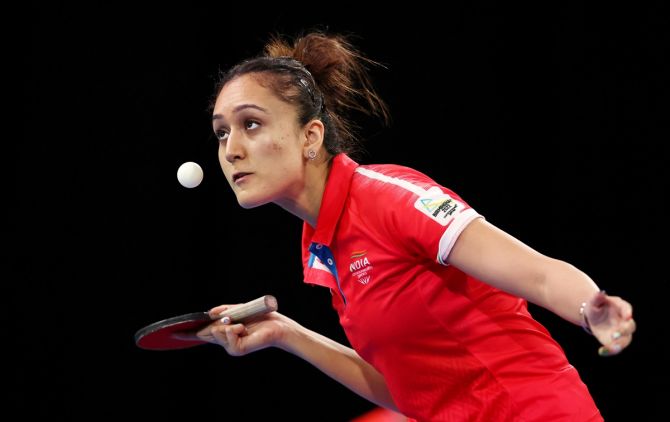 Earlier, Manika and Sathiyan had lost 2-3 to Malaysia's Javen Choong and Karen Lyne, while men's pairing of Sanil Shetty and Harmeet Desai also ended their campaign with a 0-3 loss to Singapore's Chew Zhe Yu Clarence and Poh Shao Feng Ethan.

In another result, Sreeja and Reeth Tennison entered the pre-quarter-finals with a 3-0 win over Scotland's Lucy Elliott and Rebecca Plaistow.

Earlier in the day, Manika and Sreeja had entered the women's singles quarter-finals.

While the 27-year-old Batra steamrolled Australian Jee Minhyung 11-4, 11-8, 11-6, 12-10 to set up a fight with Singapore's Jian Zeng, Sreeja played out a nerve-wracking encounter against Charlotte Carey of Wales to secure herself a last eight berth.

Meanwhile, Reeth Tennison, bowed out in the women's singles event after she went down to Singapore's Feng Tianwei in a round of 16 match. 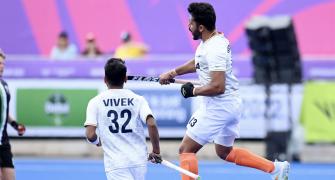 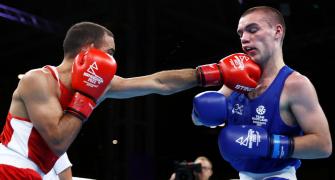 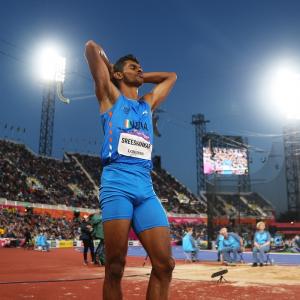 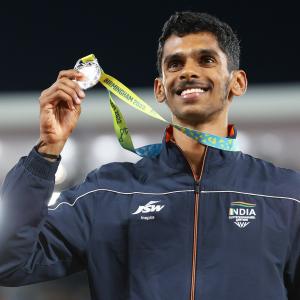