Tribal boy from Bengal set to play rugby for Gloucestershire

A tribal boy from West Bengal has received a scholarship to a college in Gloucestershire renowned for its sporting prowess and has qualified to play rugby for Gloucestershire side Longlevens RFC.

20-year-old Sailen Tudu was spotted playing rugby barefoot on wasteland in Kolkata and has won a scholarship to a college in Gloucestershire.

Guided by the former England captain Phil Vickery, Tudu, who prefers the nickname 'The Beast from the East,' has represented India and is aiming for a professional career in Europe.

Tudu, who touched a rugby ball for the first time just five years ago, has described his introduction to the game saying: "I first watched these kids play touch rugby with cones on wasteland and I was amazed."

"They asked me to join in and I played in my bare feet for a few months. I loved the speed and thrill of the game. Now I'm playing alongside some of the finest sportsmen in Europe. It's incredible. I'm so lucky," he said.

Tudu recalls that he came from a tribal village in the mountains "with no running water or electricity, no books, where rugby is unheard of. The people there are some of the poorest in India."

Tudu, who plays on the wing or at fullback, moved to Kolkata when his father started a job as a police officer.

Within weeks of starting to play rugby he was spotted by Paul Walsh, a former diplomat from the British High Commission, who had formed a rugby team of street children called the Jungle Crows.

Tudu quickly became the team's star player, quit school to play in several minor Indian competitions, and was selected to play for the national under-19 side.

In 2007, Walsh flew Tudu to England, where he met Vickery, who helped the player win a scholarship to study for a diploma in sport, focusing on rugby, at Hartpury College.

Tudu also plays for the Gloucestershire side Longlevens RFC.

"I have been fortunate to achieve some awesome things in rugby but what Tudu has achieved is incredible. I'm passionate about grassroots rugby and his story takes you back to the roots of the game. It's a fantastic story," Vickery told The Guardian newspaper.

Tudu's father, Sudhir Chandra Tudu said: "Sailen loved sport, and I encouraged him to do what he liked. But rugby? He didn't even know such a game existed." 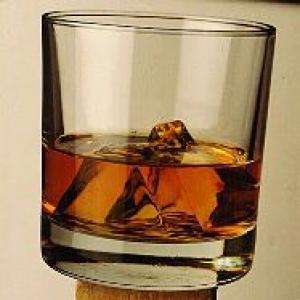