Lyon added that the deal for the 29-year-old was worth an initial six million euros ($7.04 million), with a maximum of five million euros in add-ons.

Shaqiri joined Liverpool from Stoke City in July 2018, making 63 appearances in all competitions for Juergen Klopp's side, winning the Premier League, Champions League, Club World Cup and Super Cup in his time at Anfield.

However, the Swiss forward was relegated to the bench in recent seasons, with injuries and stiff competition for attacking places at Liverpool limiting his game time.

"Shaqiri completes a midfield which is already experienced, and features several senior internationals... his arrival confirms that Olympique Lyonnais is giving itself the means... to have a great season in Ligue 1 and in the Europa League," Lyon said in a statement.

Lyon, who have two points from their opening three games in Ligue 1, travel to Nantes on Saturday.

Norwich City have signed full back Brandon Williams from Manchester United on a season-long loan, the two Premier League sides said on Monday.

The England Under-21 international made 14 appearances for United in all competitions last season but was unable to hold down a regular place on the left side of defence due to the resurgence of Luke Shaw and the arrival of Alex Telles in October.

"It feels very different. It's the first time I've ever played for a different club but I'm just really excited to get started and meet everybody and get my season started on a personal basis," the 20-year-old told Norwich's website.

"I spoke to the head coach (Daniel Farke) and he told me the amount of players that he's developed and how well they've done. Some players have left the club and gone on to do really good things. I just want to be here and improve myself as much as I can."

Williams is Norwich's 10th recent signing, with Billy Gilmour (on loan from Chelsea), Angus Gunn (Southampton) and Christos Tzolis (PAOK) being some of the other notable additions.

Norwich, lost 5-0 to champions Manchester City in the league over the weekend, host Bournemouth in the League Cup on Tuesday.

© Copyright 2021 Reuters Limited. All rights reserved. Republication or redistribution of Reuters content, including by framing or similar means, is expressly prohibited without the prior written consent of Reuters. Reuters shall not be liable for any errors or delays in the content, or for any actions taken in reliance thereon.
Related News: Lyon, Norwich, Olympique Lyonnais, Williams, Xherdan Shaqiri
COMMENT
Print this article 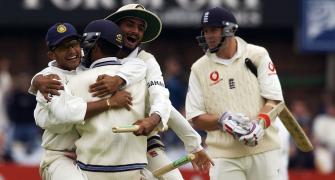 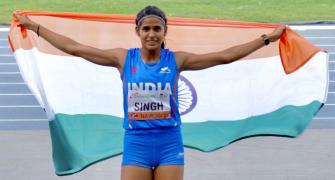 Shaili will break my record within three years: Anju 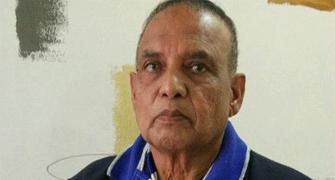