'If you take Usain out of the picture, I would be the fastest man. I feel I was born in the wrong time. Nevertheless, I still proud with what I have achieved.'

London Olympics silver medallist Yohan Blake on what it mean to compete against the great Usain Bolt. Rediff.com's Harish Kotian listens in. 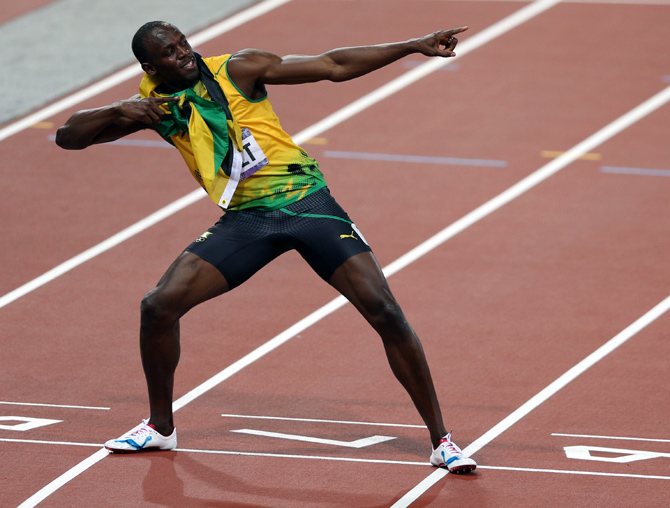 The world of track and field is a lot poorer without the legendary Usain Bolt, believes his former Jamaica team mate and rival Yohan Blake.

"It has changed a lot, I am not going to lie, the times we are running have slowed down, track and field is dying a little," Blake said in Mumbai on Monday on the sidelines of the jersey launch for the Road Safety World Series Masters T20 tournament in Mumbai on Monday, December 2.

Blake believes the current young sprinters are not motivated as the likes of Bolt and hence their performance is not up to the mark.

"I don't think they are motivated as before, Usain brought different level of athletics to Jamaica and the world. I was following in that footstep."

Bolt, who still holds the world records in the 100m, 200m and the 4x00m relay, retired in 2017 as the greatest sprinter in the history of athletics and the world is still struggling to find someone who can even come close to matching his feats.

Incidentally, Blake was at the receiving end as he finished second to Bolt in both the 100m and the 200m at the 2012 London Olympics. He believes if not for Bolt, he would have been the fastest man in the world during that period.

"If you take Usain out of the picture, I would be the fastest man. I feel I was born in the wrong time. Nevertheless, I still proud with what I have achieved. It was Usain's time, I was competing against a giant, I had to work day and night," he said. 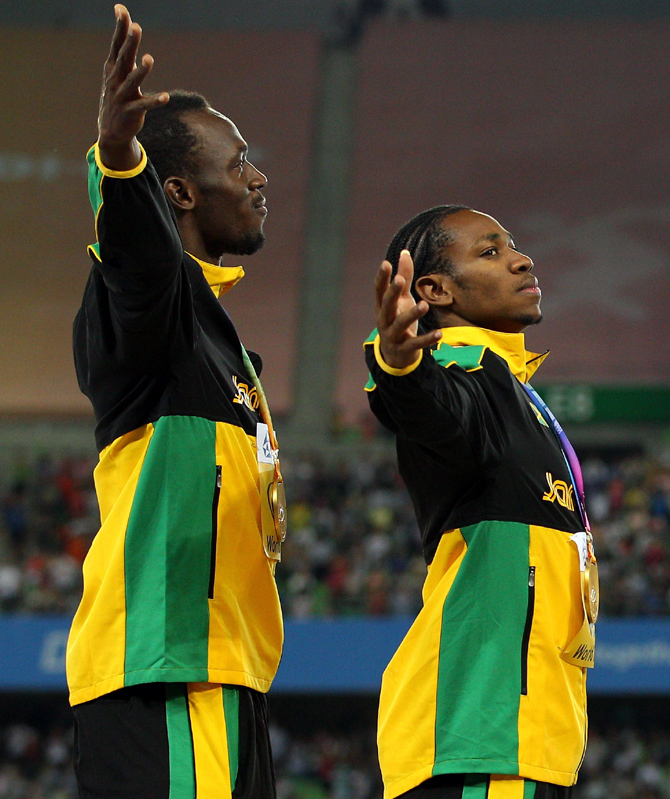 The only success Blake tasted against the great Bolt was when he beat him twice in 2012 during the Jamaican Olympic trials in 2012 but failed to replicate the success in London.

"When I beat him in Kingston, I worked day and night. I should have won in London (2012 Olympics), but there were things going on behind the scenes which I won’t say," he said.

Blake, who has a tough time in the last few years, is hoping to sign off with a gold medal at the Tokyo Olympics next year.

" It is going to be my last Olympics and definitely I am going for the gold. I have got so much medals in the past, this will put the icing on the cake, for me at this Olympics in Tokyo," the 29-year-old Jamaican said.

" If he (Coe) can take away the 200m and the triple jump, I don't know if he is trying to build it or trying to kill athletics. That's a stupid move he is making. He must enhance the sport, but he is killing it. It is just madness," he said.