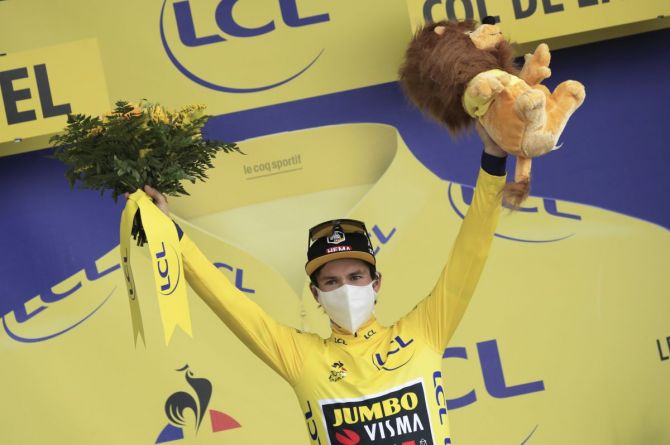 Primoz Roglic took a giant leap towards a maiden Tour de France title when he extended his overall lead after the 17th stage on Wednesday, an unforgiving mountain rollercoaster dominated by Colombian Miguel Angel Lopez.

Lopez prevailed at the end of the 170-km trek from Grenoble, 15 seconds ahead of Roglic, who extended his advantage over fellow Slovenian Tadej Pogacar to 57 seconds, four days before the final parade in Paris.

Roglic was only second best at the top of the Col de la Loze, an unforgiving 21.5km ascent at an average gradient of 7.8%, but it was enough for the Jumbo-Visma rider to tighten his grip on a race he has controlled from the start.

"It was again a good day for us," Roglic told reporters.

"Of course, I always want to win but I gained some time and I saw that others had problems. I knew I could gain time today and that's what we did."

Lopez, twice a Vuelta stage winner, jumped away from the leading group 3.5km from the finish and appeared to defy gravity in the finale as the road rose up to 25% under threatening skies, 2,304 metres above sea level.

The 21-year-old Pogacar now faces an uphill battle to unsettle Roglic, who suffered but was never really threatened.

Lopez moved up to third in the standings, 1:26 off the pace, ahead of another gruelling mountain stage on Thursday, over 175km between Meribel and La Roche sur Foron.

"For the moment I'm happy that I won this stage, it's the biggest win of my carer and I'd be happy with a podium finish," Lopez told reporters.

Another Colombian, Rigoberto Uran, had a bad day and slipped down to sixth from third.

French president Emmanuel Macron followed part of the stage on the road, where hundreds of fans gathered despite the COVID-19 outbreak.

"It's extremely important to show that we can live with the virus," said Macron.

© Copyright 2022 Reuters Limited. All rights reserved. Republication or redistribution of Reuters content, including by framing or similar means, is expressly prohibited without the prior written consent of Reuters. Reuters shall not be liable for any errors or delays in the content, or for any actions taken in reliance thereon.
Related News: Primoz Roglic, Miguel Angel Lopez, Meribel Col De La Loze, Grenoble, Emmanuel Macron
COMMENT
Print this article 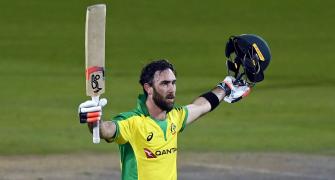 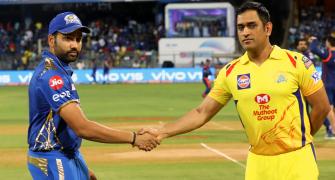 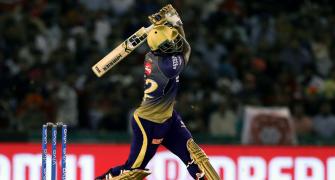 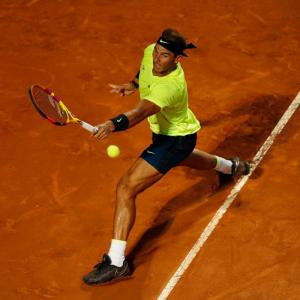 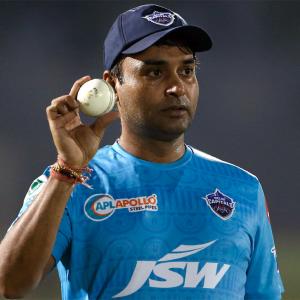