German Marcel Kittel claimed his third victory on this year's Tour de France when he pipped Mark Cavendish on the line to take the 12th stage on Thursday.

Kittel, who won the first and 10th stages, stayed behind the Briton's wheel in the final straight and went past Cavendish at the very last moment. 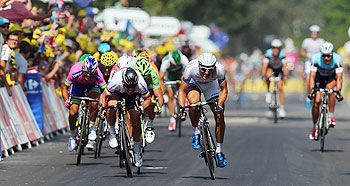 Kittel became the first German rider to win three stages in the same Tour since fellow sprinter Erik Zabel in 2001.

"I can go back and look at it over again, he was just faster," Cavendish said.

"I don't think myself or the team could have done anything different. He was just simply better, you know? The guys were really really incredible for me today.

Slovakia's Peter Sagan took third place at the end of the 218-km flat dash from Fougeres. He leads the points classification with 307 and Cavendish moved up to second on 211.

The top positions in the overall standings remained unchanged with Froome leading Spain's Alejandro Valverde by 3:25 and Dutchman Bauke Mollema by 3:37. Fourth-placed Alberto Contador of Spain is 3:54 off the pace.

Dozens of riders were involved in the crash but as it occurred inside the last three kilometres all were credited with the winner's time.

Froome's teammate Edvald Boasson Hagen was one of those affected and the Norwegian was later forced to pull out of the race with a shoulder fracture.

"Edvald Boasson Hagen has been forced to abandon the Tour de France following a fractured right scapula on stage 12," Team Sky said in a statement.

"Fortunately this doesn't require surgery but Edvald will return home to Norway for further investigation and treatment."

It is the second time in this year's race Kittel has beaten Cavendish in a sprint.

Another specialist, German Andre Greipel, did not contest the finale having been held up behind the crash.

Five men formed an early breakaway to open a nine-minute gap but the sprinters' teams reeled them in with five kilometres left.

"As we say in Germany, good things come by three. I want to congratulate (team mate) Tom Veelers for his hard work despite what happened to him," Kittel added.

On Tuesday, Dutchman Veelers crashed in the finale after bumping shoulders with Cavendish, who was cleared of wrongdoing by the race commissaires.

© Copyright 2020 Reuters Limited. All rights reserved. Republication or redistribution of Reuters content, including by framing or similar means, is expressly prohibited without the prior written consent of Reuters. Reuters shall not be liable for any errors or delays in the content, or for any actions taken in reliance thereon.
Related News: Getty Images, Alejandro Valverde, Edvald Boasson Hagen, Omega Pharma-Quick Step, Spain
SHARE THIS STORYCOMMENT
Print this article 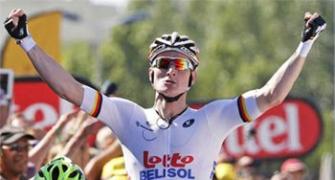 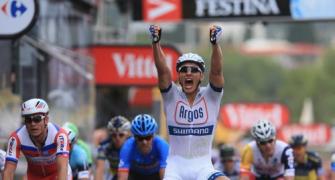 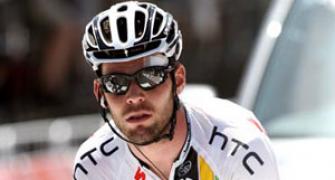 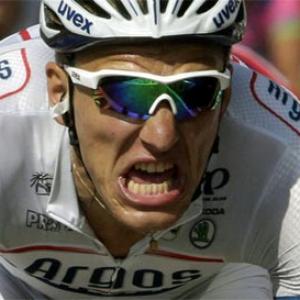 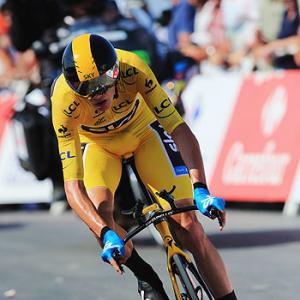