PIX: Totti meets girl who woke from coma after his message

'I want to see you out of the hospital soon and get your life back.' 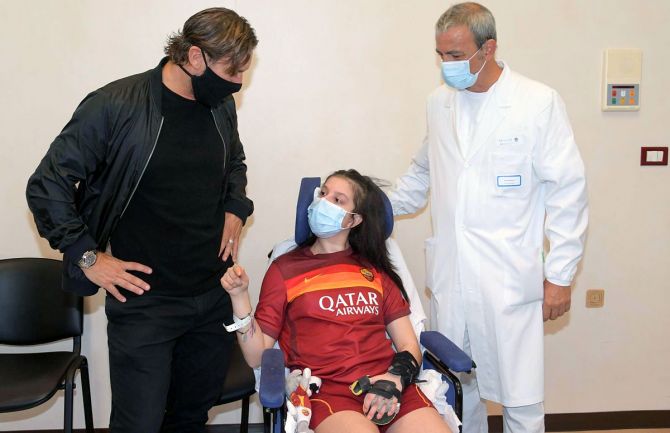 IMAGE: Former AS Roma captain Francesco Totti meets 19-year-old Ilenia Matilli, who recently woke up from a coma after a serious road accident in December, at the Gemelli hospital in Rome on Monday. Photograph: Policlinico Gemelli/ Handout via Reuters

Ilenia Matilli, 19, has been in hospital since December, after a car crash which killed her best friend. In her gradual awakening from a coma, a video message of support from former AS Roma great Francesco Totti played a part.

"Hold on and don't give up," the 44-year-old former Roma captain and forward told Ilenia in a video he sent following a request from her parents.

After hearing his voice, Ilenia gave further signs of recovery and wrote on a special blackboard that she wanted to meet her idol. 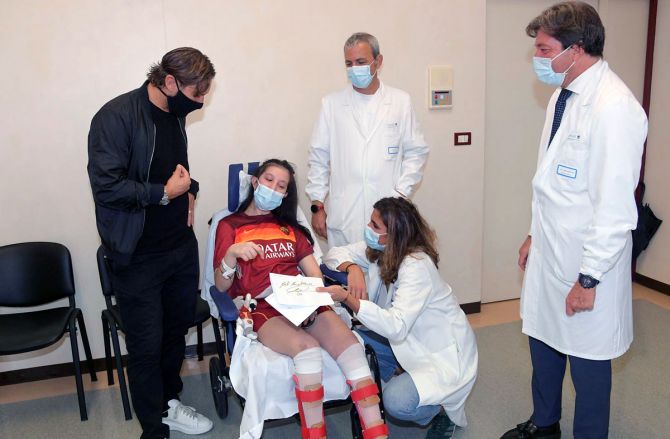 Totti and Ilenia spent an hour together, the Gemelli hospital said in a statement. Even though she used to play for the women's team of Roma's city rivals Lazio, Ilenia was wearing a Roma T-shirt which Totti signed with a golden marker pen.

"I want to see you out of the hospital soon and get your life back," Totti was quoted as saying.

Doctor Luca Padua, who leads the neurorehabilitation unit, said that listening to music, sounds and looking at images were an important part of Ilenia's therapy.

"There is still a long way forward, but we are confident," Padua said.

Former Italy international Totti spent his whole career at Roma, playing over 600 Serie A matches for the club before retiring in 2017.

© Copyright 2021 Reuters Limited. All rights reserved. Republication or redistribution of Reuters content, including by framing or similar means, is expressly prohibited without the prior written consent of Reuters. Reuters shall not be liable for any errors or delays in the content, or for any actions taken in reliance thereon.
Related News: AS Roma, Francesco Totti, Ilenia Matilli, Gemelli, Luca Padua
COMMENT
Print this article 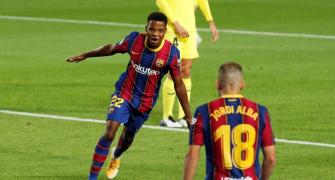 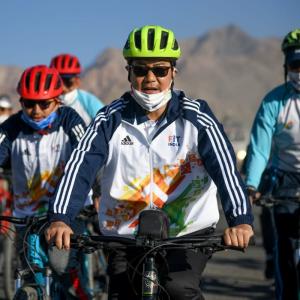 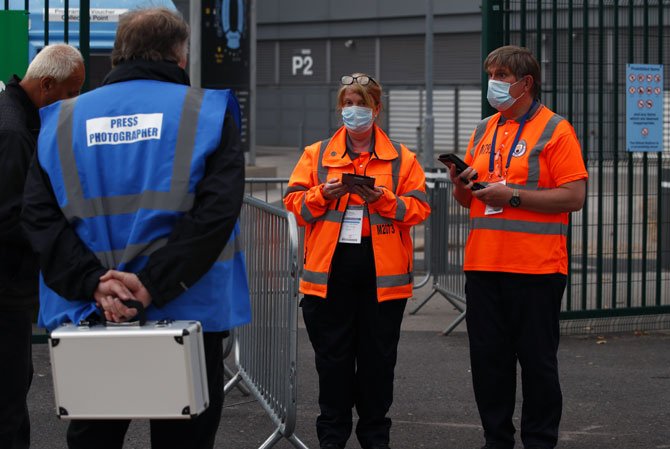