TOP men to watch for at the World Athletics Championships

The eight top men to watch at the World Athletics Championships in Doha, from September 27 to October 6: 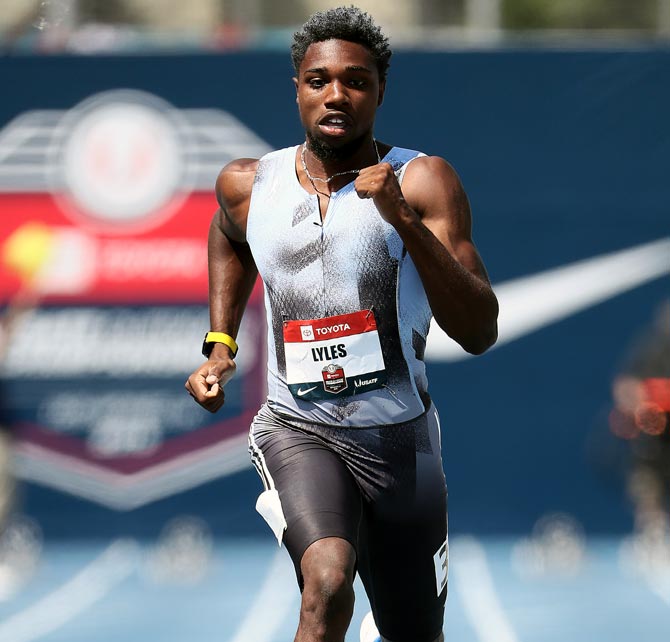 Only three men have run a 200 metres faster than the 22-year-old Lyles, but that run of 19.50 seconds at Lausanne in July is only a portion of the charismatic Lyles' talents.

Watch the world and Olympic favourite before and after races and you may be hit with new dance moves by the biggest sprint star since Usain Bolt who is making his world championship debut.

Next year expect him to challenge for gold in both the 100 and 200m in the Tokyo Olympics. 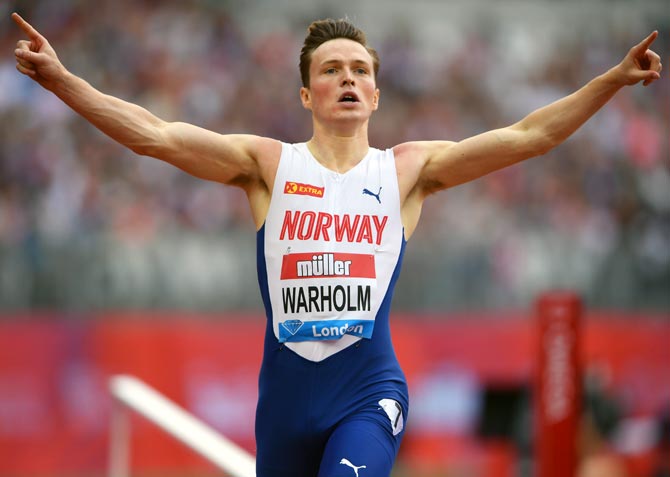 Keep your eyes on the clock when this 23-year-old Norwegian attacks the 400 metres hurdles. A world record could be in the offering.

With Warholm already the second fastest at the distance (46.92), his race with the two men tied for third best (46.98) - American Rai Benjamin and Qatari Abderrahmane Samba - could be the perfect place to smash American Kevin Young's 1992 world record of 46.78. 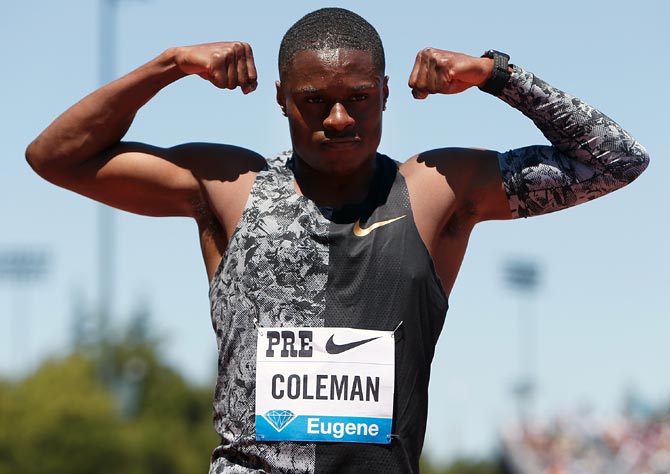 The 23-year-old Coleman always was going to be the centre of attention in the 100 metres as the year's fastest man (9.81 seconds).

But when the U.S. Anti-Doping Agency (USADA) filed - and later withdrew - a whereabouts violations charge against the world silver medallist that heightened interest since Coleman could have received a one or two-year sanction.

To strike double gold in Doha, the fast starting Coleman, who holds the indoor 60m world record, must defeat 37-year-old defending champion Justin Gatlin to win the 100m and upset the favoured Noah Lyles in the 200. 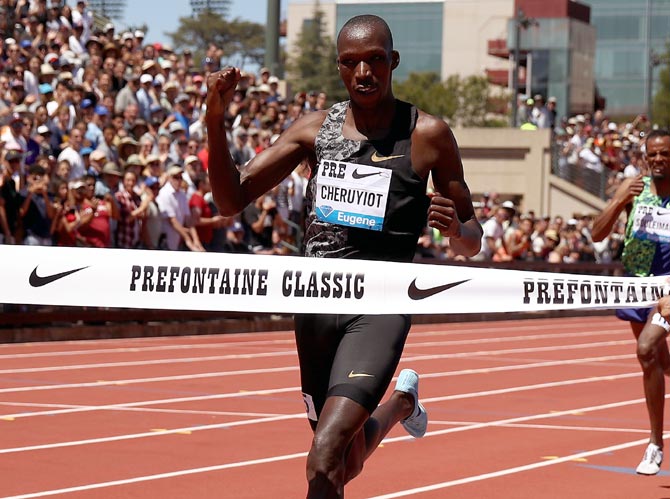 Three times the Diamond League champion, the year's fastest 1,500m runner is hoping to streak to his first world title after a string of seconds.

But he has put together a sparkling run of eight victories in nine races at 1.500m/mile, including a 2019 best 3:28.77 and has bigger ambitions.

Cheruiyot would need to break the 3:26 barrier to acquire the world record since Moroccan Hicham El Guerrouj ran 3:26.00 in Rome in 1998. 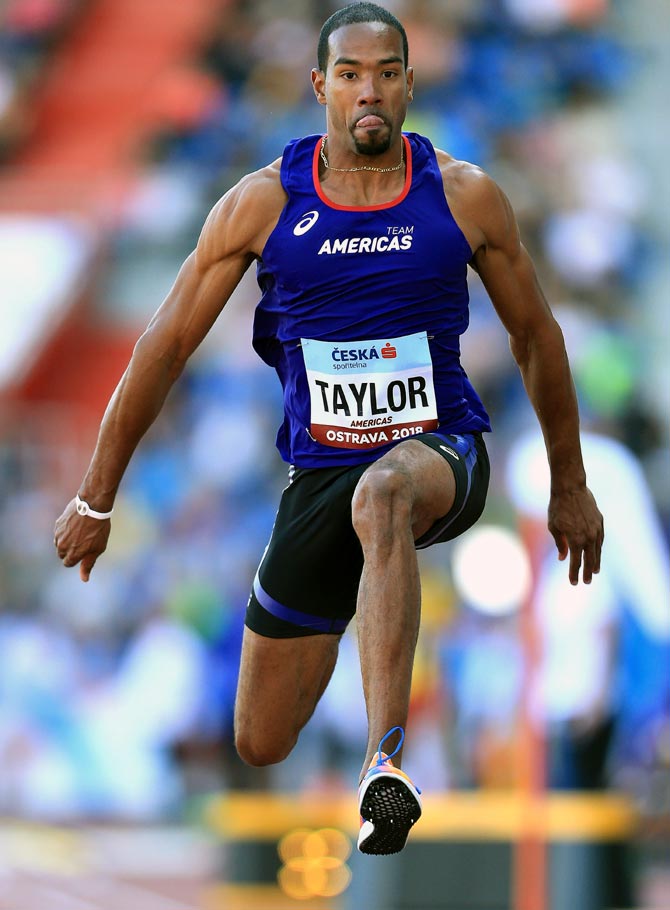 Taylor flew 5,000 miles for a quick jump at the US championships to preserve his wild card spot for Doha.

Now he will really have to jump to win what could be the top field event rivalry of the world championships.

With world silver medallist and US teammate Will Claye the only triple jumper over 18 metres this year, double Olympic champion Taylor, 29, will need to go all out to win a fourth world title.

It's a feat no triple jumper has ever accomplished. 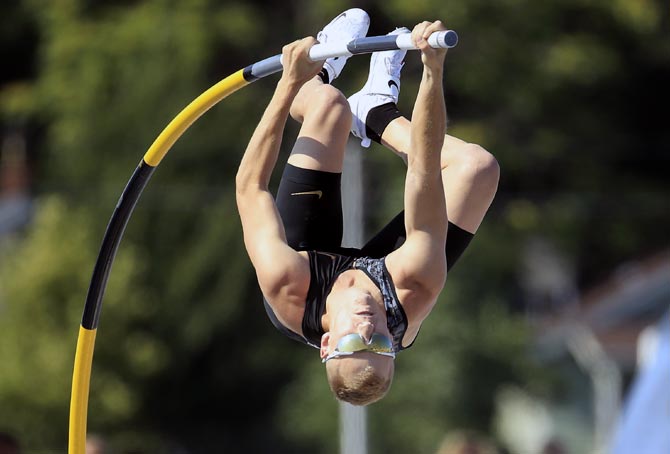 Only the legendary Sergey Bubka has vaulted higher outdoors than Kendricks' clearance of 6.06 metres to win the US championship in July.

Now he, Frenchman Renaud Lavillenie (who holds the world record with an indoor vault of 6.16m), American-born Swede Mondo Duplantis and Poland's Piotr Lisek vie in a friendly rivalry for Kendricks' 2017 world title.

If the American wins again, he would be the first male pole vaulter to repeat since Bubka won six consecutive world titles between 1983 and 1997. 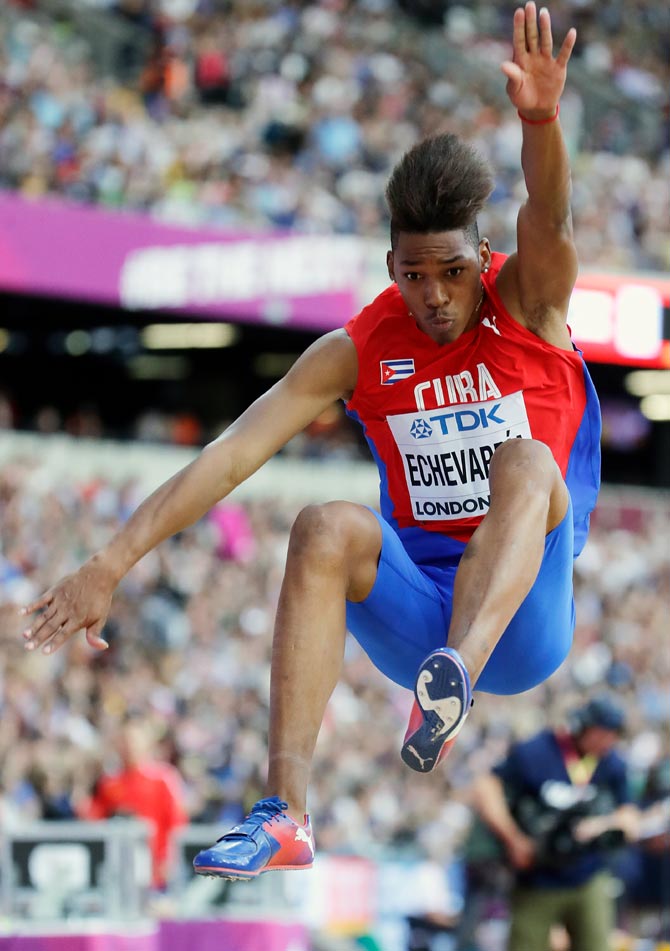 When the Cuban roars down the runway, big marks usually follow.

His leap of 8.68 metres last year was the best jump in nearly a decade and the 21-year-old appears to be rounding into shape for another big mark at the world championships after bounding 8.65m at the Zurich Diamond League meeting.

Echevarria went even further in Havana earlier this year.

But his mark of 8.92m was powered by an over-the-allowable wind of 3.3 metres per second. Still, only four jumps have been further under any conditions, including Mike Powell's 1991 world record of 8.95m.