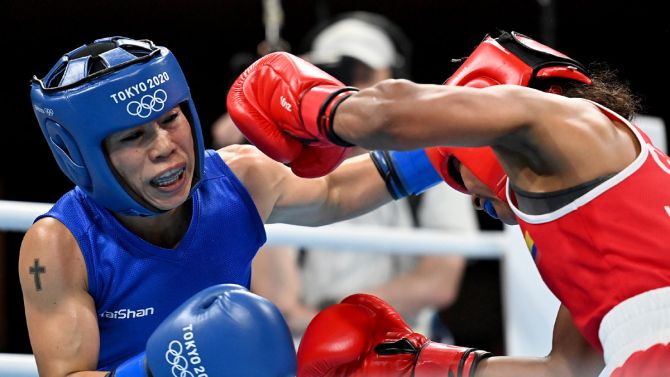 Six-time World champion M C Mary Kom's pursuit of a second Olympics medal ended in the pre-quarter-finals of the Tokyo Games as she went down to 2016 edition's bronze-medallist Ingrit Valencia in a fiercely-fought 51 kg showdown, in Tokyo, on Thursday.

The 38-year-old Indian boxing legend, a multiple-time Asian champion and a bronze-winner from the 2012 London Olympics, lost to the Colombian 2-3 in a Round of 16 bout.

Mary Kom had tears in her eyes and a wide smile on her face when the referee raised Valencia's hand at the end of the bout, exhausted after the intense clash. 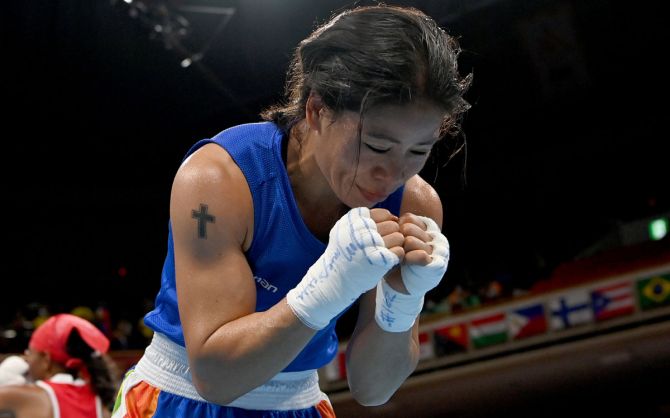 The two were attacking each other from word go and Valencia grabbed the upper-hand when she clinched the opening round 4-1.

The Manipuri veteran fought back to claim the second and the third rounds by 2-3 margins, but the slender edge that Valencia took in the opening round tilted the final scores in her favour. 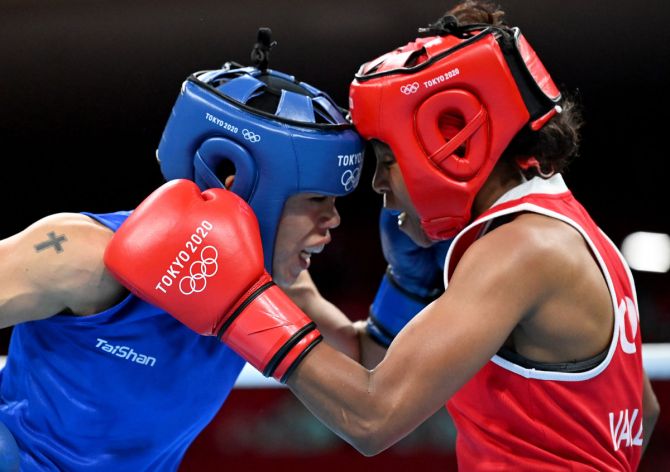 The Indian landed her right hooks to perfection in the second and third rounds.

She had earlier beaten Valencia in the 2019 World Championships quarter-finals.

Thursday's victory is the Colombian's first over the Indian icon.