IMAGE: India's Vikas Krishan in action against Japan's Sewonrets Quincy Mensah Okazawa during the men's welterweight Round of 32 bout at Kokugikan Arena in Tokyo, on Saturday. Photograph: Ueslei Marcelino/Reuters

Indian boxer Vikas Krishan (69kg) was out-punched 0-5 and left with a bloodied eye by local favourite Sewonrets Quincy Mensah Okazawa as he bowed out of the Tokyo Olympics on Saturday after fighting with a shoulder injury in the opening round.

The 29-year-old Vikas sustained a cut below his left eye in the high-voltage clash.

"During the last sparring session in Italy (before the team left for Tokyo), he injured his shoulder. He got treatment and we had hoped that he would be fine, he started without problem," India's High Performance Director Santiago Nieva said referring to the team's pre-Olympic training stint in Italy.

"But when he attempted a jab at Okazawa's body, he hurt the shoulder again and could not use his left hand properly. He fought with one hand today," the Swede added.

Vikas was the only Indian boxer in action on the day. He had beaten Okazawa in the Asian Olympic qualifiers last year.

But on Saturday, Okazawa dominated from start to finish and seemed like a nimble-footed dancer in the ring, controlling the proceedings with utmost ease against the Indian, who was competing in his third Olympics.

"Vikas was in severe pain through the bout," said his close friend and regular sparring partner Neeraj Goyat. IMAGE: Japan's Sewonrets Quincy Mensah Okazawa dominated from start to finish and seemed like a nimble-footed dancer in the ring, controlling the proceedings with utmost ease against the Vikas Krishan, who was competing in his third Olympics. Photograph: Ueslei Marcelino/Reuters

He will next face Cuba's third-seeded Roniel Iglesias in the round of 16. Iglesias is the 2012 Olympic gold-medallist and also a former world champion.

"It is a tough draw for Indians but we are at the Olympics, nothing is easy here," Nieva said when asked about the string of tricky opponents that dot the draws of all the Indian boxers in fray.

"Everyone likes to have it slightly easy to start with but that can't be reason to not give your best." 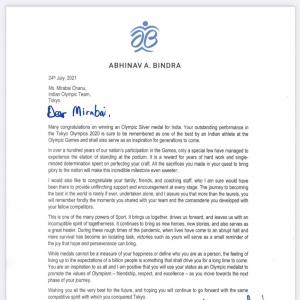