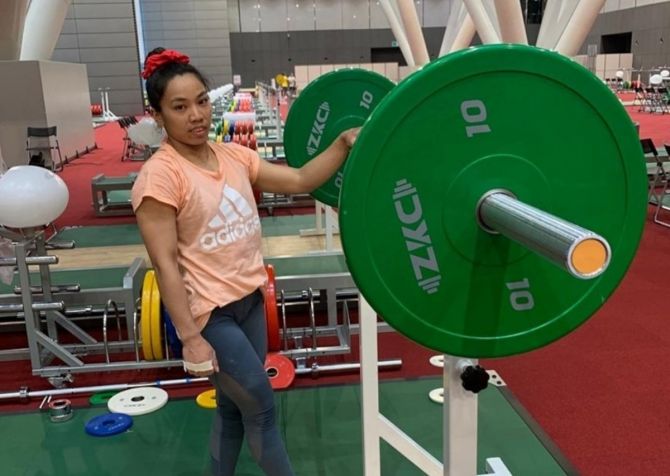 Former world champion Mirabai Chanu will be in focus for her high medal-winning chances at the Tokyo Olympics as the Indian hopes to exorcise the ghosts of a disappointing Rio Games and write a new chapter in the country's weightlifting history.

Competing in the 49kg category, Chanu is being considered a sure shot medal prospect for India as her personal best of 205kg is only second to China's Hou Zhihui's effort of 213kg in the eight-woman field.

The hype is similar to the one five years ago in Rio, where Chanu could manage only one lift from her six attempts and thus could not get an overall total in women's 48kg event.

The diminutive Manipuri will desperately hope for a different script this time round, one that involves a podium.

Karnam Malleswari is the only Indian weightlifter who has an Olympic medal to her credit, a bronze in the 69kg category at the 2000 Sydney Games when the weightlifting arena was opened to women for the first time.

Post the Rio Games, Chanu has proved her mettle as a fighter and serious contender. She has won medals in almost all marquee events, including gold in the world championship and the Commonwealth Games, and a bronze in the Asian championship.

The coveted Olympic medal will be the cherry on top.

While Chanu will have one eye on her competitors' barbells, the 26-year-old's main battle will be with herself. In recent times, her performance in the snatch section has often proved to be her downfall in important competitions.

Chanu has managed to match Zhihui, the favourite to win the gold, in the clean and jerk category, but her personal best of 88kg in snatch pales in comparison to the Chinese lifter's world record effort of 96kg.

Even USA's Delacruz Jourdan Elizabeth has a better personal best -- 89kg -- than the Indian's, while Aisah Windy Cantika of Indonesia had managed to pip Chanu to win a bronze in the snatch section at the Asian championship in April.

It is expected that Chanu will try to better her world record lift of 119kg in the clean and jerk category, should the competition demand it.

"Our competitors are the lifters from China, USA and Indonesia. We have worked on snatch. But the weights will be decided based on what the others are doing. We don't want to take unnecessary risks," national coach Vijay Sharma said from Tokyo.

"At the Asian Championship we had the freedom to experiment but the Olympics comes once in four years, the strategy will be different," he added.

Interestingly, Chanu has set the highest entry weight of 210kg, which is five kilograms more than her personal best, followed by Zhihui (205kg), who had lifted 213kg (96g+117kg) at the Asian championship.

Cantika and Elizabeth have entered 203kg and 200kg respectively, while the other four lifters in the fray have set entries below the 200kg mark.

With world record holders Chanu (clean and jerk) and Zhihui (snatch and total) vying for supremacy at the Tokyo International Forum's weightlifting arena, new world marks are on the cards. 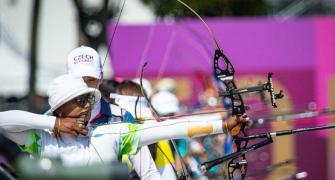 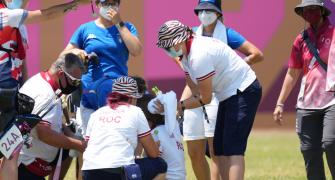