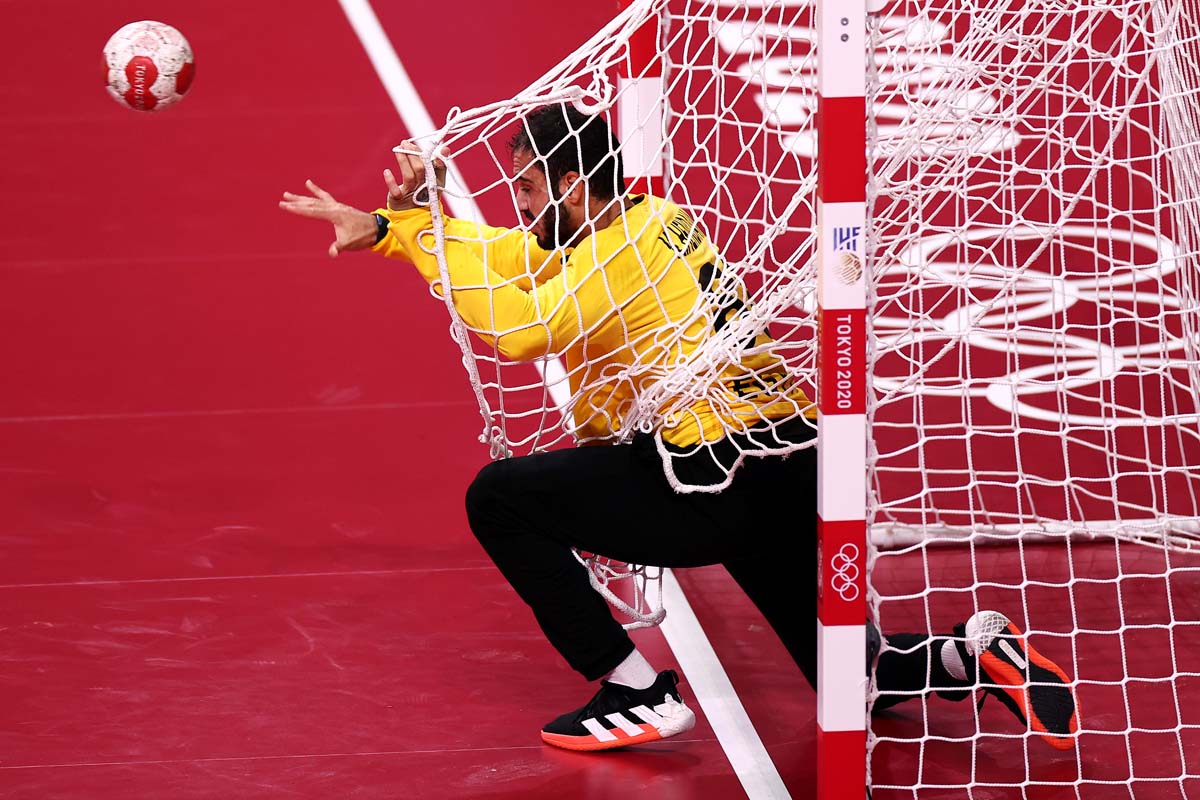 IMAGE: Team Egypt's Karim Hendawy passes the ball while being tangled in the net after attempting to make a save during the Bronze medal handball match against Team Spain.
Photograph: Maja Hitij/Getty Images 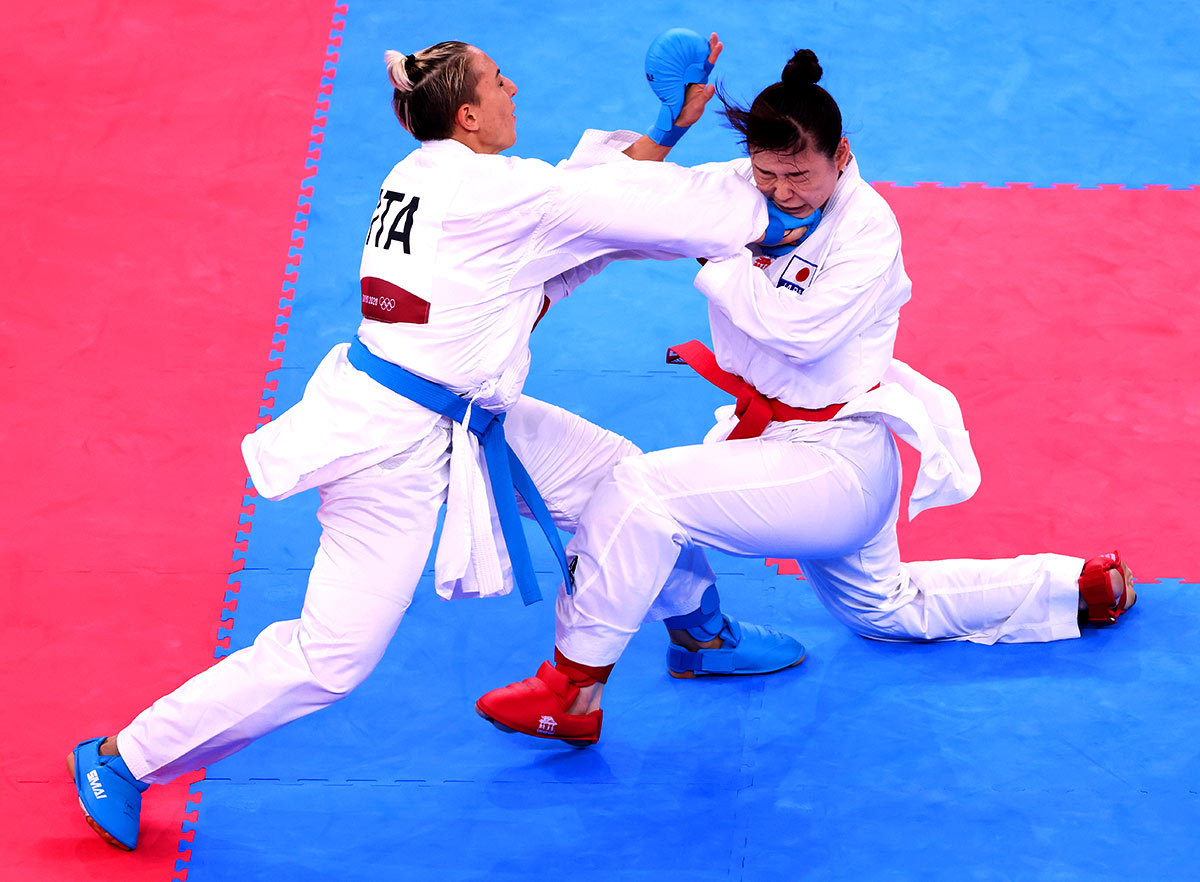 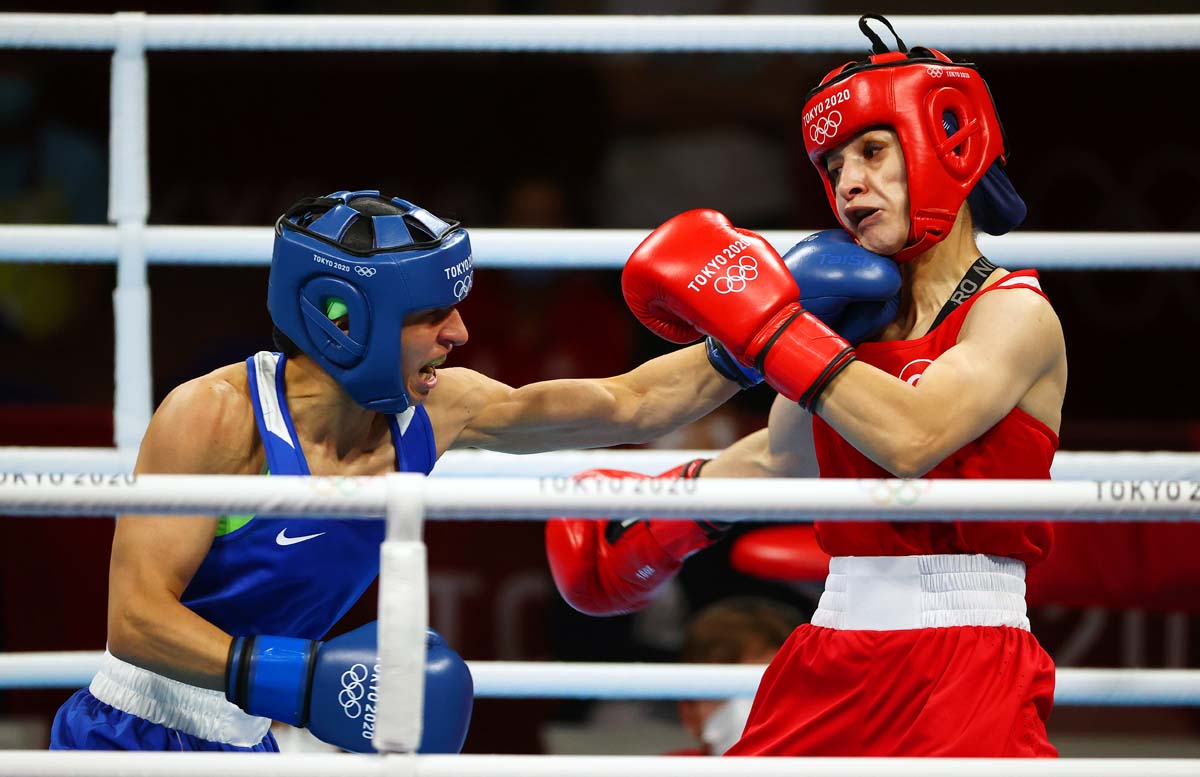 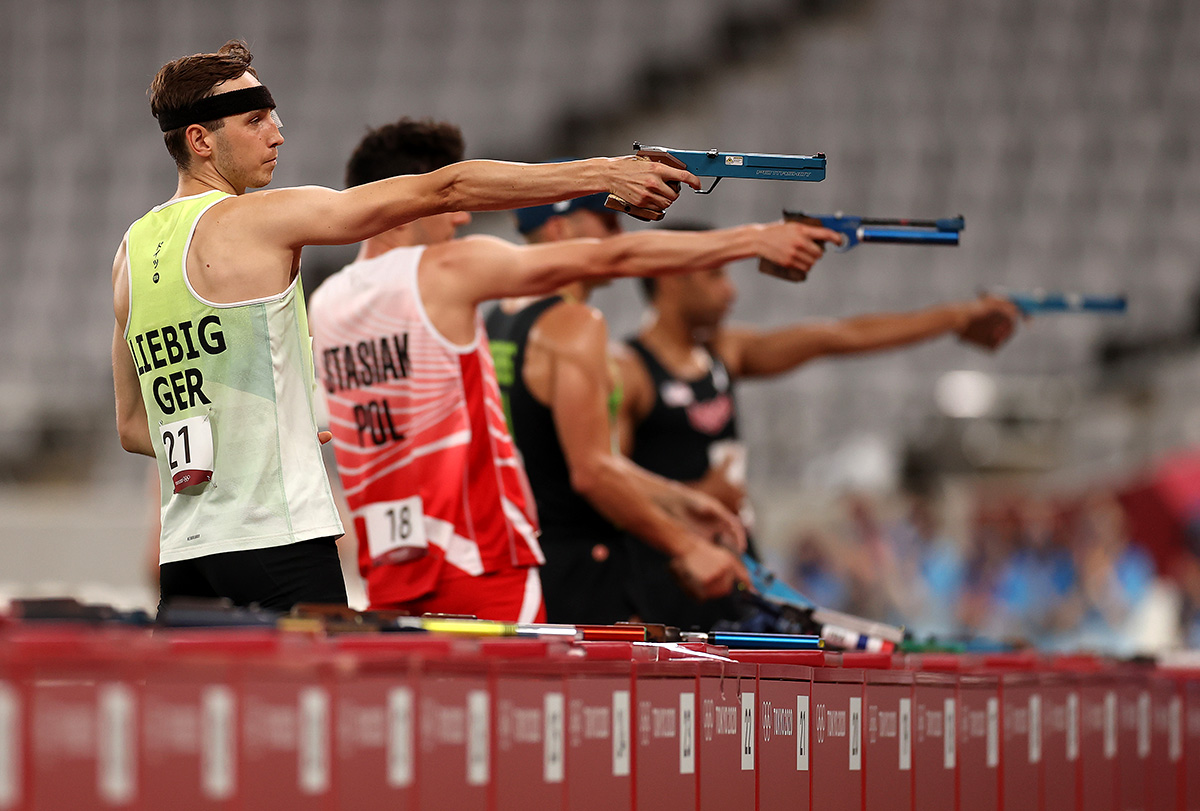 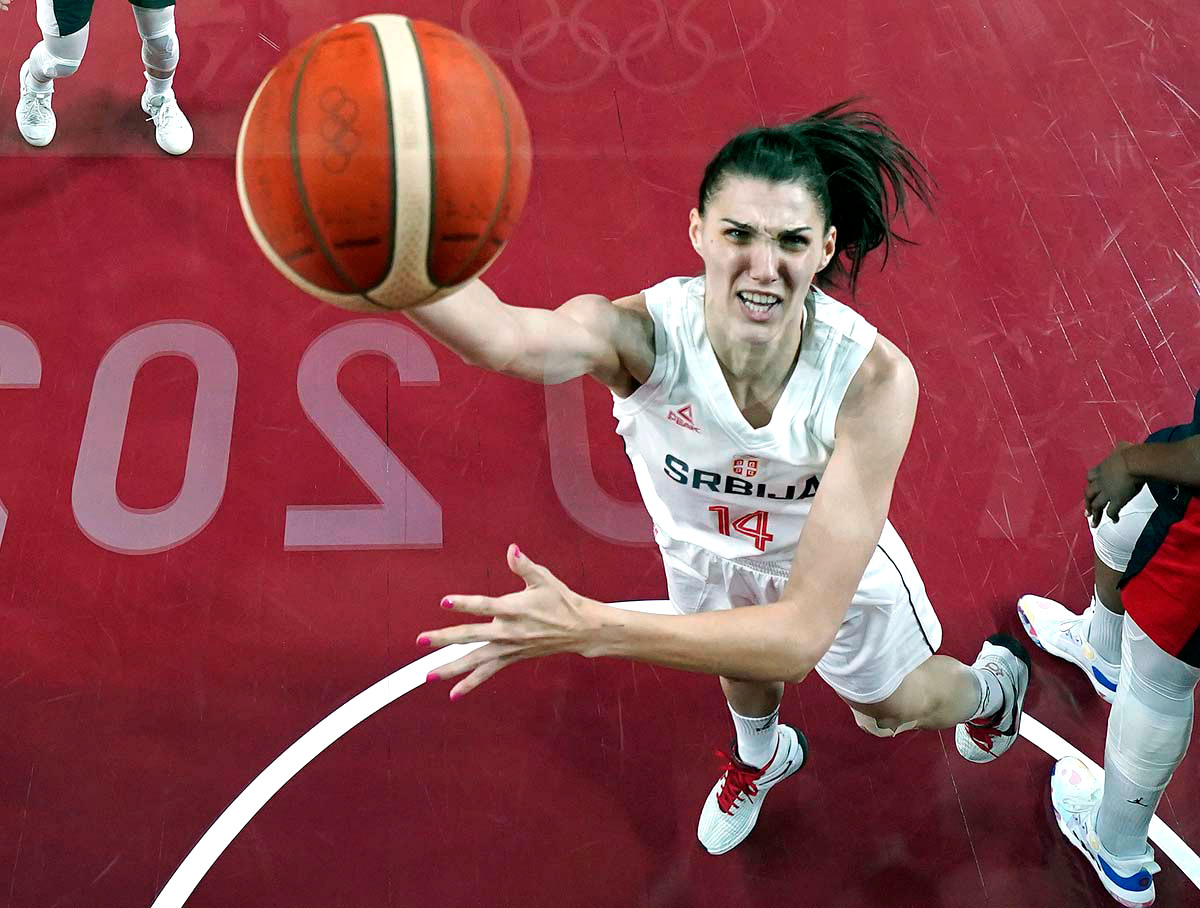 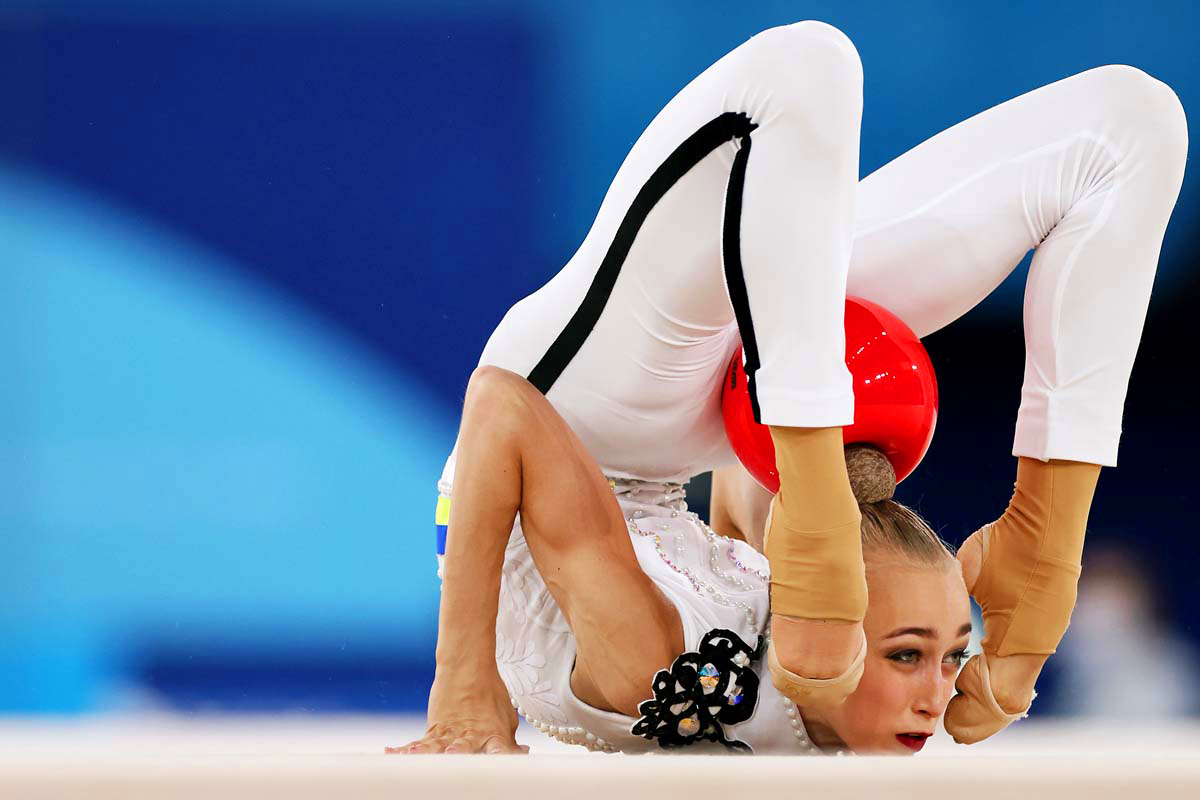 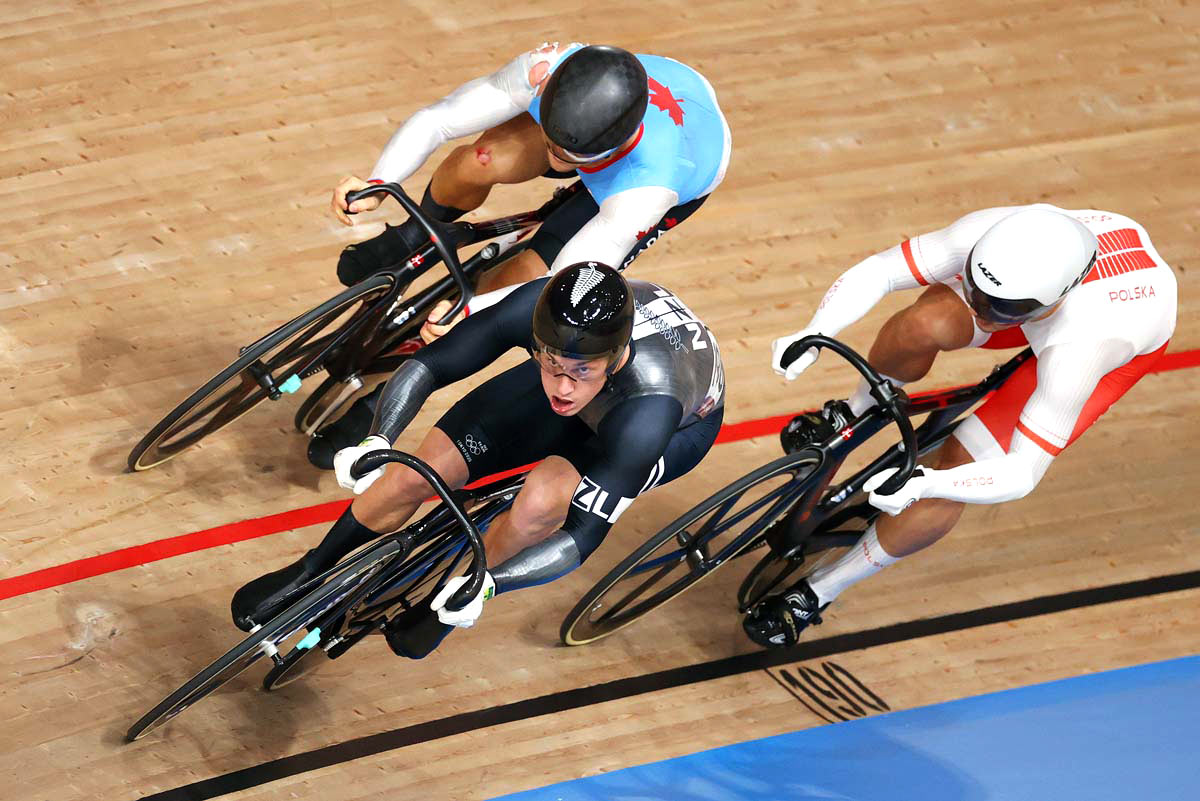 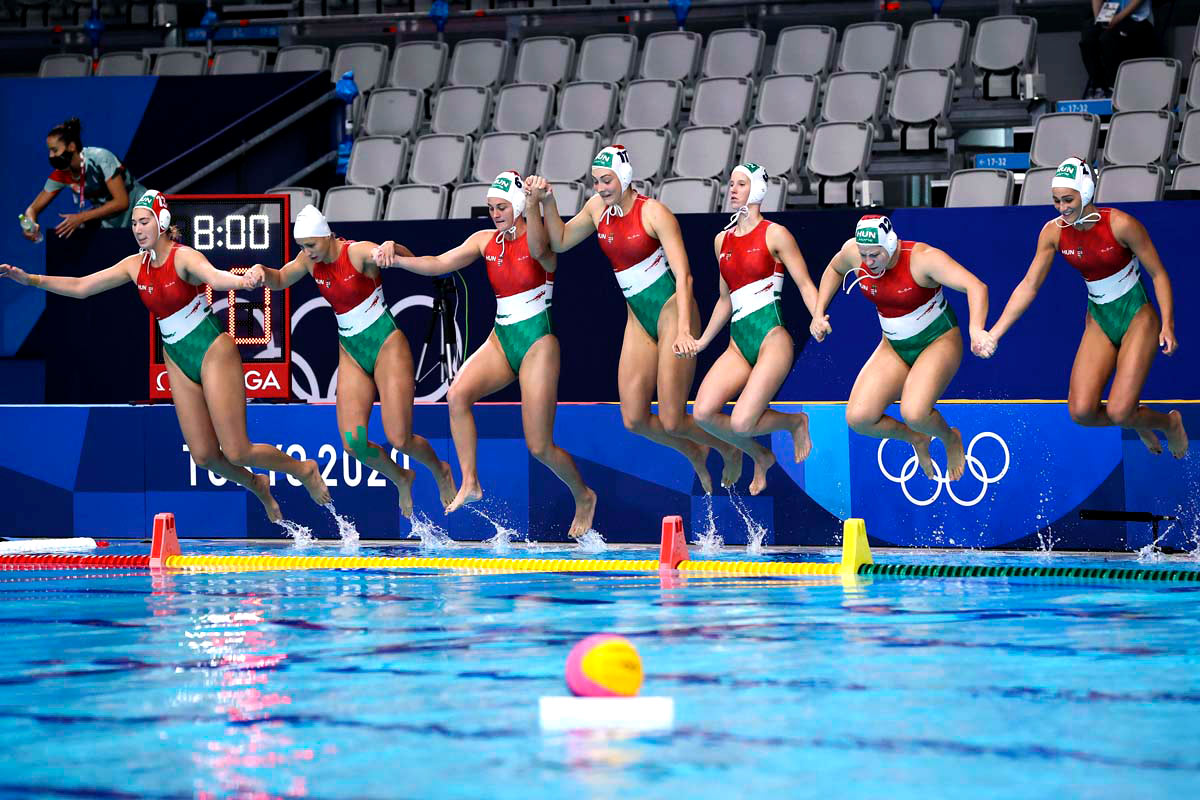 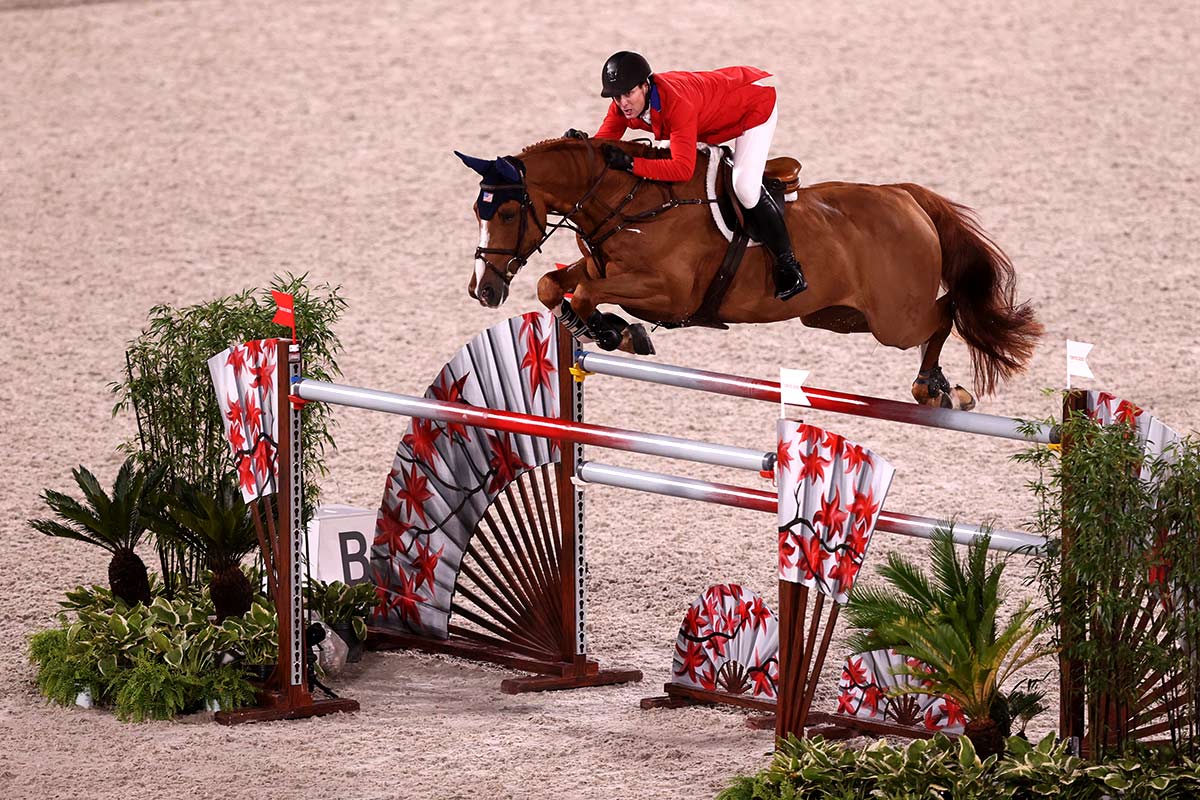 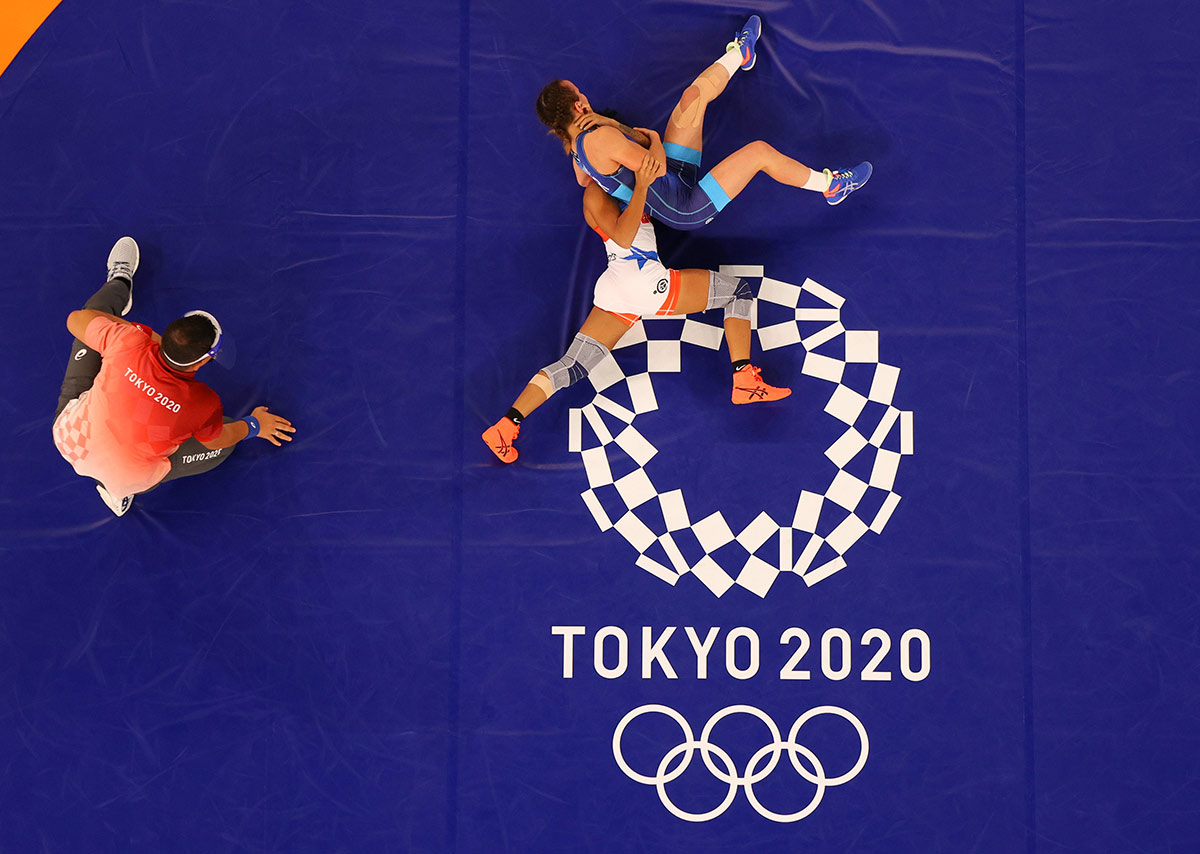 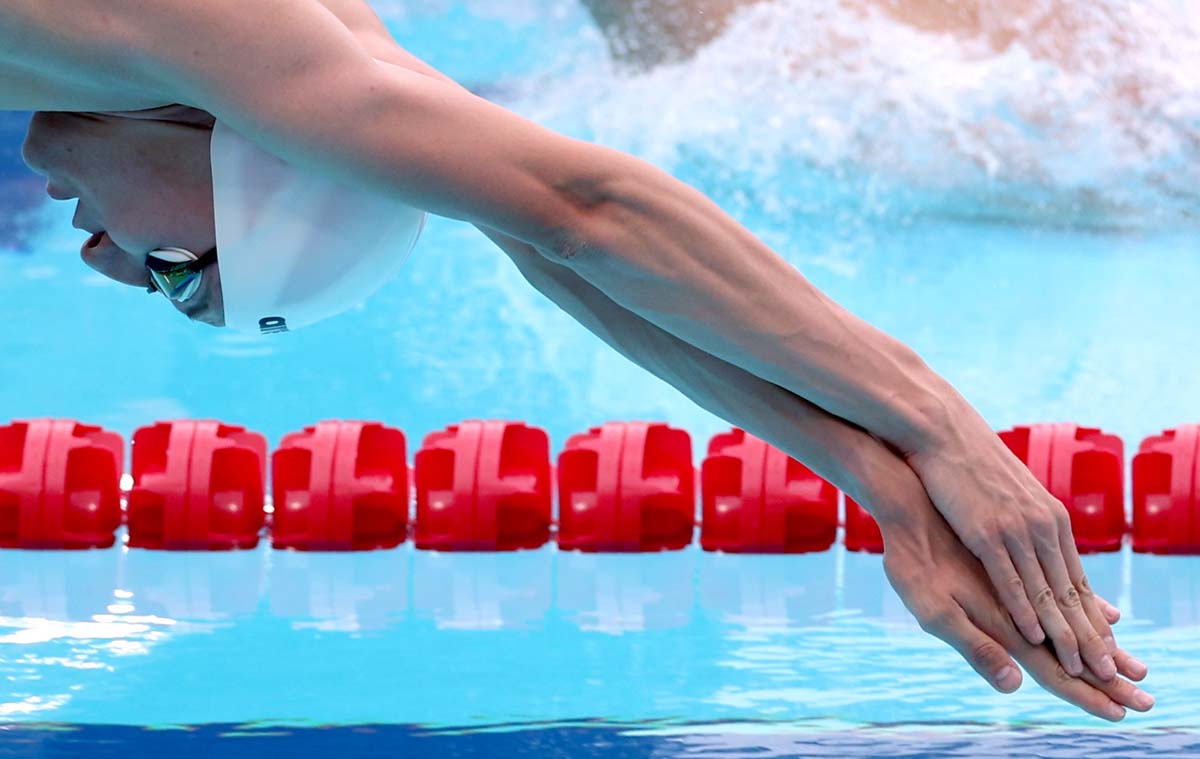 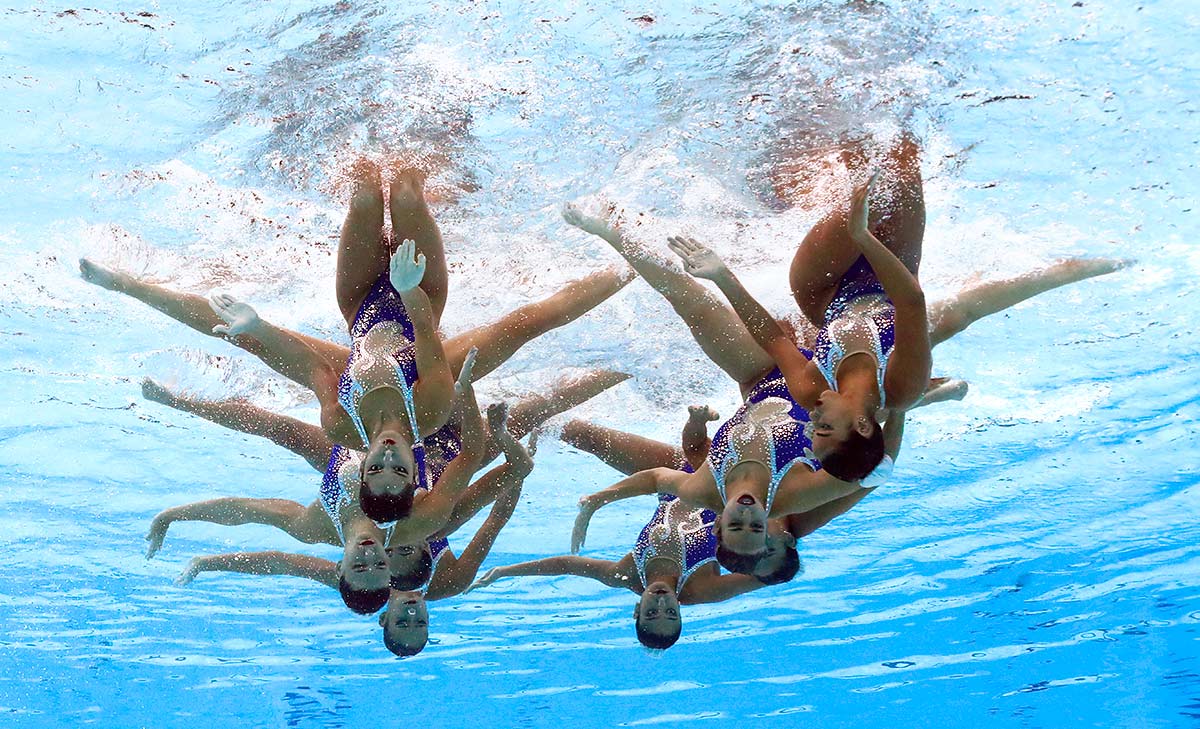