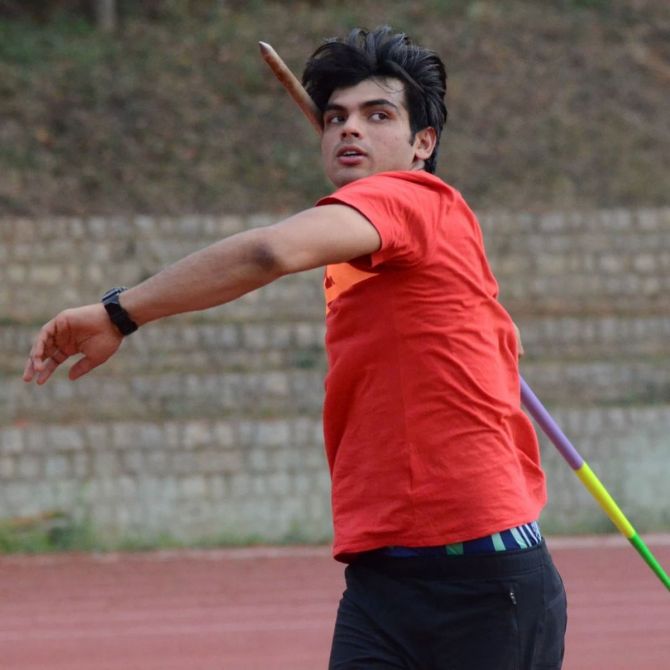 The Tokyo Olympics triumph is done and dusted for star Indian javelin thrower Neeraj Chopra, who is now looking ahead for success in the coming years as he arrived in Chula Vista, United States for his off-season training.

Chopra will train at the world class facility in Chula Vista for 90 days along with coach Klaus Bartoneitz after the Sports Authority of India cleared a proposal in quick time last week.

"It's time to put the past to rest and focus on the future. Have arrived for my off-season training and look forward to restarting the process of getting better," Chopra tweeted.

The proposal, moved by the Athletics Federation of India (AFI), was approved inside four hours to ensure that Chopra was able to fly out on Sunday.

The cost approved to train at the prestigious Chula Vista Elite Athlete Training Centre under the Target Olympic Podium Scheme (TOPS) will be Rs 38 lakh.

"Immensely grateful to DG sir, @Media_SAI, the TOPS and @afiindia teams and everyone involved in making this happen," wrote Chopra who sent the javelin to 87.85m in Tokyo on August 7 to clinch India's maiden Olympic gold in athletics. Under the earlier plan, Chopra was to proceed to Potchefstroom, where he had trained earlier in 2019-2020, but it was scrapped due to the new COVID-19 strain in South Africa.

Given the uncertainty across the world, SAI decided not to wait for the Mission Olympic Cell meeting to approve the proposal.

Chopra has started his preparation for the 2022 World Athletics Championships, Commonwealth Games in Birmingham and Asian Games in China.

After winning the historic gold in Tokyo, Chopra had expressed his desire to win a medal in the World Athletics Championships to be held in Eugene, United States from July 15 to 24. He is the reigning Commonwealth Games and Asian Games champion.

The state-of-the-art centre at Chula Vista, spread over 155 acres, is one of the world's finest training and competition venues.