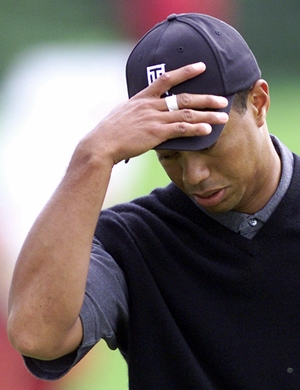 The sex scandal that engulfed Tiger Woods may have cost shareholders of companies endorsed by the world's No. 1 golfer up to $12 billion (7.5 billion pounds) in losses, according to a study by two economics professors from the University of California, Davis.

The study, released on Monday by researchers Victor Stango and Christopher Knittel, gave an estimate for damage to the market value of Woods' main sponsors caused by revelations of alleged extramarital affairs that surfaced after he was involved in a minor car accident outside his Florida home on November 27.

"We estimate that shareholders of Tiger Woods' sponsors lost $5-12 billion after his car accident, relative to shareholders of firms that Mr. Woods does not endorse," the researchers wrote, adding that millions of shareholders were affected.

"Our analysis makes clear that while having a celebrity of Tiger Woods' stature as an endorser has undeniable upside, the downside risk is substantial, too," Stango, a professor at the UC Davis Graduate School of Management, said in a statement released along with the study.

Woods, believed to be the world's wealthiest athlete who was estimated to earn about $100 million a year in endorsement deals before his troubles, confessed on December 11 to "infidelity" to his Swedish wife Elin Nordegren. He announced he would take an indefinite break from golf to save his marriage.

Some of the star golfer's main commercial sponsors have backed away from him as a result of the scandal. Others, while standing by him, have said they are evaluating their future relationship.

In their study, the two professors said they looked at stock market returns for the 13 trading days after November 27, the date of the car incident that ignited the Woods scandal.

They compared returns for Woods' sponsors during this period to those of both the total stock market and of each sponsor's closest competitor. They also reviewed returns for four years before the car accident to build up a comparative picture of the sponsors' market performance.

The report carried a caution that this kind of statistical study might have a "particularly large" margin of error because many sponsors were subsidiaries of larger quoted companies.

Overall, Knittel and Stango concluded that the scandal reduced shareholder value in the sponsor companies by 2.3 percent, or about $12 billion.

They called the results statistically significant and said the overall pattern of losses at the parent companies was unlikely to stem from ordinary day-to-day variation in their stock prices."

"Our findings speak to a larger question of general interest in the business and academic communities: Does celebrity sponsorship have any impact on a firm's bottom line?" Stango and Knittel said in presenting the report.

© Copyright 2020 Reuters Limited. All rights reserved. Republication or redistribution of Reuters content, including by framing or similar means, is expressly prohibited without the prior written consent of Reuters. Reuters shall not be liable for any errors or delays in the content, or for any actions taken in reliance thereon.
Related News: Tiger Woods, Victor Stango, Davis, Christopher Knittel, TLC Laser Eye Centres
SHARE THIS STORYCOMMENT
Print this article
Tiger Woods gets traffic ticket for accident
Spain outclass Czechs, win fourth Davis Cup
Tiger Woods admits 'transgressions,' apologizes 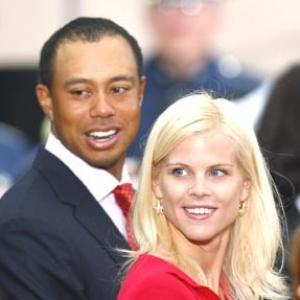