The strong field at this week's World Golf Championships features 27 of the top 30 golfers in the world rankings, including past champions Dustin Johnson and Patrick Reed. 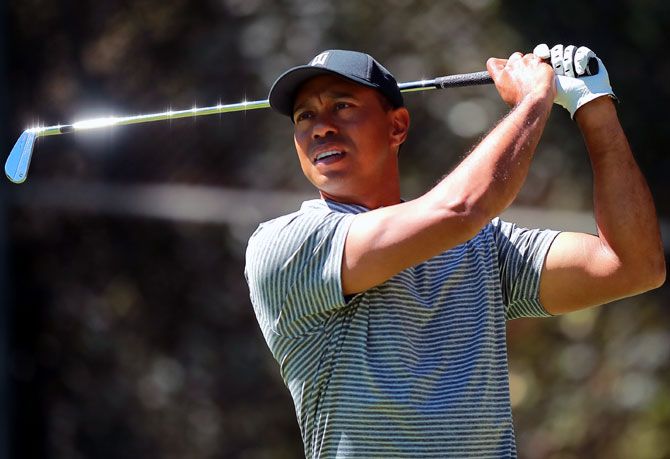 Tiger Woods will compete in Mexico for the first time at this week's World Golf Championships event and said on Wednesday he was not fretting about the new surroundings or losing sleep over the challenges of playing at a high altitude.

Woods, a seven-times winner of the event at six different venues before it was moved to Mexico City in 2017 and renamed the WGC-Mexico Championship, said being in a solid field is all he needs to get fired up.

"I take a lot of pride in playing well in the biggest events, so that being the majors, the Players (Championship), and the World Golf Championships," Woods told news conference. "My record has been pretty good in those events.

"So just because this event has been in different places, it's still against the best players in the world and I've always enjoyed competing against them and trying to beat them and win an event."

Woods will tee off alongside American compatriot Bryson DeChambeau and Mexico's Abraham Ancer in Thursday's opening round at Club de Golf Chapultepec, where Phil Mickelson is the defending champion.

The strong field features 27 of the top 30 golfers in the world rankings, including past champions Dustin Johnson and Patrick Reed.

Woods, who has been unable to compete in Mexico because of back issues, played nine holes on Tuesday and Wednesday and said he is still trying to deal with the challenge of playing in the high altitude at Chapultepec, which is some 7,000-plus feet above sea level and results in golf balls travelling farther.

"The ball was travelling obviously a long way," said Woods, who qualified for the WGC-Mexico Championship by virtue of advancing to last year's Tour Championship, which he went on to win for his first PGA Tour triumph in more than five years.

"The most interesting thing is the ball just doesn't curve up here at altitude, there's just not enough resistance. Shots that I thought I shaped just didn't have any shape to it."

Woods, who will be making his third start of the season after a T20 at the Farmers Insurance Open and T15 at the Genesis Open, said that while he is still trying to sort out his playing schedule he feels much better than he did during last year's comeback season from spinal fusion surgery.

"There's really no comparison to last year," said Woods. "I didn't really know what my golf future would be.

Mickelson arrives at the event in top form after collecting his 44th PGA Tour victory two weeks ago at the AT&T Pebble Beach Pro-Am. In 2018, Mickelson beat Justin Thomas in a sudden-death playoff to end a 96-event PGA Tour winless drought.